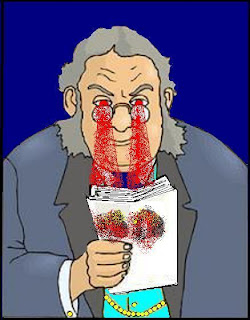 1. The coal miner's daughter was on the cheerleading team, baked to-die-for biscuits, and had a flawless complexion. But none of that mattered to the boys when the new girl moved to town . . . the Gold Miner's Daughter.

2. She was a foundling and so ugly even Sister Veronica was sure she'd never speak. They gave her to the baker's wife: perhaps sweeping the shop would be a good career. The gold miner was her own invention, when she agreed to marry Frank, who seemed fond enough. Two weeks later she started finding shillings in her shoes. A month after that, she caught the frog: her little green father. Hilarity ensued.

3. She was only fourteen, but when her father died, she had two choices: living with her crippled mother in Baltimore, or panning for gold to find her fortune alone in the untamed California gold fields. Hey, can anyone blame her for choosing California? I mean, the woman was crippled.

4. Village hairdresser and former wonton harlot, Janice Hopkins, led her daughter to believe she was fathered by a traveling gold miner. But every year the girl's monumental nose looks more and more like the one gracing the face of Duke Wallace. So maybe it wasn't Tom the blacksmith or Edward the butcher, after all. Plus three pigs and a witch.

5. There was only one thing Lala McGee wanted more than a parrot, and that was a talking mole. Which is what drove her desperate father, Bud Jackson, to dig that night. He didn't expect to find Mayan gold in an empty lot between two mini-malls in the middle of Fort Lauderdale. But he did. And trouble followed.

6. Minnie Murphy's big fat inheritance is a gold pan and a burro, so she rides to Nashville and starts a Birthday Burro Ride gig on eBay to pay for guitar lessons and food until the day she saves a leprechaun from a gang of millionaire's brats, and he puts a charm on her gold pan. Plus a handsome cowboy named Dwight and his loyal dog, Stinky.

Like other gold rushers, fourteen year old Andie Hunt thought she and her father would get rich once they reached the foothills of northern California in August of 1850. [Turned out the real gold rushers got there in 1849 and cleaned the place out. Andy and her dad were, however, among the first of the famed 1850 gold laggards.] After just a month at the Broken Wheel camp, however, her father dies of a sudden fever the “doctor” [He's no doctor. I can tell by the quotation marks.] is unable to cure, and Andie faces a difficult choice: Return to Baltimore for a dead-end life with her crippled mother, [Forget that.] or brave the gold fields alone to find her fortune and make a life in California. Choosing to stay, she soon finds both gold and danger.

Other Broken Wheel miners begin to fall ill with the same fever, and Andie fills in where the incompetent doctor [aka the "doctor."] proves ineffective. When she discovers her father’s illness and death were not accidental, however, she becomes a target and is forced to flee, narrowly eluding a would-be killer. Unable to survive on her own, however, [That's two "howevers" in two sentences. They cancel each other out.] she must return to Broken Wheel to retrieve her father’s belongings. While there, she reconnects with two boys she befriended on her journey from Baltimore, John and Daniel, and they help her settle into an abandoned cabin in a neighboring valley.

Just as Andie’s confidence in her new life is growing, John falls ill with the mysterious fever, and Andie is his only hope. Risking her life to sneak back into Broken Wheel to save John, Andie finds the doctor [No longer incompetent or in quotes, he is revealed as the diabolical supervillain known as . . . The Doctor.] lying in wait for her, and she is captured. Before she can save John, she must rescue herself and confront her father’s killer face to face, relying on help from Daniel as well as from a former enemy. [Enemy? She's fourteen. How old was she when her former enemy was her enemy?]

Gold Miner’s Daughter is a young adult novel complete in 56,000 words. Although it stands on its own, it is the first in a planned three-part series of Andie’s struggles to survive, thrive, and ultimately bring her mother to join her in California.

[Andie: Mom. It took me three years to get here, but I've come to take you to California. Dad's dead, by the way.

Andie: We're not walking, silly. I've got a covered wagon parked outside. All we need to do is survive winter in the Rockies, raids by native Americans, and thousands of miles of lawless, desolate territory, and we'll be at the Broken Wheel mine, where I'm sure all my gold and other stuff will still be waiting for us.]

I would be happy to send you the complete manuscript at your request. Thank you for your time, and I look forward to your reply.

Clearly written which I'm thinking is a major factor for a YA query.

I assumed when Andie discovered her father's death wasn't an accident, either it wasn't a fever or the "doctor" caused the fever. But later (when John comes down with it) you still call the fever "mysterious." If the fever is still a mystery, what information did she discover that shows her father was murdered?

The doctor may be incompetent, but why is Andie John's only hope? What does she know about curing a deadly fever?
Posted by Evil Editor at 8:56 AM

I didn't know wontons had to pay for it, but I guess they aren't much to look at.

I like this one a lot. EE pointed out twice where the reality of travel was a different beast, then: returning to Mom after Dad died and going to get Mom. I had the same problem for a story set in the early middle ages. I had to keep reminding myself how difficult and dangerous travel was then.

The comment about the dead-end life, though perhaps true, lowered the readers' sympathy for your character by 18% (exactly).

Seriously, if Andie basically has the choice between the dangerous travel to Mom with nothing to show for it or trying to make some money first before traveling to her mother's side, then the reader might have more sympathy for her situation.

Although the 'screw mom, I'm striking out on my own' attitude actually might be more appealing to some of the YA audience, it's those pesky editors and agents you have to get this by first.

It is a bit confusing about the fever and the 'doctor' and what is going on there as it sounds like the doctor is some diabolical fiend who started the fever. I think he may be a charlatan who can't cure diddly instead. But you give him some menacing aspect at the end. So maybe he's taking advantage of the fever and the weakened state of his patients to off them - but why? Not like dad found any gold yet.

wonton Harlot
Is she a cold fish, but fresh and tasty with sauce?
Is her favorite food Pork Mu Shu?

You need to make Andie a bit more heroic. As this is written, she sounds a bit dull.

When Andie's father is murdered in the middle of the california gold rush, Andie has a choice - continue her father's grubstake or make the dangerous journey back to her Mother in Maryland.
This sounds much nobler than all the plot details about bad doctors.
With the help of two boys, John and Daniel, Andie discovers a crooked Doctor killing patients and claiming their gold stakes. When Daniel falls victim to the doctor's poisonous leech, can Andie and John save him?

That's a more sympathetic story. I would say that they were out trying to strike gold in order to get money so that their crippled mother can have an operation and live.

Wow - this is one wild set of GTPs.
Fun reading!

I think the query is competent (if wordy) but not compelling. It sounds like maybe there's an exciting story buried in there somewhere, but that excitement isn't coming through. C'mon, this is an adventure story. Isn't it? Think about cutting out the linear synopsis details (this happens then this happens then this happens) and get to the heart of it. Try using shorter sentences to convey the feeling of a brisk, action-packed story. Tone, especially for MG and YA, really helps grab attention.

I like this, with Dave F.'s rewrite of her reasons for not going back--you can have the dead-end life she's escaping in the early part of the query to underline her anticipation at the beginning of the book.

Unable to survive on her own, however, she must return to Broken Wheel to retrieve her father’s belongings seems like unnecessary details--connecting with John and Daniel is important, but it doesn't matter where.

I'd skip Andie finds the doctor lying in wait for her, and just say that she's captured by the doctor. And finally, she must rescue herself and confront her father’s killer face to face is a powerful ending. I'd cut relying on help from Daniel as well as from a former enemy.

I'll fess up to being the author.

Thank you to everyone who commented and also for the awesome GTPs. Dave, you are right on in how I need to look at it differently and play up Andie's heroic role. Phoenix and Ali also nailed it... It's oh so easy to fall into that attractive trap of plot summary instead of hook!

I truly appreciate the feedback and now can start afresh with that different look. Again, EE's site has proved invaluable.

4. Village hairdresser and former wonton harlot, Janice Hopkins, led her daughter to believe she was fathered by a traveling gold miner.

Obviously, a wonton harlot is one who works for Chinese food. And her only customers would be Chinese coolies working on the railroad, so how could her daughter believe she was fathered by a traveling gold miner? Besides, traveling gold is really hard to mine; you have to keep moving to keep up with it, which doesn't leave you much time for fathering children.

And who wouldn't want a talking mole?

If you do your science history research you will find that in the mid 19th century every fever was mysterious, and virtually all "doctors" were practicing "medicine" that frequently killed their patients. Even the well-intended ones didn't know any better.