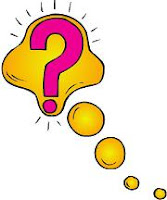 Oh kind editor...do you ever have any words of wisdom for us "older folks"...those women past the age of 50 who are so down on their luck? 2 short stories accepted this week for publication,but a major...as in MAJOR., MAJOR..rejection of a novel....one I thought would succeed..so brutally rejected...when does one know when to face reality and quit?

First of all, fifty isn't old for a writer. For the first thirty years of your life you're a complete idiot, and it takes another ten years to realize that you're still a complete idiot. So in writer years, you're a teenager.

On the other hand, keep in mind that five sixths of your life is over.

I know a writer who wrote more than 15 novels before finally selling one, and who has now sold nine, all to major publishers. Of course, she's not fifty yet. If she'd been approaching fifty and still unpublished, she'd have thrown herself off a bridge. Hey, I'm joking.

I looked into this at Wikipedia. Here are a few late bloomers who should give you hope:

1. Colonel Sanders began his chicken franchise in his sixties.
2. Grandma Moses started painting in her seventies.
3. The great proponent of Gaudiya Vaishnavism, A.C. Bhaktivedanta Swami Prabhupada founded the International Society for Krishna Consciousness at the age of 70.

Laura Ingalls Wilder did not publish her first novel until her sixties. Children's author Mary Alice Fontenot wrote her first book at 51 and wrote almost thirty additional books, publishing multiple volumes in her eighties and nineties. Richard Adams's first novel, the bestseller Watership Down, was published when he was in his fifties. The Marquis de Sade didn't publish his first novel, Justine, until he was 51. Raymond Chandler published his first novel, The Big Sleep at 51. The full article is here: Really Old People Who Managed to Do Something Besides Drool. Ignore the fact that the article has no references and could have been written by your plumber.

Of course, plenty of writers never get a novel published, but I look at it this way: nothing gives Evil Editor more pleasure than reading the writings of Evil Editor. So if you're the same way, I encourage you to immediately purchase all of Evil Editor's books.
Posted by Evil Editor at 10:25 PM

Are you really offering us the Marquis de Sade as a role model? I knew you were evil, but I didn't know you were THAT evil!

OK, so let's say you're 50 now and you're thinking, "I could put another five years of effort in and maybe sell my first novel, or maybe not. But by then I'll be 55!"

Hey, you'll be 55 anyway in five years, so why not keep trying?

Of course, you are all correct. I AM inspired that Raymond Chandler was a"late lifer"..I guess I am just so far down here in Texas and all the famous agents that do the rejecting are so far up north..it is daunting at times....

I guess I am just so far down here in Texas and all the famous agents that do the rejecting are so far up north..it is daunting at times....

Try this. Find a map of the world, stick your finger on TX then come along to the left, keep going across the big blue bit, and just before you hit Japan, start coming down, down through Papua New Guinea, down through mainland Australia, until you get a heart-shaped island. Now all the agents are far to the north. In fact, most of the world is far to the north. So you can't complain about that either, sorry.

Really Old People Who Managed to Do Something Besides Drool...

Hey - don't knock the drooling, it's not easy, drooling in that special way. That's why it takes so goddamned long to get good at it.

Quit? Never! Not until they pry the mouse from my cold dead hand.

"Reality is merely an illusion, albeit a very persistent one," said Al.

Oh, BTW, I am soo enjoying my copy of ND2!! I love the convenient size and shape. I take it with me everywhere I go. AAMOF, it helps me go. Thank You, Evil Editor!!

I'm assuming EE titled this post. It's very unsettling. Can I quit now? Like you've been beat down so far you have to ask permission to not get beat down any further. Made my skin crawl.

But should you quit? Quit what? Writing altogether? Writing novels? Well, you've gotten the good advice to persevere along with an esteemed group who are all of a certain age.

But wait. You mentioned you've had a couple of short stories accepted. Well, what's wrong with being a short story writer? I've made more money on my short stories than many authors I know who've published multiple novels with micropresses or epubs.

But if you have your heart set on selling novels, when do you think you should quit? If you can't get pub'd through the New York houses? If the small presses pass on your work? If the micropresses and epubs say no? What does success mean to you? A 5-figure advance? 4 figures? 3? No advance, but having your name on a book on a retailer's site? Entering contests? Simply finishing a novel?

There are so many different degrees of success. How badly do you want the prize? How high must the bar be? That's all personal to you. Can you quit? Sure, any time. Should you quit? Only when it isn't fun any more. Until then, head down and write on!

And, Xenith, you must understand, it's not a matter of distance. No, no. It's a matter of us and them. Of the center of the universe and everyone else. That's how we Texans think :o)

Yes, you can wait, Church Lady.

I, on the other hand, am still trying to figure out how to set my biological clock on Rewind.