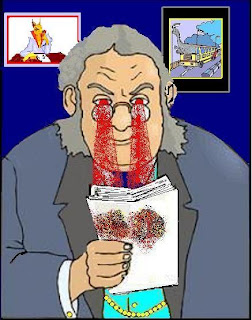 1. When Tammy and June walked into the mall they expected to spend an hour showing off their ipods and braces before meeting Aunt Agatha for lunch. But soon they realized Chucky Cheese was nowhere to be found and a sinister 8th grade boy with pimples was watching their every move.

2. Fourteen-year-old Barbara feels and almost looks like an old woman. She's lived outdoors for months at a time, borne a child, and fasted excessively in search of religious affirmation. Her friend Angela is the same. Eventually they realize that the community in which they've grown up is an extremist cult. Can they recover their girlhood and keep their faith?

3. Lap band surgery and dieting have trimmed Bertha down, but her life hasn't improved like she expected. Even a new wardrobe can't take her mind off her old body. Can she come to grips with the changes of massive weight loss, or will she forever look down at her chest and mourn . . . The Lost Girls?

4. A woman who lives next door to five-year-old Maribeth and eight-year-old Lana loves the girls because they remind her of her own child who was kidnaped in a grocery store. She is so grief-stricken when they move away, she leaves her husband, and sets out to find the girls . . . and keep them. Also, a corrupt clergyman named Bob.

5. When three underfunded soon-to-be-Hollywood-starlets get kicked off the bus in Iowa, they think they might as well be stuck on the moon. Luckily they heroically save blind old Mrs. Abernathy from getting hit by a truck, and she gives them her pink Cadillac, plus gas money. But can they find LA?

6. When on a field trip to a museum, a group of girls make a break for the mega mall across the street while their teacher, Ms. Beaker, is flirting with a hunky security guard. Hilarity follows as Ms. Beaker, with the help of the guard, try to locate the lost girls in a mall full of sale-crazed shoppers while keeping the rest of the kids in tow.

Three months after their mother leaves, their father, compelled by the voice of God, moves Maribeth (5) and Lana (8) Ostrov to Vermillion, South Dakota. [When God tells me to move to South Dakota, I start looking for a new religion.] When they get to Vermillion, the girls are taken care of by Mrs. Blumke an alcoholic, mother of five, whose refusal to accept reality puts Maribeth in danger. [Elaborate, please. In what way does Mrs. Blumke refuse to accept reality, and in what way is Maribeth in danger?]

Deepti Bannerjee lives next door to Maribeth and Lana. She loves the girls because they remind her of her own child who was kidnapped in a grocery store years ago. When the girls move, Deepti is grief-stricken. [They move? They just got there. Did their father move to Vermillion with them, or did he just drop them off at Mrs. Blumke's?] Feeling as though she lost her child all over again, she leaves her husband to find and keep them.

Pastor Bob opens the door to find Ted Ostrov standing on his steps with his two daughters. He concocts a plan to exploit Ted's blind faith and defraud his church of money, [and then he invites them into the house.] which is going perfectly until the flood comes.

The Lost Girls is a 40,000 word literary novel that tells the story of Maribeth and Lana Ostrov and their struggle to be found. [To be literally found by their father after Deepti takes them or by their mother after she realizes she should never have left them with her whacko husband? Or to be figuratively found in the nebulous fog of their batty father's delirium?]

Raised Baptist in a homeschooling family, I am the second oldest of eight children. I am currently pursuing my MFA at_______ in fiction. [Interesting. And what are you currently doing in reality?] The Lost Girls is my first novel.

Just when I was thinking this was the story of Deepti's search for and possible kidnaping of the girls, up pops Pastor Bob, and a new plot, which immediately fades into the floodwaters. If everything in this query is vital to the main story, you need better connections. If some of it is irrelevant to the main story, get it out of the query.

We don't need to know your religion or the size of your family.

What kind of woman leaves her children in the care of their father when he's clearly not all there?

It's going to be extremely difficult to find a publisher for a novel this short nowadays. Any chance you could squeeze in another eight or ten chapters?
Posted by Evil Editor at 7:51 PM

Sounds more like 2 or 3 short stories, not so much a novel. Have you been subbing the various episodes to lit mags as short stories? If not, you might want to give that a try and see what the response is.

Seems like a lot going on for only 40K.

Or is this a middle grade book (or could it be)? Then the word count makes more sense.

I think your query is disjointed paragraphs on each of the characters who seem to have a lot going on in the book.

Perhaps if you tell a bit of the story from one character's point of view. Who is your MC?

If this can be a middle grade novel, then one of the kids would be your MC. But it does sound like Dad has his own thing going on. Actually your query makes it sound like there are quite a few MCs.

Make sure you write this with the focus on the POV character. ("When Lana Ostrov's mother leaves, her father hauls her across the country. But Lana's babysitter is crazy and her new pastor is out to fleece her father for all he's worth....")

If it's really this short, I would expect deep, brilliant imagery and meaning in every sentence.

one - the story of why their mother leaves and abandons them.
two - the story of the grief-stricken Deepti who decides to either kidnap the children or save them. (isn't Deepti Bannerji a Pakistani name and I'll bet it was a fast food joint - argh! Ugh! eeek!).
three - the exploitations of the father's blind faith by the (cliche-ridden) preacher who rips off the nickels and dimes of his parishioners. Don Imus once wrote a song titled - one sacred chicken to go - about a fast food chain type church that promised "one sacred chicken to go, one with the heavenly glow" You drive up, buy dinner and get saved at the same time. Tock of Ages cleft for me for a slightly higher fee... But I've digressed into humor...

This story sounds fascinating to me. I understand more of the core of it by reading EE's GTP, to be honest, than I did by reading your query (which may, in all fairness, be a little bit because EE's blue lines always make me laugh).

Anyway, it seems to me the word count is, as others have mentioned, an issue, if this is in the category of literary fiction, but I find your subject matter potentially truly engrossing, on many levels.

Good luck to you.

Given how much is going on in the query, your word count makes me wonder if your scenes are fully developed.

It's true that religion and family size shouldn't normally be mentioned in a query. But I totally get why this person did.

I was also raised Baptist in a homeschooled family of eight...and btw that doesn't mean someone is still Baptist...in my case I am the eldest. When I read the title "Lost Girls" my mind flew to a religious setting: my fake plot was the cult one (Barbara and Angela.) I am also compelled to write about the dynamics of religion gone sour. Believing in God while mistrusting the form of faith in which you find yourself is one of the most poignant ways of being lost, and I think that speaks to the situation in which vast numbers of people find themselves.

Writer: perhaps if you want to show how your background prepared you to write this book you could state that outright instead of implying it.

Something like, "The conflicts in this story are informed by my experience growing up in a fundamentalist family." Just speak directly about the connection between your experience and the book. Rather than mentioning your experience but failing to show how it connects.

BTW whoever came up with the weight loss one got a huge laugh out of me!

Queries are difficult beasts to tame, so I'm going to give you the benefit of the doubt that this query is really not indicative of your real writing style.

Think about what you're learning in your writing and literature classes about literary fiction: character and issue-driven stories. Thematic. Plot may take a bit of a backseat, but when it does, the characters have to be especially strong.

But what in your query paints a compelling picture about any of your characters, much less the complications in their lives? The kids appear to be the focus, or at least the common thread among the cast of characters, but we get nothing about the kids save their names and ages.

Blumke's an alcoholic, and puts Meredith in danger. So? This piece of news needs follow-up of some kind. Is Blumke a villain? Does endangering a child cause her to have a crisis of conscience?

Banerjee is a bit more fleshed out, but I think we still need more about her interaction with the girls and how her own life will be affected. And was her daughter killed, never found, or returned? The "never found" scenario would provide more immediate insight into Deepti's pyche, I think.

Ted's the father of the girls and has the girls with him, but we know nothing about his relationship with them. Is he working hard to give them the best life possible? Foisting them off on the first alcoholic babysitter that offers to watch them? So wrapped up in his own demons that he doesn't really think about the kids? From the query, I don't know whether he's someone to root for because he's just misguided or to hope the flood carries away.

And Bob sounds like he was tossed into the mix last minute.

After flood waters sweep the girls away during a tent revival, they're lost and presumed dead. Over the next heart-wrenching days searching for the children they love, Bannerjee comes to terms with her own daughter's death, Blemke takes the first step out of her addiction, and Ted learns that keeping faith in God doesn't mean losing faith in himself.

But before the end, we need something more in the beginning to make us care about these characters.

helpful comments, thanks!
And yes, it is going to be longer. It is already 45,000. 40,000 was just first draft length. I think third draft will be closer to 60k. But thanks for the comments and kind concern.

Best laugh of my day, thanks debbie.