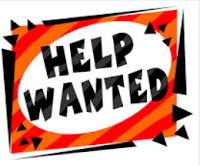 The author of the book featured in Face-Lift 1396 would like feedback on the following version of the query:

For millennia, magic has been the exclusive domain of a select group of men; stolen from witches, crafted into books, catalogued in a vast and ancient library, for these men alone to wield. To wrest control of the Library for himself, one desperate man will do anything, even give magic to a woman. [This is clearer than the previous opening, and seems to say the opposite of what I thought was the history of the world. I'm not sure "desperate" is the right word. If he wants control of the Library for himself, I'd call him "rapacious" or "power-hungry." Or is he desperate because he needs complete control of the Library to save his family from some villain?] [It might help to name this desperate man so you don't have to refer to him as "this man" in the next paragraph.] [As we don't know why giving magic to a woman is a bad thing, maybe the third sentence could be: Now one of those men, Lazarus McTavish, wants to seize control of the Library for himself. (If Lazarus isn't "one of those men," describe who he is)]
Alexandrea Hawthorne doesn’t know she’s that woman. [Obviously if you change the last sentence of P1, You must change "that woman" to another description (for instance "the only person who can stop Lazarus."] A curse leaves [spell cast by her father has left] her unable to see, hear, or know magic. A recurring nightmare is her only warning of the incredible danger coming, as this man [Lazarus] expects [needs? demands?] her participation as his willing pawn. Removing the curse [Breaking the spell] is the first trial she must endure. Once she discovers the truth, Alexandrea will question everything she believes. Did her father steal magic for her to overthrow the establishment or benefit it? ["The truth," and "everything she believes," are vague.] Once she realizes magic is real, Alexandrea must decide: did her father steal magic to benefit the establishment . . . or to overthrow it?]
Success and failure threaten Alexandrea equally. Failure means the loss of magic for all women for all time. [Failure to benefit the establishment or to overthrow it?] Should she succeed, she will finally learn if the plan all along was merely for her to steal magic from one group of men to give the power to another. [If she doesn't know whether she's supposed to benefit or overthrow the establishment, how will she know if she succeeded or failed to do what she was destined to do? Say she guesses that she's supposed to overthrow the establishment. She could succeed only to find out she was supposed to benefit the establishment. And vice versa. She needs to know what her goal is before she takes action or we won't know whether to root for her to succeed. Will the world be a better place if women have magic? If so, tell us. And show her.] To negotiate the maze of dangers, Alexandrea must trust even those who seek to do her harm.
THE BOOKS OF ALEXANDREA, 125,000-word adult urban fantasy, unfolds in a contemporary world where few believe in magic. Even women who call themselves witches doubt its existence. My book contains women of diverse backgrounds and orientations.
In 2019, I published A GOAT AND TEN COINS OF SILVER in World of Myth Magazine and GOODNIGHT in Exposition Review’s February Flash-405 Contest (republished in 2020). 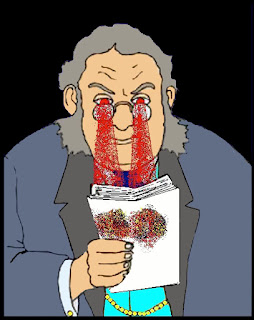