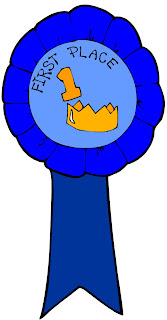 Choosing the best individual fake plots would take forever. Thus the awards are for the best sets. As the authors of the fakes are you guys, I have chosen the order of finish myself.

1. It was his song; it was her song; it was their song. And hearing the cover band butchering "The Wanderer" on the night of their anniversary pushes Christine over the edge.

2. "The Wanderer" arrives,
From another time and place.
Lilly falls in love with him,
He takes her into space.
But then the ingrate ditches her!
The guy was just a bum.
All men are jerks no matter,
What planet they are from.
They're all wanderers. Yeah they're wanderers.

3. Denny is the type of guy who’ll never settle down.
His ex-lovers stalk him as he roams from town to town.
When they suddenly attack him with cleavers in the night,
Janie takes his left arm, and Mary takes his right.
He nearly escapes from all the fuming rest,
But they reach inside his shirt and pull his heart out of his chest.
He's through wandering . . .

4. Larry's new gig as a Dion impersonator is taking over his life. When he gets slapped with a sexual harassment lawsuit, can he blame the lyrics of "The Wanderer" for hugging and squeezing girls who don't even know his name? They call him The Wanderer. Yeah, he's a wanderer.

5. Wilbur went out shopping, got an early start,
Biggest box store ever, Super-Duper-Mart.
When he finished shopping, he wandered all about,
Couldn't for the life of him, find the exit out.
Now he's a wanderer. He's still wandering. He roams around around around around . . .

6. Mary takes her husband,
On her business trip to Rome.
While Mary's at the conference,
Frank wanders 'round alone.
In the red light district,
Checking out the chicks,
He suddenly spots Mary
On the corner turning tricks.
She's the wanderer . . .

7. She knew it was the wrong time of day to go to the mall.
She drove around the lot, couldn't find any space at all.
Desperate for a ladies room, her tushie hurts like hell.
Stuck between two minivans, in section double "L,"
She's the wanderer . . .

4. Limorek Ironwood and the Sacred Crown

1. When Lim saw Jesus's thorny crown,
On a museum shelf he took it down.
He mistook it for grass,
Tried to smoke it, alas,
He burned the whole place to the ground.

2. A young man named Limorek Ironwood
Tried to roar just as loud as a lion could.
But the king of beasts roars,
While Lim sounded more
Like a porpoise or dolphin that's dying would.

3. Limorek was always impressed
With his dentist, who he thought was the best.
But when the oral surgeon
Sacrificed a virgin
Before Lim's root canal, he reassessed.

4. At Toadflax Magic School, London town,
It takes two years to earn cap and gown.
While his classmates took tests,
Lim embarked on a quest:
The seduction of sexy Ms. Crown.

5. King Ben felt his crown was too dim.
So he called in a young squire named Lim.
Then Lim and his team
Found a crown that did gleam.
Sir Lancelot had nothing on him.

1. As hordes of rowdies march toward Roan Castle, Minnie Murphy grabs her wedding dress, jumps on the nearest horse, and starts a thundering stampede. The villains run away! Minnie saved the day! Then she finds a priest and her cowering beau, Sir Falderall! It's City Slickers meets Camelot as the wedding goes on as planned!

2. When musician James Morgan inadvertently releases the Horses of Roan, a man/horse demon gives him two weeks to get them back. But how? Can Morgan's music charm these savage beasts out of the swamp? It's Amadeus meets The Horse Whisperer, as Morgan races to round up the herd.

3. Professor Jones leaves more than a tip behind for busboy Cole Wyatt. Stuck between chili smeared napkins, Cole finds a copy of a map and the Professor's notes, notes that describe the treasures of the "Horses of Roan." It's Raiders of the Lost Ark meets Diner as Cole seeks the road out of greasy spoon hell.

4. While the Knights of Roan get drunk on rum at the Roan Tavern, their enemies, the Knights of Naor, steal all the horses. Now what? Must King Roannaor cancel the jousting match? It's Monty Python and the Holy Grail meets Marie Antoinette, as Queen Naorroan says, "Let them joust on foot!"

6. Joey McDeever, son of a rodeo cowboy deadbeat dad, sees the Lippizaner stallions on TV and realizes his calling is to train horses for such grace and beauty. But all he's got is two worn-out, brownish nags. It's Seabiscuit meets Kramer vs Kramer as he trains the horses into champions, only to have his father return to fight for custody.


2. The Theft of the Daidanna Dankenka Maru
1. An animal trainer, a schoolteacher and an astronaut steal Earth's first starship in order to escape the Earth's pollution and recreate Earth's biosphere on another planet. Also, a suicidal whale.

3. Alex, a two-bit street thief, determines to join the ranks of the master thieves by stealing the Daidanna Dankenka Maru, the most often stolen artifact in the world. Now, he just has to figure out two things: where it is, and what it is.

4. By the time Tony "The Stutterer" Calabrese has finished explaining the intricate details of the heist to his street crew, the cops are on to his scheme and he's on the run. Next time, he'll just rob a bank and forget about the Daidanna Dankenka Maru.

5. Police Chief Jake Martin is having no problem tracking the stolen masterpiece, the Daidanna Dankenka Maru. It's filling out the police report that's so difficult.

6. When a new Virginia class attack sub is christened USS Daidanna Dankenka Maru, some of the higher ups in the Pentagon have a conniption fit. They assign Black Ops Specialist Trick Lambert to do the one thing more difficult than pronouncing it: steal it, and send it to Davy Jones’ locker.

4. Wen Bob becomen depresset wit his life as an inshoorance salesman, Marsha inspiren him teh flee his suboorban home 'n' try teh make it in Alaska, as a Reggae droomer wit dretlocks down to here 'n' deh awesome rhythm.

6. Pikachu, Charizard, and all deh other Pokemon's bein' driven out of deh hearts of deh elementry schoolers by deh Joombie-mon, who look'n like bad-assed, fire-breathen Tele-toobies, only worsen. Wit millioons in advertisen at steck, deh battle's on.

For those interested, the real plots, in order from #5, were:

Oh yes, I remember each of these well, and the awards are well deserved. But who was on the judging committee? I think we need Zack Martinez or Amelia Pettipants on the case... they'd find EE's fingerprints all over most of those fake plots, I'm guessing.

When I finish the re-write of another novel I'm in the middle of, I'll clue you in what the "secret of Jumbie-mon" really is.

Meanwhile, keep up the fun!

I liked this one, and the limericks, especially limerick #3.

I voted, believe it or not, because apparently I didn't read EE's thingie before I read the GTPs. Oh, well.

Hi EE & Minions-- it's fun to see a few of my old guess plots again. I used to struggle for weeks to write a premise for anything so I started writing these for practice. About a zillion plots later, they come pretty easy, but what's even better is -- I learned how to build a better plot. Yeah, the real query trouble was: most of my poor stories were boring and/or stupid, even in 40 words or less. So I worked on that and three pub credits later, I think this is a great site, very helpful. Thanks.

Have to agree wholeheartedly with anonymous 9:12. While most of my GTP entries are frivolous exercises in inanity, creating a good one hones the skills necessary to come up with that elevator pitch. It works the other way, too, as anon 9:12 pointed out. In fact, my current WIP evolved from one of my better GTPs.