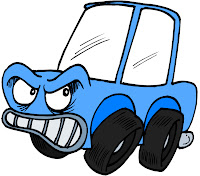 His Majesty could have driven a Jaguar or a Mercedes, so why is he so obsessed with the rusted Ford Falcon that once belonged to Steven King? He claims that it talks to him, but is King George insane, or is an automobile running the kingdom?

The warden may make the rules, and the guards may enforce them, but everyone knows former gang leader George “King” Ramone is the true ruler of San Antonio’s California State Prison. His ruthless ways have made him feared and respected—but mostly feared. Even the guards are forced to call him “Your Majesty,” especially when they find themselves backed into a tight corner.

One fateful day, an old rusted Ford Falcon comes through the prison shop to be fixed. The car, George learns, can talk, and used to belong to Stephen King, who just happens to be George’s favorite writer. It’s not long before the car reveals its diabolical plan: get George to escape prison and drive to Maine so it can be reunited with its former owner.

But George has problems of his own. He can only hold on to his power so much longer, what with all the gangs and factions plotting against him all the time. Soon he’s taking advice from the car, and everyone in the prison notices a change. Can George make a correctional facility a kinder, gentler place for his own sake? Or will he follow the car’s and start killing those who are plotting against him?

I have been published in Dweeb’s Journal and Sci-Fi for the Lonely Guy, as well as other publications you’ve probably never heard of. King’s Falcon is 122,000 words long. I have enclosed the first ten pages and would be thrilled to send you the rest of the manuscript.

As writers, we sweat wankcheese at the prospect of anyone in publishing running their eyes over anything we've ever written - up to and including post-tight corner juvenilia.

Not 'pleased' or 'happy' or 'delighted'.

Love the credits! Great imagination. And the car wants to be reunited with Stephen King? Nice one!

"I have been published in Dweeb’s Journal and Sci-Fi for the Lonely Guy..."

"Sci-Fi for the Lonely Guy" -- for some reason this reminded me of Bill Nye the Science Guy. Wonder if he reads that particular journal?

Those 'publication credits' are funny.

Sorry, I got lost wondering where San Antonio's California State Prison was. The voice of this seemed a little YA for a horror/thriller. Still, I love the idea that the car wants to be reunited with King, and that it somehow ended up in a California prison.

Yep, pjd, this is my first stab (heh, heh) at a query. Perhaps I should do something more like whilochre's below (#1)?

Thanks for all the comments, y'all!