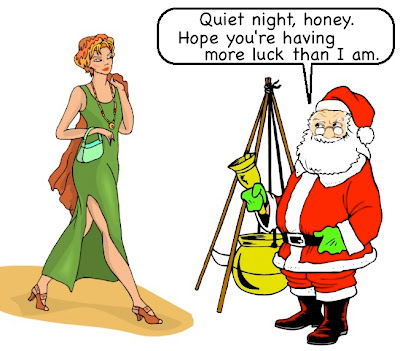 Your caption on the next cartoon! Link in sidebar.
Posted by Evil Editor at 6:50 AM

Doh! Another one of those that's so natural and obvious once somebody has pointed it out for me. Good one!

Fancy swapping clothes? It's time I came out of the Tranny Closet...--wo

Anon, you are a genius. Perfect deal here.

What's 'sigh' about this, Buff?

And what's the quasi-apologizing about, Sparky?

I've been a card-carrying member of Ball-Buster Women (of one sort or another) since I was the kid who was the neighborhood bully, but I also both 1-like men a lot unless they're assholes, AND, 2- know that whores have been around since sex drive has been around, so yeah, that would be since before recorded history.

I can kind of see Buffy's point: there have been too many of these cartoons recently depicting "EE" as a crass, almost sociopathic, buffoon with a lack of social graces or respect for his fellow man/woman/etc. rather than the sympathetic, generous and thoughful intellectual we all know and love. I vote for more cartoons that depict "EE" being nice, compassionate and respectful. And kittens. How about a cartoon with kittens?