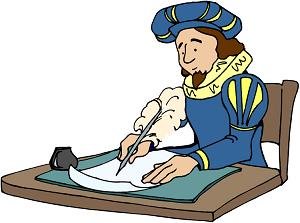 Can we do “classes” on things such as dialogue? Maybe I’m not the only one who rereads what I’ve written and thinks…oh, gee, this would be really good if I lived in the land of wooden, stilted people with nothing to say that anyone with a brain would want to hear.

Sure. Here's your first homework assignment. Write an excerpt from one of the fake novels described below, an excerpt consisting entirely of dialogue. It may include brief action. For instance:

"Where've you been?" Jean asked.
"Had to work late," Orville replied, opening the refrigerator.
"I phoned. They said you left early." She tightened her grip on the ice pick in her right hand.

The deadline is 5 p.m. Eastern Sunday, but I'll publish them as they come in. Humor is encouraged, but not required. Try to keep them under 250 words.


1. Were they just a tissue match, or were they kindred hearts? A transplant patient falls in love with the ghost of her donor.

2. As a rite of passage, Briana knows she must dance naked around the bonfire on the solstice. But if Alric sees her birthmark, he may guess the dark secrets of her past.

3. A longtime nun begins to question her life's choices when she falls in love with a man on a visit to Rome, a man who proves to be the Pope in street clothes.

4. Nothing less than a burned and bloody corpse could force Hematologist Mark Ungaro to work with Dr. Kimberly Bishop at Presbyterian Hospital. Kim, a Park Avenue dermatologist, had treated his wife into a mid-life crisis and ruined his marriage.

5. When the president loses his remote somewhere in the White House, right before Desperate Housewives, a state of emergency is declared.
Posted by Evil Editor at 10:59 AM