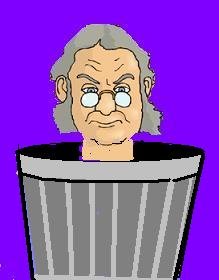 1. They're convenient, cheap, and easy to come by. But when the landfill starts to overflow, the consequences are worse than global warming.

2. An inside look at the publishing industry, from the politics to the heartbreak. At last, the startling truth about what editors, publishers and agents think about authors.

3. On his way home from school, fifth-grader Tyler Sykes falls through the Portal of Contrivance and finds himself in Pamperland, an enchanted world populated by sentient diapers. Can Tyler escape before he’s nappy-handled and fed to the evil People Genie™? Well . . . it depends.

4. When an engineer at Weta makes a breakthrough in artificial intelligence, it means that the computer-generated "people" in their movies become almost too real. When the engineer comes in one morning to find they've unionized and are going on strike, production on the latest epic fantasy movie grinds to a halt.

5. They're called the Disposable People--the clueless college kids who enroll when they can barely read, who come from tiny communities where crime consists of a beer run, who've never eaten Thai. And Dr. Ravitz can't wait to begin the process of eliminating those who've dared set foot on his campus.

6. When John's life and marriage begin crumbling around him, he turns to Internet chat rooms for solace, and meets a psychotic woman named Eva. Now it's just a matter of which one will orchestrate the downfall of the other one first.

When a beleaguered crime scene cleanup employee, John Leland, turns to Internet chat rooms to help deal with the stress of his job, [Though Evil Editor was unfamiliar with this job, he has been enlightened by Google, and now saves his minions the trouble of researching it themselves:

1. Erasing chalk outlines of dead bodies.
2. Disposing of criminals' teeth and other evidence of police brutality.
3. Scrubbing getaway-car tire treadmarks off the streets.
4. Cleaning pools of blood out of white carpeting.
5. Hanging naked corpses from meat hooks and hosing them off.]

he unwittingly befriends a psychotic woman, Eva, who ruins his life. My 65,000-word first-person novel, Disposable People, is a suspenseful contemporary story for adult readers who appreciate the work of authors such as Chuck Palahniuk and Bret Easton Ellis. [The only thing I know about Chuck Palahniuk is that his name is an anagram for Haiku Lack Punch. Here's a Haiku he wrote, and it definitely does lack punch:

Bret Easton Ellis
If you can stand him, you'll love
Chuck Palahniuk]

After Eva makes a simple request of Leland--clean me up when I die-- [Which Internet chat room do you go into when you're looking for someone to hose you down when you die?] his life quickly devolves in a series of seemingly disjointed incidents. Eva weasels her way into Leland's confidence before inexplicably disappearing, and John, at loose ends, turns to his new white collar ex-con neighbor, Murph Norris, for friendship. The two men hit it off, and Murph finds employment at Leland's crime scene cleanup company by covering up his past.

As John grows more detached from his family, seeking solace from his profoundly disturbing line of work on the Internet, [Move "on the Internet" after "solace."] one of his children dies. The loss sends him into a tailspin, and Leland can do nothing but watch his life and marriage fall to pieces. Staring down the barrel of crushing failure, he decides to bury his mistakes in a giant workload by starting his own cleanup company with the help of his criminally inclined neighbor, Murph. As Leland's mental devolution picks up speed in the following months, he paradoxically becomes more successful as a businessman.

Following the cast of characters through a series of criminal and tragicomic events--from Tijuana, Mexico to Anytown, America--the events [Is it the events that are following the cast of characters?] that lead to Leland's ruin become increasingly interconnected and sinister, as he spends his free time justifying growing moral compromises with magical thinking. [Magical thinking?] When Leland hits the pinnacle of pop culture success--fast cars, loose women, soaring stock price, and a ruined family--his initial relationship with Eva turns out to have been coldly premeditated, as Murph and Eva orchestrate his downfall towards their own nefarious ends. [What incredibly bad luck he had. The one time Evil Editor befriended an ex-con and a psychotic woman, everything worked out great.]

As a full-time freelance journalist I've published a wide range of articles in the areas of technology, business, and pop culture, themes that factor heavily in my novel. My short fiction has been published in the San Diego-based culture and fiction e-zine, Turbula. Thank you for your time and consideration.

When beleaguered crime scene cleanup employee, John Leland, starts visiting Internet chat rooms to deal with the stress of his job, he unwittingly befriends a psychotic woman, Eva, who weasels her way into his confidence before inexplicably disappearing. John, whose life and marriage have been in a tailspin, turns to his new white collar ex-con neighbor, Murph Norris, for friendship.

After one of his children dies, Leland buries his pain in a giant workload, starting his own cleanup company with the help of Murph. Strangely, the worse things get in John's personal life, the better his business does, until he reaches the pinnacle of pop culture success: fast cars, loose women, soaring stock price . . . and a ruined family.

As Leland spends his free time justifying his moral compromises, a series of criminal and tragicomic events, increasingly interconnected and sinister, lead to his ruin. His initial relationship with Eva proves to have been coldly premeditated, when Murph and Eva orchestrate his downfall to their own nefarious ends.

My 65,000-word first-person novel, Disposable People, is a suspenseful contemporary story for adult readers. As a full-time freelance journalist I've published a wide range of articles in the areas of technology, business, and pop culture, themes that factor heavily in my novel. My short fiction has been published in the San Diego-based culture and fiction e-zine, Turbula. Thank you for your time and consideration.

The following excerpt is a bit heavy on the figures of speech:

The loss sends him into a tailspin, and Leland can do nothing but watch his life and marriage fall to pieces. Staring down the barrel of crushing failure, he decides to bury his mistakes . . .

My goal was to shorten the letter, and I hoped to make the book sound less depressing by eliminating the following phrases: his life quickly devolves; crushing failure; profoundly disturbing; mental devolution; ruined family. It still sounds like a downer, however, because there isn't enough here about the suspense aspect. I think we need to know more about the scheme Eva and Murph pull off, and less about John's abject misery. Right now, it sounds like, How much misfortune can I pile on this guy before he breaks?

If the suspense lies in wondering whether the good guy or the bad guys win, we need to know what the bad guys are up to.
Posted by Evil Editor at 5:26 PM

Yeah, that sounds like a gloomfest. Down, down, and downer. I wouldn't read pages. Maybe in part because I know too well what crime scenes look like...

Disposable People is also the title of Kevin Bale's harrowing account of modern slavery. That book made a pretty big splash, I think--probably lots of folks would associate your title with it.

"As Leland's mental devolution picks up speed in the following months, he paradoxically becomes more successful as a businessman."

Now I understand why my time in the dot com world didn't end in my becoming rich -- while the CEO's of my little companies were crazy, they weren't full fledged psychotics (at least, most of the time).

You may think I'm kidding and I sort of am. In truth, most time at work is more profitable in my experience when my bosses walk more on the sane side -- but then, my startups weren't profitable. Other people had better luck, but since I wasn't at those companies, I can't speak for the mental health of their leadership. :-)

I think Leland is also a first name. Either way, on the first read-through, since the author refered to the protag as both 'John' and 'Leland,' I read them as two different people.

Soaring stock price? For a crime cleanup company? Really. Hmmm. That may be suspending belief a bit too much.

Anytown, America? Where is that? Why isn't it Ciudad, Mexico, then?

Adult readers? Because you explicitly say the book is for adult readers, I'm thinking this book is at least R-rated. Yet your query doesn't hint at hard language or lots of sex. Why specify adult readers when you've already said it's a contemporary with elements of suspense? I wouldn't mistake that for a middle-grade book or even YA.

"Clean me up when I die"? Isn't the funeral home personnel tasked with this? Or does the crime scene cleanup crew also do funeral prep work? I kept wondering why Eva would ask this, even if she were hatching some diabolical plot against John.

EE has succinctly shown you the bloat in the query and how to cure it. Hopefully, it's just the task of query writing that's daunting you. At 65,000 words, your novel is a tad lean. I'd hate to think that it suffered from word bloat as well.

Good luck with the work, author!

Author, your idea sounds original and I love con game stories. My concern about this one is that the protagonist sounds passive--stuff happens to him, and he reacts. I can only connect with an active protagonist who has a clear goal he/she is trying to achieve. I don't get a sense here of what the protagonist wants.

Seems like a cool story. I'd wanna read pages.. love the choice of occupation.

I'd want to read this book. The query shows enough intrigue for me to want to know the details, and it sounds like an interesting story. Plus, I like f**'d-up characters, and these folks sound like they fit the bill.

I had the "Leland" vs. "John" problem, too. The first time he was called just "Leland" I thought, "Wait, who's that, his neighbor? No, his neighbor's Murph..." I'd just call him John.

This sounds like it could be fun. The query says there are tragicomic events, but they are mostly tragic. Except for the "soaring stock price," which is not believable unless it's part of the comic. He could name his company Gut Sweepers, Inc. Then his stock symbol would be: GUTS. That's a sure fire way to attract investors. I imagine a big white box van with a cartoon janitor painted on the side attacking a tangle of intestines with a push broom.

I didn't have a problem connecting "John" and "Leland" together. I've never heard Leland used as a first name.

But the name did remind me an awful lot of Jim Leyland, the eccentric and beloved manager of the Detroit Tigers.

Probaby not the image you were going for.