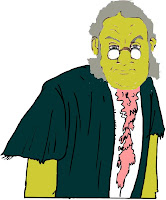 1. Panic sets in at Glitzy Gloria's Hair and Nails Emporium when all of Tuesday morning's ladies turn up with pasty white complexions and a taste for brains.

2. When her parents quit their jobs and move the family to Tennessee, Cami ends up with a summer job putting abnormally intelligent zombies back into their graves. Talk about your dead-end jobs.

3. Gelsey's an ambitious young ad executive with a credit stealing boss, a sassy back-talking best friend, and a cute but mysteriously shy handyman who just may be the face of her next campaign. Oh, did I mention they're all dead?

5. Professor Henchly has a theory about the brainless dolts in Economics 101. He decides not to tell Dean Rodafescu the university has a serious problem, and tries to proactively solve the problem with a spray can of insecticide but his theory is wrong and everything goes horribly awry.

Camielle Moreno never imagined that she'd be spending the summer before her senior year putting zombies back in their graves, but when her parents sign a contract with the Wrights, one of the secretive Families responsible for dealing with the undead, quit their jobs, and move the family to Tennessee, she doesn't have much choice. [It's true. If you move to Tennessee, you have no choice but to deal with the undead.] Now her family's future is in her hands. If the Wrights like her, her parents and younger sisters will have money and advantages they never dreamed of. If they don't, the Morenos will be jobless and penniless. [I know zombie work pays well, thanks to the extra hazard of possibly having your brains eaten, but isn't the kid gonna quit after three months? Can three months of zombie work really have the family sitting so pretty?]

With no friends, a mentor that hates her [Why?] and a job that involves re-killing small children and family pets, [I could never kill a zombie hamster. A zombie kid or cat, yes, but not a zombie hamster. In fact, I would let it eat little bits of my brain. They say we don't use 90% of our brains anyway. I would say, "Here little fella, have a morsel of grey matter."] Cami doesn't think things could get any worse. But then Gramps, the Wright patriarch, dies, and things get weird. A rival Family decides they want Cami for their own, abnormally intelligent zombies appear wherever she goes, [Zombies who eat only the brains of geniuses would be abnormally intelligent. They would quickly become leaders of the zombies. But would they gravitate to politics and education, or the arts? A zombie orchestra would be cool.] and Cami's mentor is suddenly begging for her help.

Can she figure out what's going on before someone gets hurt?

Written for the young adult market, Zombie is complete at 60,000 words [Just Zombie? No exclamation point? You can expect the publisher to change that.] and may appeal to fans of Maureen Johnson or P.C. and Kristin Cast. Sample pages are available upon request.

There's too much information in your first sentence. Cut it off after "graves." Then you can say: Unfortunately, her parents signed a contract with the Wrights and moved the family to Tennessee, so she has no choice.

Mind if I pick your brain for a minute? Is there something about Cami you're not telling us? Usually an inexperienced high school kid isn't in such demand. We need to know why she's the one, and why her parents are willing to bank everything on her.
Posted by Evil Editor at 9:51 AM

It strikes me that Cami sounds old enough to be sent to Tennessee by herself. Why do the whole family have to up stakes? (sorry)

It might be useful to have a line of background on why/how Cami has the necessary zombie-burying skills, and how the Wrights found out about it. And isn't killing small (even already dead) children a bit OTT? I'm pretty sure I wouldn't want to read that. But then I'm old :D. I found the story of all the families getting turned into Hands in Abhorsen too much for me. Old!

I rather liked the sound of GTP #4, whereas zombie stories in general leave me cold. Sorry.

The only reason the Wrights agreed to take Cami on as an employee is because her parents created a monitoring system that the Wrights really wanted to get their hands on. Letting Cami (and potentially her younger sisters) have a shot at breaking into the zombie-slaying market was the perk that kept her parents from selling to another Family.

The rival Family wants her because they've had a chance to see how well her parents' system works and they want it for themselves.

None of which is clear in the query, so that's my fault.

And I hope a publisher will change my title! I'm not attached to that sucker at all.

Thanks for all your suggestions and questions; this was really helpful!

Everything EE said is what I would have said--sorry, I know, not helpful.

You could leave out the second sentence in the second paragraph(about Gramps). If not, be more descriptive; "things get weird" is vague and the construction is too similar to "doesn't think things could get any worse" in the previous sentence.

This sounds like a fun read--takes "crazy summer job" to a new level. I would definitely pick it up at the bookstore or library.

I love the concept and the voice. Does need a bit of work. I think EE covered everything I thought of and then some.

Good luck. I'd love to read this when it comes out. Sounds like a lot of fun.

I agree with EE, it seems like that's something special about Cam that's been left out. What makes her perfect for the zombie fighting business? Best of Luck.

What I wasn't prepared for was the fact that there are "Families" who handle paranormal things and that they can buy and sell other families to do as chattels or peasants. It's a feudal society. If it is set in the modern age with cars and backhoes and cell phones, that's fine. It's the feudal part that surprised me.

As for the Title, I write short stories with working titles. When I finish the story, then I look at it and find a new title that echoes part of the story. For instance, the working title "Amoral Turpentine" turned into the more respectable "Chief WhiteFeather of the Corona Grande Tribe." The title is for your novel and you should have the best ideas.

Zombies tend to bore me, but this is interesting:

"The only reason the Wrights agreed to take Cami on as an employee is because her parents created a monitoring system that the Wrights really wanted to get their hands on. Letting Cami (and potentially her younger sisters) have a shot at breaking into the zombie-slaying market was the perk that kept her parents from selling to another Family."

Killer Summer? One HELL of a Summer? Halloween in July? The Undead Meet the Unwed.

Ok. I'll stop before I hurt someone. (But that last one is a GREAT title... For an entirely different book.)

In the first paragraph, you outline the stakes as: the Morenos will be jobless and penniless. These seem like incredibly low stakes for a girl who works for a mafia and kills zombies. I feel like the bigger threat is the possibility of Cami being "taken care of" by the Families or having her brain eaten by zombies. Those, to me, are scarier than losing a job. Plues, the Morenos are inventors of things people want. So . . . joblessness doesn't seem like an issue.

In fact, I don't know that the part about the Wrights liking Cami (or not) needs to be in here, because death or becoming a zombie are higher stakes, and more relevant to the plot.

I also am not sold on the relevancy of the mentor in the query. How important is this mentor? If the answer is "very," I feel like the query needs more info on her/him.

It sounds like the Families are what really set this story apart from other undead-slayer stories, and I'd like to know more about them.

I was much more interested in it when you explained the rivalry and why the parents are there. I think if you add those aspects to the query, it'll tighten it up a lot and give editors/agents more to go on.

I like the concept and it's definitely something that would interest my kids.

I think that this sounds like a possibly very good read, but the query letter is doing what I really find annoying, and that is giving bits of info and not following up. It's a big series of teases, and ends up making you look like you cannot write coherently because you haven't written a paragraph that explains anything. You just drop statements and then drop more apparently unrelated statements.

And a lot of what's there seems unneeded.

Something's not adding up.

I love GTP 4! I would totally read that!

Also, I like lots about this story, but it's not well represented by your letter, Author. You might start off with saying that Cami's folks have something the Zombie slaying Wrights want, and why the cachet (or whatever) about being a zombie slayer is something that Cami should want, but doesn't, yet her parents lock her into it anyhow. You make it sound like her success is the family's only hope, like they are at the edge of disaster without this big opportunity panning out.

And you hint that Cami has a special ability to make smart zombies. If this is so, you should not be coy about it in a query; you need to flat say it.

Keep trying. This sounds like it could be good.

Have I any volunteers to feed bits of their own brains to the zombie meerkats©?

This sounds like an interesting story. It's certainly original, and most of the logical flow is already there in the query. As you take the advice of the other minions, be careful not to let your query get too bloated as a result.

Also, Mary, if you don't like the title, you need to change it. I don't know if an agent/editor would reject a story just because of a lame title, but it won't help you any. Like Dave said, you know the story best. You have a better chance than a publisher of finding a good title.

There's nothing wrong with the title. My only suggestion was to add an exclamation point to it.

CONFESSIONS OF A TEENAGE ZOMBIE KILLER!!

How about
Zombie Love in the Time of Cholera?
The Unsinkable Zombie Brown?
The Zombie Also Rises
As Zombies Lay Dying
The Mill on the Floss -- with Zombies
Death and the Zombies
Lord of the Zombies
Lady of Zombies
The Lion, the Witch, and the Zombie
The Wizard of Zombie

The Mill on the Floss -- with Zombies