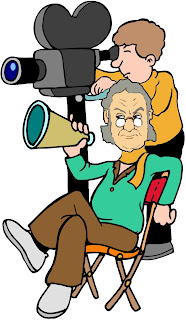 The nominations are in for this year's Academy Award Ceremony. And while film buffs will be familiar with many of the nominees, the rest of us can have fun once again with our annual Guess the Plot feature. Below are the five best-picture nominees, each followed by its actual plot and some fake plots. Answers are at the bottom.


1. The Curious Case of Benjamin Button

a. Benjamin survives Treblinka, only to find that his brother Joseph worked as a doctor in the camps. Now it's 1970. Should he turn in his brother, a now-famous surgeon in New York?

b. When below-the-belt dweller Benjamin Button goes missing, no one seems to notice. But soon other buttons higher up the seam are getting popped, and now it's up to rookie private eye, Zoey Needle, to solve this curious case before the unthinkable happens: full frontal nudity!

c. Benjamin Button is found dead in La Patisserie, a New York City bakery, his head baked into a loaf of sourdough. It's up to police detective Colin Woods to investigate, but Woods seems unable to resist the pastries long enough to gather any information.

d. The complete life story of man living in reverse: born an old man, he becomes younger and younger with time, eventually growing into his childhood years. A most curious case.

e. When a button falls off a favorite shirt at the drycleaners, all the clothes in the wardrobe band together to find the fallen fastener in this light-hearted children's adventure.

a. Bored with an eternity of nipping at people's noses, Jack Frost decides to give himself an extreme makeover and begin his life anew in the arena of American politics. But after reaching the pinnacle of power as President of the United States, Jack realizes he was happier playing with snowflakes.

b. Something has brought not only the frost, but also a glacier to Nixon, Texas. Climatologist Pablo Excondido discover the source and reveals the secret communist plot to freeze out the USA and drive the population south. Will Mexico and Central America become the next ten states of the Union?

d. Once married, two lawyers find themselves on the opposite side of an important environmental case.

e. Having recently resigned from the Presidency in disgrace, Richard Nixon desperately wants to regain the respect of the American people. Getting wind of a plot concieved by Jack Frost, it's Nixon to the rescue as he battles the crafty ice wizard to save Christmas.

f. A modern fable pitting Richard Nixon against Jack Frost in a bid for the position of county commissioner in a small Montana town. Musical numbers, animation, and classic footage of the Watergate hearings create a tale mythic in its sensibility and miniscule in its scope.

g. A history of the global warming debate predates Al Gore, stretching back to President Nixon's efforts while in office to hide evidence of the melting polar ice caps.

a. Leah's mother and father died in the Holocaust. A true story about how she fled the soul-crushing conformity of American Suburbia in the 1950s to work tirelessly to bring donated breast milk to Ethiopean Jews.

b. From his discovery of the rabies vaccine, to making milk safer to drink through his namesake process Pasteurization, this historical epic documents the rise of Louis Pasteur from lab rat to international celebrity.

c. "When you give a child milk, don't forget the cookies" begins the adorable tale of a mouse, a cow and three orphaned urchins who discover new daddies and mommies and brothers and sisters and cow flops.

d. A gay camera shop owner runs for office with his lover as his campaign manager. But can his victory be attributed to illegal campaign contributions from the milk lobby?

f. In a post-apocalyptic world, the last herd of cows grazes in a carefully protected field. But when a local orphanage takes in a new group of youngsters, the demand for milk increases and tensions rise.

g. Most cows forget about their stolen calves. Not Daisy Lou. Her vengeance has already destroyed her home farm and now she's taking on the village.

h. High school dropouts, Kevin and Lojack, decide to pursue their lifelong dream of starting a dairy empire, but they quickly realize they're not into the whole cow thing. Determined to succeed, they hatch a new strategy and head to the mall armed with raw ambition, a new breast pump, and a well-rehearsed spiel guaranteed to persuade new mothers at the Gymboree Store to join their cause.

a. Nearly a decade after his affair with an older woman came to a mysterious end, law student Michael Burk encounters his former lover. Whether he should try to strike up the romance again is open to question, as she's currently on trial for war crimes.

b. A hard hitting mockumentary detailing the evolution of the most frustratingly useless invention of all time, and the events that led up to a small band of disgruntled consumers exacting their revenge on Sony Corp.

c. Epistle Reader Mildred Goshen is surprised one Sunday when her pastor sprouts horns and a tail. Can Mildred find the "Magicus Volumus" that contains the spell to convert demons into Princess Sparkle Pony dolls?

d. Words come to life under the power of The Reader. Kathryn Lloyd has a gift; anything she reads manifests itself in the material world. Unfortunately, her job as a literary agent unleashes havoc on the world as the contents of thousands of horrible queries come to life.

e. Gabriel, a mute, shy autistic loner, never talks about his experience at Auschwitz. When a gentle black man becomes his new caretaker, he slowly begins to trust his new friend to read his diaries of the Holocaust to him.

f. Reading for the blind can be tedious and Helena decides to spice things up by reading naked. They can't see her, right? Not necessarily. Turns out most of them are faking blindness for tax advantages.

a. Simon is the only member of his family to survive the Holocaust. Using his wits he builds a clothing store in New York City, marries a model, and buys into the soul-destroying lifestyle of the 50s. Can his free-spirited children save him, or is he doomed to be The Establishment?

b. The controversial biopic of Lindsay Lohan.

c. An American family takes a vacation to the slums of India and discover just how lucky they are and that starving orphans will eat the food they throw away. Even the yucky stuff.

d. An Indian teenager from the slums becomes a contestant on the Hindi version of "Who Wants to be A Millionaire?", and wins.

e. This surprisingly sophisticated comedy focuses on Ted, a man who makes a fortune, then spends it all adopting and caring for dogs.

Especially love the entries for Milk and The Reader. This is well timed as I needed a laugh this morning.

Hey, these were really funny!. I enjoyed them all when I happened to scroll down, down into the blog comments. Good job, minions!!!