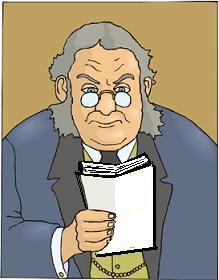 “Bless me, Father, for I have sinned.” Reciting the familiar words of the sacrament left Jillian dry-mouthed and shaky.

“Yes, my child, go on—” The priest’s Irish lilt was reassuringly unfamiliar to Jillian, sweetened with something tropical.

She didn’t know this priest—had never seen him at Thorn Thicket Abbey—which made him the perfect confessor.

“I . . . ” She paused to rub her throbbing temples, her eyelids slowly closing. How to word her sin for the priest? She’d as soon forget it, except that she needed absolved before she exchanged vows with Baron Thorn. She drew a deep breath, opened her eyes, and began again. “I . . . ”

The priest exhibited patience with his steady, rhythmic breathing. When she delayed overlong he said, “Some sins require fortification to confess, my child. I’ve poured a liberal cup of unsanctified wine. ‘Tis there in the corner.”

Within a veil of hazy dust flecked light from a votive, a crystal goblet of red wine stood on a corner shelf.

Jillian's cold fingers curled around the stem. Flinging back her head she tossed it down. The wine burned a warm furrow all the way to her stomach. She could feel her tense muscles relaxing, her tongue loosening.

"Now, are you ready to confess?"

"Bless me, Father, for I have sinned. Since my last confession I have had prideful thoughts about my own appearance, and evil thoughts about my mother, my father, my sister, my brother, my grandmother and my dog." She could sense the priest totting up Hail Marys on his fingers. "I have also committed the sin of fornication with Oswald Meacher, Sir John of Greenlow, John of Staines, and Bartholomew Meacher . . . "

Father O'Malley wished he'd poured himself a liberal cup of wine. "Excuse me, my child," he interrupted. "Might I ask, when was your last confession?"

I think this is competently written, but the scene is so old that it has to be put in some kind of context to be moderately interesting.

Father I have sinned -- get on with it already. I want me some sinnin'..

Priceless continuation! But why didn't the priest comment when the woman's name came up? *snicker*

This beginning was okay. I would have read further to see what she had to confess before being "joined". However, it still needs some edits. For one thing, "joined" doesn't sound right to me, because it is generally said as "joined in marriage." Also, "sweetened with something tropical" just went splat for me, seemed entirely anachronistic. Additionally, I was really not convinced a priest would have prepared a cup of wine and put it in a confessional.

If you cut the wine out I think it's a decent beginning.

I'm not Catholic, but I thought the phrase was "Forgive me Father..."

I'm glad I emptied my bladder before reading the continuation!

The traditional catechism has the form: "Bless me, Father, for I have sinned. I has been X days since my last confession ..." Not only that, You get used to certain priests and their style of sitting hidden in a black box listening to your idiotically stupid list of sins.

No one says: "Father I bitched out Sister Angela and backstabbed Muffy, the class slut, today."
They say "I lied about another student and was rude to Sister Angela."

Confession is cathartic for children and teens and other still blessed with their immaturity in religious matters. After a point, a person has to realize that screwing your best friend's partner is more than just the sin of infidelity, it is a betrayal of friendship and trust.

The merely saying of the Act of Contrition and performing the penance (usually prayer) doesn't ameliorate the consequences of the sin. To stay with the above example, prayer doesn't sooth your friend's hurt at your betrayal.

BTW - Don't anyone take these comments personally. They are only about the fictional characters and the writing.

Tropical? How would a fourteenth-century Irishwoman know anything about the tropics?

If I'm reading correctly, she's actually a nineteenth-century Irishwoman,* but I too stumbled a bit at that line. Aside from evoking the image of an alcoholic drink with a little paper umbrella in it, I thought: it's either too vague or too particular -- I suspect an Irishwoman in 1810 has either never heard a "tropical" accent, or she'd associate such an accent with someone she's met from a particular country.
__________
*Actually not sure she's an Irishwoman -- if she were, priest's manner of speaking wouldn't be an "Irish lilt," it would just be the way normal people speak.

In general, I liked this beginning. I really wanted to find out what she's done that's so bad! :D

But:
-needed [to be] absolved
-the priest exhibited patience :(
-he's some kind of wacky unorthodox priest, right, with his cup of wine all poured out?
-Within a hazy[,] dust[-]flecked...

The continuation, of course, was a riot.

How would a fourteenth-century Irishwoman know anything about the tropics?

Fourteenth-century? How old is this lady?

Since I live in Western Pennsylvania, I never saw this as a mistake:
"she needed absolved"

It's the way we talk around here. In dialog it would never merit a comment. However, this occurs in exposition. Set in 1810, it spoils the historic nature of the writing.
It's not going to kill a book but it is a finishing detail that helps further the story.

Speech coaches say this (dropping the verb to be) is the hardest part of an accent to change.

'Jillian' struck me as a contemporary name; particularly the spelling of it. 'Thorn Thicket Abbey' didn't quite ring true either, also the 'tropical' thing. I also thought it was weird that he had pre-poured a glass of wine - unless he knew a little something about Jillian in advance - and even so...

Thanks for adding the final touch to my continuation EE, much funnier!

Thanks for the constructive comments.

It becomes very clear that the heroine is not Irish, but English, just a few sentences down.

Our hero, the "priest", is no priest. The wine is "fortified." (read: drugged). He's Irish, but has been living in the tropics. She would NOT know a tropical accent, so I've deleted it.

Dave, I'm from eastern PA with roots in Western PA, so maybe that's why "needed absolved" sounds absolutely normal to me. In fact, it hadn't occurred to me to write needed to be absolved, and if I did, I'd edit "to be" out! he he

Author, who is off to wrap a gumband around the sweeper hose. :o)

How about rubber band or elastic.
We talk funny in W Pa.

Wow. And here I thought Texans talked funny. Never heard the term "gumbanded" before, even when I lived in Maryland near the PA boarder. And to think we get ragged over "fixin". Hmmph.

The wine being there threw me WAY off. After reading the author's comments, I understand the need for the wine, but I don't like the execution. Perhaps there's a little compartment that can be opened to pass things from one side of the confessional to the other. So as she's stumbling for words, a little door opens up and there's a cup of wine and he suggests it help calm her nerves. This would be more realistic (at least more so to me than it magically being there in the corner waiting for her, the perfectly intented drinker), but it also implies that hey, maybe the priests get through all those confessions because of the bottle of wine they have stashed on their side.

Great continuation! Love to read THAT story, but I think it'd go from a historical to erotica lightning fast.

Author,
For me, there were too many interruptions to the forward movement of the sotry. I didn't like the description that Jillian was dry-mouthed. I agree with others that "sweetened with something tropical" sounded odd.

I didn't like the addition that Jillian didn't know this priest, or that she rubbed her throbbing temples. All of this seemed an intentional slowing down of the story, contrived and thus irritating.

And the bit about the priest giving her wine to help her confess--seemed highly improbable to me. The old confessionals were very dark inside. I'd expect spiders in the corners (except for the diligent church ladies' efforts at dusting everything). They had screened openings with a sliding shutter on the window between confessor and penitent. The priest would take turns going from a pentitent on one side to the penitent on the other side. Anybody who needed more time would be given it. No wine.

I'd expect a Catholic woman, even one who'd sinned, to be surprised by the offer of a cup of wine.

And I'd expect her clothing to be large and bulky, so that she might have knocked over any wine placed inside.

So while I wanted to know what her sins were, I was somewhat skeptical about the set-up.

I'd expect spiders in the corners....

I'm out. I'm scared of one thing on this planet, and that's it. Arachnids are beings of the Devil, and they should be purged from the skin of the world.

Oh, and I was pretty skeptical of the set-up, too. If not for the heading with the location and year, I would have picked a much more recent time period. In fact, it could almost be any time, anywhere. It takes more than a heading to make a novel a historical.

Though I don't write them myself, I gather that any novel marketed as "historical" must have a very strong (and accurate) setting and must adhere to the customs, clothing, and manner of speech of the time and place. Perhaps more research into your period and place?