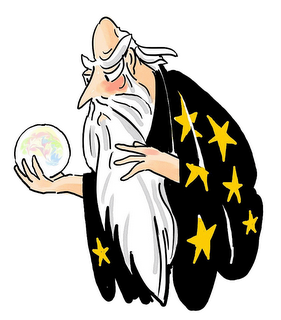 1. A psychic courtesan and her husband must find the assassins who killed the emperor. But the assassins are also after them. The assassins, of course, are mages. From Triannis.

2. A dozen role-playing friends rent a Welsh island castle for a week of Medieval fun and romance, but things turn strange when a mysterious body is found in the tower, the bridge to the mainland collapses, and the only "rescue" ship has a crew of pirates led by two prankster Mages.

3. Young Mary-Annette's delusions of grandeur seem harmless until the mages of nearby Triannis start wearing sheep's clothing to get under her pretty shepherdess skirt. When her little brother posts the resulting action on YouTube, the mages are caught looking sheepish.

4. Icelandic geothermal engineer Tommy Thorsen is surprised to find a crowd of medieval looking eccentrics in his kitchen. The Mages have arrived to announce he must help defeat the Wizards of Woe, seal the mid-Atlantic rift, and reset the global thermostat or the Earth will soon be drier than Mars. Having been spurned by Roxanne, Tom is in a bitter mood and says . . . No.

5. Timothy becomes one of the galaxy's greatest economic theorists despite a rare learning disorder in which he sees the beginnings of words upside-down. This explains why, when he volunteered to handle the wage negotiations on the coal-mining planet of Triannis, he was surprised to find fireballs being hurled at him.

6. Dublin's best Goth-rock punk band is known as the MAGES OF TRIANNIS. They do everything to flaunt the supernatural shtick: paint runes on stuff, put Tarot cards in their promo kits, perform stage magic at all their concerts -- until a real wizard takes offense and decides to destroy them.

I learned on your agency’s website that you are currently interested in fantasy manuscripts. I think that you may be interested in my novel, The Mages of Triannis, complete at 108,000 words. I would like to invite you to review the manuscript and consider it for possible representation.

When Corina is married off to Lord Raul of Berentel she is thrust into a world of political intrigue that neither her training as a courtesan nor her psychic talents could have ever prepared her for. [A guy with the title of Lord shouldn't have any trouble finding a wife from the ranks of nobility, and maintaining a side relationship with his courtesan. Appearances are everything.] [Plus, being married to someone who can read minds is just asking for trouble.] After the Emperor is magically assassinated Rual [That's two different spellings of the guy's name in two sentences. I predict later spellings of Raoul, Rollo, Ricardo, and Borgo the Disemboweler.] and Corina are charged with finding the murderer, all the while being hunted themselves by an old enemy determined to destroy their bloodline and usurp Rual’s inheritance. In a society where magic is commonplace they are among the last telepaths, condemned to death by the crimes of their ancient forbears should they be discovered. [Discovered to exist? The guy's a Lord, people must know he's alive. Discovered to be telepaths? If it's not known that they're telepaths, why are they charged with finding the assassins? A Lord and a courtesan are the best investigators available?] As the palace descends into mourning tensions mount, relationships shatter, and a desperate killer stalks both Rual and the widowed Empress. Soon Corina and Rual find themselves in the middle of a political war of magic and deception, fighting for their lives with nothing less than the throne of the Empire at stake.

The Mages of Triannis is my second novel, the first being Arcadia which is currently on submission to Luna Books. I am a professional horseback riding instructor in upstate New York and presently working on the sequel to Arcadia as well as a new novel. Enclosed is an SASE for your reply. I would be more than happy to send you a partial or complete copy of my manuscript for you to review if you should wish it. Thank you for your time and I look forward to hearing from you.

[For GTP purposes: the title The Mages of Triannis refers to the rogue mages responsible for killing the emperor/hunting Duke Rual.] [I know that sentence isn't part of the query, but I hope you have it straight in the book whether it's Duke Rual or Lord Rual.] [For those minions wondering who are more powerful: rogue mages or ruthless vigilante sorcerers, I provide power rankings for our favorite characters.

I wouldn't mind a little more information, even if it means dropping most of your credits paragraph. What relationships shatter, for instance? What's Triannis? What is this inheritance the enemy is after? What kind of magic can the mages do? Seems like in a world where magic is commonplace, you wouldn't need to usurp someone else's inheritance.

The note after the query indicates that it's the mages who killed the emperor, and the mages who are hunting Rual. The query said Rual was being hunted by an old enemy determined to destroy their bloodline and usurp Rual’s inheritance. Is that the mages? If not, who is it, and if so, maybe the mages should get some mention in the query, as they seem to be involved in everything.

Maybe we don't need to say that after her marriage Corina was thrust into a world of political intrigue, and later say after the emperor's death they find themselves in a political war of magic and deception. The latter sounds a lot like the former. When do they actually enter the world of political intrigue? Marriage or assassination? Nitpicky maybe, but both phrases are cliché-ish, so getting rid of one can't hurt.
Posted by Evil Editor at 3:36 PM

Miss Snark isn't in the Top Five? Damn. I'm not going to be the one to tell her.

As a general rule, it seems best to refer to whatever novel you're talking about as #1 and don't mention the existance of others unless they got published or someone asks. Plus agents hate hate hate to take on work that you've already sent to editors so I think your mention of the other book being subbed to some editor will raise a lot of questions but not the agent's confidence.

As described in the query, your story line doesn't seem very clear, as pointed out by EE. I found myself thinking the story was scoring pretty high on the serious-about-myself scale, but low on the important scale and medium on the absurd scale. So for me it would be better if either you crank up the wit fun humor and dim the serious -- or start wrestling with some great significant issues.

Coming soon to a blog near you: A million and one Guess the Plots starring Borgo the Disemboweler. I can't wait for the Pettipants crossover. Maybe someone here could do some Borgo/Korlach slash fiction for us.

Hmmm... there's one query in queue. Why not get started immediately? Be back in a jiffy.

EE, what about the powerhouse combination of Zombie Shark?

Oh, I don't know if I'd give the obsessed serial killer that much credit.

The wolfman isn't even ranked. Wow, I thought he was world-class...

Miss Snark only at number 6? Do you actually read her blog at all, EE?

Ha!
I've abandoned "the nexus of time travels itself"
and begun a new WIP with a ruthless vigilante sorcerer. Also a zombie.

GTP#2 sounds like Clue. The rogue mage did it in the powder room with the enigma robes.

These plot guesses were fun - especially liked #4 - it would be really damned surprising, and fun, to find "a crowd of medieval looking eccentrics" in your kitchen.

Also loved the power rankings - apparently I missed a lot by not being around this place a while; I now know I have to go back and find the zombie cows, brutal eunuchs, and find out who Miss Pettipants is.

I don't know anything about fantasy, but I am interested in this query because, well, it's a query.

EE and Anon 1:39 am both pointed out that the story line needs to be clearer - seems like this problem might occur because the author is not sure how much to include - but I see the point - whatever is included needs to be clear. I guess I can see where the author of a query is trying to walk a tightrope between being clear and trying to figure out what words will hold the attention of the reader/agent for more than five seconds.

This query left me confused (and I read a lot of fantasy). I think EE's got a good point that you've entitled this "Mages of Triannis," yet you haven't put in anything about them. Is the "old enemy," as EE suggests, the mages of the title? If so, I would use that instead of "old enemy." If not, you might want to reconsider the title.

I also didn't buy the telepaths = death if they're found out. As EE said, the guy is a Lord; he's not a hermit living in a cave. He's living in a castle/mansion/whatever, with servants around, plus merchants and other supplicants. I just can't believe he wouldn't slip occasionally (out of stress, drinking too much, etc.), being human. (He is human, right?) And if he let it slip to the wrong person...

As an aside, I wonder who that person or persons would be (I'm not sure you have to go into that detail in a query, but I'm throwing it out there because I was curious). Would they be brought before the mages? The king? (Is there a king or queen, or does the Lord oversee all his domain?)

Just something for you to think about, Author. Just my opinion, which you can certainly disregard.

*nods knowingly at buffysquirrel* That's what I'm talkin' about! Must be a typo.

As far as the query goes, I had a very hard time following along but I don't read that genre, so I don't feel like I can give any valuable input.

I got the impression that you used the term "cortesan" as the equivalent of "wife," author, because you say she's married off to the Lord. A cortesan is not a wife. Perhaps you meant courtier?

I do not get a sense of events from the description you give. I get teh sense of motivations, but that doesn't tell me what the book is going to be like. I suspect that the concept of the telepaths being hunted needs either clarification or to be introduced earlier; although it might be okay to omit it entirely from the query, as it may be a subplot.

I think I'd also like some indication what the title has to do with the book's plot, as well. I'm not really clear about that as of yet.

This might be really interesting, so I hopeyou keep plugging away at this query letter and the book.

The line about being a horsebackriding instructor is completely irrelevant, not only to the sentence it's in, but also to the query as a whole. Only list experience that relates directly to the book you're writing.

Beyond that, clear up some of those questions EE raised and try again!

I liked #2, although it vaguely reminds me of a Heather Graham book. #6 would be great to see too - I think you should do it, anon.

Actually, I did 2, 4, and 6. Back in November I realized I could not write a "hook" and decided to start writing guess plots as practice. The first jillion were no good but now they're not so bad. I'm also noticing how clear structure in the story makes a compelling "hook" easy. And gratuitious plot twists lead to garbled hooks. So although I used to think writing a novel and writing a good hook were unrelated skills, I'm starting to see they're not. It's all about clarity and suspense. Focus and coherence.

Dang. Wanna write mine for me? *grin*