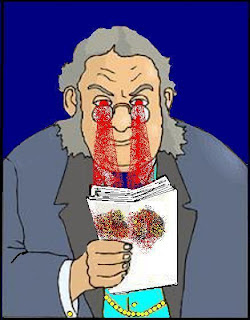 1. Growing up as orphans is tough enough, but Seetha and Senthil now must live with their aunt, who is involved in a bitter war against the cosmos. When poisonous atmosphere threatens to destroy the household, catastrophe ensues.

2. Jonas and Janine decide this will be the year they spice up their sex life. It's been nearly a full year since the sex was pleasing to either. First up: Naming each other's privates based on their scents!

3. Aruna may be from a large Tamil family in a small village in southern India, but she has big plans! Huge! She’s determined to land a spot on the TV show Hell’s Kitchen. With a recipe for Rice Curd and a clever combination of chutney and chutzpah, Aruna finds a whey to have Chef Ramsay eating out of her hands. But when the other contestants find out, Aruna and Gordon find themselves in a pickle.

4. Martha, Caroline and Jolene all find themselves pregnant at the same time. They share their nausea, their pregnancy cravings and their hopes for the future until they discover that their babies all have the same father. Will their friendship survive?

5. Ashima's family have picked out a nice Indian boy for her to marry but she is in love with Spud who is a Goth. They run away to get married but it's soon clear that they have little in common except their love for each other. Can Ashima learn to make gravy the way Spud's mother does, or will he have to learn to like . . . Pickles and Curd Rice?

6. Two AM. Dead husband. Pickles and curd rice on the counter. Half-melted peach ice cream in the bag. Homicide detective Zack Martinez has seen a lot of cases, but this one adds up to a pissed & pregnant wife. Or does it? Either way, he'd better get some rocky road on the way home, or his own pregnant wife will kill him.

When Seetha and Senthil’s parents die in a car accident (an incident that is now taboo, unlucky to mention) [And yet you mention it in sentence 1. Something tells me this isn't going to go well for you.] they go to live in Madurai, a small town in South India, as part of a joint family. Growing up as orphans is not straightforward, [Not sure what you mean by "not straightforward."] but they have even more than that on their plate. [They also have biriyani, ghee rice, and naan.] Growing up with a depressed uncle, a paralysed cousin and an embittered aunt is what they are faced with now, four years down the line.

Their uncle feels completely out of place as a small town lawyer, being, in popular opinion, too impractical and dreamy for the job, while his wife is engaged in a bitter war against the cosmos on behalf of their handicapped son, [She's trying to get the kid assimilated into the Borg collective.] in whom her entire life is wrapped up.

In short, though everything in the ordinary middle class family seems normal at first sight, [I don't see how you can say the family seems normal when the lady of the house is at war with the Borg.] there are deep undercurrents of jealousy, frustration and helpless anger.

Meanwhile, the eldest daughter, Ria is idling away her years sitting at home, unqualified and looking with increasing desperation at what seems to be a bleak future. When the tension in the house becomes palpable, she decides that the only way to escape the poisonous atmosphere of the house would be to marry—and quickly. She elopes with a neighbour, only to realise the very next day that it was a catastrophic mistake, when she is deserted. But now she has tasted freedom, and unwilling to give it up, she refuses to return home. [One catastrophic day out of the house provides the sweet taste of freedom? She didn't have to elope; a trip to the Sambar Hut for lunch would have done it.] Facing criticism from home, and conquering her own fears, she plunges ahead to the big bad city, finds a job and a life of her own in Mumbai. [There are thirty million people looking for jobs in Mumbai, and she walks in and immediately lands one? I guess it's possible, if she's willing to work as a telemarketer.]

The story explores how this incident becomes the turning point in the lives of the rest of the family—forcing them to reconcile to change, to take another look at their own lives. [Strange that a character who wasn't even mentioned until she left seems to be the driving force of the novel.] It is the transition between childhood and adulthood for the two children, through whose viewpoint the story is primarily told. It tells of how the Adult World looks at children, and children at their elders, and of the illusions shattered during the process of growing up.

Pickles and Curd Rice is set around the turn of the century [Which century?] is a 65000 word work of literary fiction. [Fix this sentence.]

You should include the ages of the orphans.

It doesn't seem like an adult daughter moving out of her parents' home would be such a crucial plot point. If it's really what sets the story in motion, you might want to make it clear why this matters to the orphans, the mother, the son. Why is Ria being gone such an impetus?

It seems a bit long, so if you add anything I've suggested, be sure to get rid of some less important stuff.
Posted by Evil Editor at 12:28 PM

This sounds like a query problem, not a novel problem, which is good news. The main thing the query lacks is focus. Seetha and Senthil seem to be the main characters, but all we know about them is that their parents die, they join a house of wackos, and they grow up in some unspecified manner. We've got to know more about them.

Also, as EE says, please clarify the time period. At the turn of the present century is pretty much just now, since it's only 2008, unless the fact that it's precisely 1999 or 2000 is important somehow. Therefore, I assume the author means around 1905, which then gives a completely different feel to the novel.

I feel as though I've sat through a movie that I've seen before based on what you've told me.
Pare this down. Get rid of the dramatic descriptions like "a bitter war against the cosmos," and "increasing desperation at what seems to be a bleak future." Also, watch out for cliches that can add needless words to your writing. If these are in your letter, then no doubt, they might be cluttering your manuscript as well.

As they say, writing is rewriting. Keep going!

I suspect that the author is Indian and English is his or her second language.

Oh dear. As I was reading this, I kept thinking this sounds like a bunch of miserable people being irritated with each other. Not something I would want to read.

What's with the paralyzed cousin? Does he play any role other than irritant for everyone else? And why is Ria not mentioned in the first paragraph with the uncle, aunt, and her brother?

Do the orphans actually do anything, or are they merely passive narrators?

I like that Ria elopes and is dumped, then leaves for the big city. But how can her story be told through the perspective of the orphans?

Now, all my nitpicks, one by one:
Their uncle feels completely out of place as a small town lawyer, being, in popular opinion, too impractical and dreamy for the job
The uncle feels out of place, and everyone else agrees. Why doesn't he change something?

everything in the ordinary middle class family seems normal at first sight
It does? Do all families in this area have orphaned and paralyzed children, and are all daughters "unqualified" and wasting away at home?

there are deep undercurrents of jealousy, frustration and helpless anger
I hope this is shown by actions in the book and not just hinted at through people being irritated with each other, or through observations by the orphans.

When the tension in the house becomes palpable...
How many pages does it take before this happens?

when she is deserted
The neighbor marries her and deserts her? Do they go anywhere, or is she deserted at her neighbor's house? Is the neighbor an adult or someone of her own age?

she plunges ahead to the big bad city, finds a job
But earlier you said she was unqualified. Unqualified for what? Now that she's married and deserted she's qualified?

The story explores how this incident becomes the turning point in the lives of the rest of the family
This paragraph makes it sound like your story starts with Ria's departure.

It is the transition between childhood and adulthood for the two children, through whose viewpoint the story is primarily told. It tells of how the Adult World looks at children, and children at their elders, and of the illusions shattered during the process of growing up.
One sentence earlier you just told us the story is about the family coming to grips with change. Now you're telling us it's about the orphans' passage from childhood to adulthood. These may be linked, but you should focus the query on one or the other.

After reading this query, the only character that interests me at all is Ria. She's the only one who does something, and it's an interesting something at that. All the other characters seem passive and miserable, and I predict a lot of crying apologies at the end. Not my cup of tea at all.

I think they query is really wordy and rambling. It could be cut in half and still say the same things. It gives the impression that the book may also be wordy and rambling, with passive characters and passive prose.

I apologize for sounding so harsh.

I keep thinking that "curd rice" is a mistake for "curried rice," but I'm the first to confess my ignorance of Indian cuisine.

Incidentally, for those who care, Gordon Ramsay will be on THE TONIGHT SHOW tonight.

Speaking of Indian cuisine -- Caribbean Indian -- I had the best Roti tonite with potatoes and channa and also with that phulories in tamarind sauce.

You have an interesting story in the difference in how children and adults view the world and the impact those different understandings can have on those around them. I would like to know what aspect of this is most meaningful to your story.

If the story is primarily told through the adopted children’s viewpoint then the query letter should be through their experience as well.

I may be wrong on this but, it is my understanding that publisher’s believe it is hard for a reader to connect with a story unless they can almost “walk in the shoes” of the main character through the story. (Even if it is told from the twin's viewpoint that's still two people)

Good luck with your work. It looks like language may be your biggest challenge. (English is second language?) BUT you have unusual family conflicts arising that seem to be born of cultural understandings that are different than our Western way of life. That alone makes your work look promising and full of possibility for me.