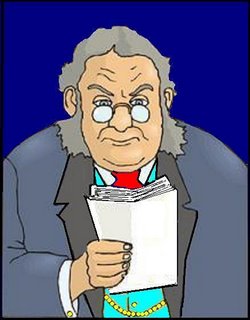 If Only for a Season

1. Jeremiah Clark rises from penniless plowhand to millionaire Gold Club Member, almost overnight. He's at the peak of high society. Then, just as fast, he loses everything. Oh well, it was nice being on top of the world . . . if only for a season.

2. For Master Chef Burl Evers, a final exam turns into tragedy when several of his students are murdered. Beautiful detective Lucy Burns must sift through the clues to discover which student used arsenic to season the duck.

3. Bob thought he was going to get a prize buck this year, but when he gets to the woods, they’re empty. Turns out - for one season only - the deer have licenses to hunt us.

4. It's summer break and Manly tells Chastity his girl is gone until fall. Chastity planned on saving herself for Mr. Right, but when she sees Manly's rippling abs and cherry red convertible, she decides she'll give up her virginity . . . if only for a season.

5. Coach Mike Flannagan thinks he can handle any player, no matter how wild or tough. But when former cheerleader Chrissy Watkins beats the boys at tryouts, he knows he's in for a rough badminton season.

6. Tiffy and Biff go gaga the first day of summer school and it looks like they'll be blissed forever, but alas --their Chemistry professor is an imposter: notorious criminal Octopus McGee. Will Mae Wong and her acrobatic sidekicks arrive in time? Or will McGee's explosive laboratory homework blow the Alpha Beta Beta house clear to the moon?

Based on a true story, Jeremiah Clark turns from $2 a week sharecropper to Victorian millionaire practically overnight. But his wealth and position are disrupted by Molly Maguire-style violence in a contest for control of the booming gold camp.

In 1895, Clark flees the poverty-stricken South for the gold fields of Cripple Creek, landing in camp with a grubstake of $128. [I don't know what a grubstake is, but I once had a grubsteak. I didn't actually know it was a grubsteak until I turned it over and found a bunch of pulsating beetle larvae. That's the last time I eat at the Coleoptera Sizzler.] Will it last six months, time enough to get established? Not likely. But with determination and a series of lucky gold strikes, [especially the series of lucky gold strikes,] he rises from plowhand to Gold Coin Club member. [Which means he can pick up his rental covered wagons directly from the lot. No paperwork.] He is among powerful friends at the top of high-society. But success is short-lived, when union bosses engage in political insurrection and violence, touching off a labor war involving the Colorado militia and citizen mobs. [Damn. I can't get the song "Up On Cripple Creek" out of my head now.] Men are beaten and killed, malefactors detained and deported, and the chaos is edging Clark’s operation close to financial instability. In an attempt to control the violence, he engages the political backing of the state of Colorado, including the state militia. But the ugly results of anarchy and military despotism bring the once-rich region into deep depression. Within eighteen months of his millionaire status, Clark can no longer maintain profitable production levels and descends into insolvency. [I feel like I'm back in Econ 101. I couldn't stay awake there, either.] Three steamer trunks hold his last remaining possessions, [a pair of socks, a wooden nickel, a harmonica and 3700 pounds of gold.] and he takes the only work available, a slag worker in the mine he built with his own hands. It was true greatness, if only for a season. [I'm no economist, but let's say my blog is a gold mine that has made me millions of dollars, and then people stop reading it. I shut down the gold mine, but I still have my millions, which I use to start a carpet shampooing franchise. What happened to Clark's money?]

I am the founder of a Colorado Springs software company, and responsible for all written and verbal marketing communications. [No one else in the department is allowed to speak or write, but they may nod at each other suggestively.] My writing experience has developed from creating marketing materials, web pages, and whitepapers. I have climbed twenty seven Colorado mountains over 14,000’ and personally visited the remains of these gold camps.

It's customary to report the length of a book when trying to sell it. Even more customary is to reveal the book's title. Fortunately I was able to ascertain the apparent title from the attachment,

Why a season? Wouldn't eighteen months be six seasons?

Now you have a well-written standard query. But is it an interesting, well-written standard query? I'd like to hear more about the human effects of the turmoil and Clark's losses than the financial effects. Phrases like "labor war," "political insurrection," "malefactors" "financial instability," "anarchy and military despotism," "maintain profitable production levels," "political backing," and "descends into insolvency" make my eyes glaze over. Does Clark have family and employees counting on him? Does he learn any valuable lessons? Why should we care about Jeremiah Clark? Your story is about the man, not his mine.
Posted by Evil Editor at 6:02 PM

[No one else in the department is allowed to speak or write, but they may nod at each other suggestively.] I think we may have a first here, folks. I was takin a deep drag on my cig when I read that and almost choked on my smoke and I did in fact burn my thighs. Will comment again when my thighs aren't so hot.

the deer have licenses to hunt us.
I gotta tell tat to all my hunter friends around deer season this fall.

Is Clark the victim of circumstances? He arrives at the start of the gold rush, finds a fortune but the collapse of the gold rush in civil disorder robs him of his money? He's not Gump or Zelig, is he - a device to tell the story of the gold rush? That would be OK but Clark's personal story of his rise from "rags to riches" (ooooh, the cliche) is more interesting.

Your tone is good for a query - exciting, upbeat and cheerful.

A grubstake is the $ you have to buy "grub" [food] and other sustenance while you search for that gold mine.

That last paragraph about the software marketing and the 27 peaks is jarringly unrelated to the rest of the query, although the marketing background does fit with your emphasis on $$ and numbers. This is a novel type query. It's my impresson that if you have a "creative nonfiction" book you're supposed to send agents a very different kind of proposal, so even a great novel type of query might just seem wrong to them. Although if it's historic fiction, they might like this type of query.

Whichever genre it is, I think you'd want to make that very clear right away, as agents don't want to end up with a scandal by marketing some work of fiction as non or visa versa and if you're not clear on the difference, they'll think you too scary. Also, I would think your skills as a historian would be more relevant to mention than a tally of peaks.

It sounds like the sort of book university and regional presses like best so you might want to skip the agent search and sub straight to editors. Good luck.

[No one else in the department is allowed to speak or write, but they may nod at each other suggestively.] I truly had just taken a swig of my drink and barely held back the spew.

Doesn't sound like Clark knew what to do with the money when he had it. What's so engaging about the acquisition of wealth for the sake of wealth that I'll want to read about it?

EE, please give a beverage warning next time. Hot tea spurting through the nose is so unattractive. Good job we Brits don't sue.

[No one else in the department is allowed to speak or write, but they may nod at each other suggestively.] Oh man, that was killer!

There's no conflict and therefore no story. Events and happenstance don't make a novel.

Take another look at your story and figure out what drives Jeremiah Clark. What does he want more than anything...besides gold and wealth?

the chaos is edging Clark’s operation close to financial instability

Actually, it sounds like he's already arrived at financial instability and is well on his way to ruin ;)

What I get from your query is "I want some money. I'll look for gold. I've found gold. Now I have money. I may lose it. Damn. I did. Oh well, try, try again."

Interesting, but no internal conflict or personal change, and therefore no reader satisfaction.

Also, you tell the story in your query letter. Instead, give the high points of the story and why they affect the character. Something like "Raised in desperate poverty, Jeremiah Clark's dreams come true when he finds a fortune in Colorado gold. But the fight to maintain his new life of wealth and power ..."

and he takes the only work available, a slag worker in the mine he built with his own hands. It was true greatness, if only for a season.

Now how does that work? His business does so poorly that he ends up broke, but they're still hiring? And they want some rich boy who hasn't had a hard day's work in years to be a slag worker, instead of all of the other slag workers that were forced out of a job by the downturn?

Really, how does that work?

I just wanted to go on record saying I'm okay with his primary motive being gold and wealth. There's one or two people left in this world who still do stuff for money.

However, I do agree that the motion in the plot is not clear as written, whether or not the motive is simply to yell, "there's gold in them thar hills" or because of his desire to prove his worth to his overbearing father.

Pet peeve: Quests for great treasures in which the true reward turns out to be, oh... self-realization, the importance of family, a freaking mirror.... They can keep the mirror and give me a bag of jewels, thank you.

There's one or two people left in this world who still do stuff for money.

Huh. Somebody paid you to say that, didn't they?

I'm with Beth and anon 11:33 on this one. Where's the central conflict? What does the protagonist want, and how is he trying to achieve it? If all he wants is money, and in the end he loses it all, why do I want to read his story?

[No one else in the department is allowed to speak or write, but they may nod at each other suggestively.]

Ok, this cracked me up.