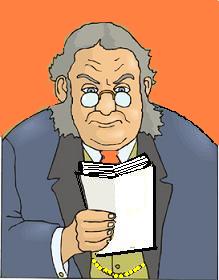 "Can't. That last one was our last round." I replied.

"Well we have to do something."

He was right, we would need it later, and would very much miss having it. How did the saying go, better to have a gun and not need it than not have one when you do. I was pretty stupid to throw it away but at the time, it seemed like a good idea. You would think that someone who constantly gets bit in the ass for not thinking ahead would eventually start but I was a slow learner.

"But that guy on TV said to stay indoors."

"I don't think he meant for us to stay and keep that thing company. But do whatever you want." Ben was my friend, but I could care less for his opinion at the time, I was getting the hell out of there.

"You're a bitch." I started to walk away. The silence that ensued told me that Ben was thinking hard about what to do.

Ben pointed at my sneakers. "Take off your shoes."

The guy was unbelievable. "No way. If I can't hit it with a gun, there's no way I can get it with my shoes."

"No, I have an idea. Take them off." He could be real exasperating sometimes, but his idea was one more than I had, so I began to unlace my sneakers.

"Someone has to get help. They're Nikes, right?"

"Top of the line." I handed them over. "Three hundred a pair." He threw off his own loafers and began to put on my Nikes. "But there's no way you'll out run that thing, even in my . . . "

He looked at me. "Doesn't matter. So long as I can outrun you."

Ril's fingers hovered over the keys. There was no way the minions would go for such a hackneyed punchline, surely? Or would they? It is Monday, he thought. What the hell . . . He keyed in the word verification -- dntgdit -- and pressed "Publish."


Opening: Anonymous.....Continuation: ril
Posted by Evil Editor at 9:35 AM

Some of the unchosen continuations:


I knew Ben would tag along, the little pussy. Man, could I use that gun now.


When I turned around, Ben had the pizza coupons from the fridge in his hand.
"Hell, maybe we can get a bite to eat while we're out." Ben said.
"But what about Mom?"
"Hey, she's the one who invited Uncle Lupine over in the first place. She can deal with him when she gets home."


"What?" I arched my eyebrows in the exact way he always hated.

"The TV. Help me push it to the window."

It was a 60" projection model. Lousy picture and heavy as hell, but it might just buy us some time. Together we heaved it across the window opening.

"Now what are you doing?" I said as he messed with the remote.

And he was right. It took some time, but after two episodes of Judge Judy, a Jerry Springer re-run and Oprah duking it out with Rosie O'Donnell, the creature slinked off in search of food with better taste.


That was when I made my biggest mistake. I turned my back. I should have known better. Next thing, I feel these little teeth sinking into my ass.


“Christ, Ben, you just gonna run out on her?” I said. “Jesus, she’s your sister!” I looked over at the misshapen blob in the corner, one eye blinking in the writhing lump of flesh. Geri had been a beautiful girl until “they” took her. Geri and I planned to go to the prom together, but now…

“She’s still Geri, Ben. Somewhere beneath that ectoplasm of veins and tissue and hair beats the heart of the most beautiful girl I’ve ever known.”

“You said she was a slut,” Ben reminded me.

Maybe I had said that, but I was angry because she dumped me for Lyle Boogle, the marching band’s trumpet player.

“That was over a year ago that I called her a slut,” I said.

“The hell it was!” said Ben. “It was five minutes ago when she bit you on the ass!”


"Look," I said, turning around. I put my hands on my hips so Ben would get the full effect. "Didn't you recognize who that man on TV was?"

"That was your Uncle Billy," I said. "My mom recorded him saying that."


“Ben, you’ve never talked to me like that before. You sounded so… strong. C’mere.”
“What, you want to shoot it again?” Ben asked.
“No. I thought of something else I want to shoot. I’ve got my own kind of gun.” I didn’t have to wait to see if he understood. The bulge in his pants told me everything.
“But what about the man on tv? What he said and all that.”
“It’s nothin’,” I said. “He just meant the aliens were gonna deliver us from evil.”
“Are you sure?” Ben asked. “’Cuz it sounded like he said they’re gonna give us a little taste of ‘Deliverance’ and my daddy said that was bad.”
“Trust me,” I said. As Ben turned with his back to me, the human skin slipped off my alien body.

Geez. Just tell us what it is already. Are you *trying* to frustrate your readers?

This comes across as awkward phrasing to me.

Ril, that's exactly the way I felt with my last continuation, the chopping up sister one. I almost deleted the whole thing thinking, "well, I know what I was going for, but this just isn't funny. Ah, screw it. EE can just toss it out."

Dave, this submission is yours, right?

Is this a rough draft?

Gee guys, I haven't started a new story since "Bluetooth" (New Beginning 246) back in March. I've had a drought until this week when I did 3000 words of Bluetooth. I did send EE the beginning of a Chapter in Emissary in April, but that effort stalled out, too. I do EE's little exercises and when I sit back down to my stuff, it's like pulling teeth at 50 words of poo-poo a day.

Yesterday and today, I can feel myself sliding back to my "avoiding writing habits." I sent 1500 words over to Electra's Crapometer. Maybe that will break the cycle, whatever it is. It's got noting to do with you guys.

Sorry, Dave, for the false attribution; i.e., bad guess. This one just really reminded me of the earlier dialogue with two guys in the bathroom with the cell phone.

2) Give us a clue as to the setting. I can't tell if this is indoors or outdoors, in surburbia or in deepest darkest Africa. We also don't know if your characters are kids or a pair of guys escaped from the old folks' home.

3) You characters don't seem to be in any immediate danger from whatever-it-is, so throwing the gun at it seems doubly stupid. I'm assuming this is intended as humorous fiction, but even so...I need some reason to care about what happens pretty soon.

A slightly frustrating start, but maybe things hot up soon, something exciting is certainly hinted at. I don't mind being a little bit confused for a short while. For me, however, there was a conflict in tone - the dialogue was more casual than the situation seemed to warrant?

I have time to empty a gun at it.

It's close enough to throw the gun at.

I have all the time in the world to talk about it.

Those continuations were all really good, minions. You're making it tough on EE. I LOLed at the Russell Crowe line.

Oh my gosh, my head is spinning. I think you broke reality.

Next you'll tell me that Evil Editor doesn't actually have muttonchops and a pince-nez.

Kind of like the season on Lost when everyone wanted to know what was on the island with them.

A snake that's backed into a corner could be close enough to throw a gun at, give you time to empty a gun at, and give you time to chat about it. I know this from first-hand experience (if you sub "rake" for "gun" -- I relocate snakes; I don't kill them).

But I still want to see some more tension here. How to achieve it? Cut out all the redundancies. Look at your sentences. Nearly every sentence picks up the same thought from the one before it. The scene drags because of it. Well, it drags because of word choices, too. And from not keeping everything tight. So, as a quick suggestion...

"We gotta do something."

I threw the gun. It missed.

"Duh." You'd think someone who keeps getting bit in the ass for not thinking ahead would eventually start. But I'm a slow learner.

The thing in the corner moved. "Screw it, I'm outta here."

"Like hell. You stay. I ain't keeping that company."

"You're a bitch." I shrugged his hand off and sprinted for the door.


From 206 words to 98, and nothing is really lost except a lot of redundancy. Notice I added the "thing" making a move in the middle of the dialog scene. In your version, it could easily be a pile of dirty laundry they're afraid of (it isn't, is it?). Add some menace of some sort just to assure the reader there really is something there.

Okay, this does read a little coy, but not so bad that I'm complaining...so long as you give up the details NEXT THING.

Throwing the gun was funny, yet so stupid that it might kill the scene as we read on.

I would have read on and I did like this. It's not perfect, but it reminded me, quite forcefully, of Sean of the Dead. Which I loved. But that's a movie, not a book.

Reminds me of the SNL episode when Dan Ackroyd and Co. stood around looking at something, saying, "What the hell is that thing?"
"I dunno."
"What is it?"
... ad nauseum.