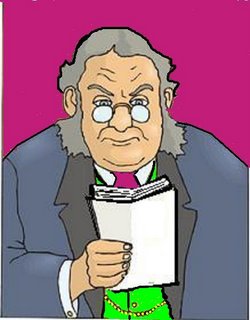 Seated upon a bench in the echoing marble entryway of the Albany Medical College that Monday afternoon in April, 1861, Mary Sutter made an arresting scene. Taller and wider than was generally considered handsome, a length of curls not easily tamed, but compensated by an enticing brightness about the eyes, she carried in her impatient, straight-backed posture an authority not usually possessed by young women of the age of twenty-one. Anyone passing remembered her, even the hunched young men hurrying to class whose ranks she hoped soon to join. In her gloved hands, she carried the latest of her letters of application, detailing her studies and qualifications for admission. Over the past year, she had sent a dozen letters, one a month, all of which had gone unanswered, and so she had come at eleven o’clock that morning to sit and wait until Doctor Marsh, the head of the college, would be forced to see her.

After a lengthy wait that did nothing to quell Mary’s nerves, she was bade enter the Doctor’s study. “Miss Sutter, I believe we have corresponded previously that there is no place for women in the college of surgeons.” Mary listened intently as Doctor Marsh explained that the role of the female, in medicine, was principally to convey waste from the bed-ridden and to provide occasional manual relief for the over-worked house doctors. And the good Doctor spoke with such gravity and eloquence and acuity of logic, that Mary Sutter could do naught but see the error of her ways.


“So, class. It is thanks to pioneering work by the renowned Doctor Marsh that even today we recognize the special qualities of medics such as Doctor House, or the legendary Marcus Welby, MD; but find laughable the likes of Dr. Quinn, Medicine Woman.

“Now, this week’s assignment: Read chapter twelve about the life of the dedicated but misguided Emeline Amerherst, and write a paper on why ovaries and the office of President of the United States would be a disastrous combination for all mankind.”

A few of the unchosen continuations:

“Oh Doctor Marsh,” Mary called to the distinguished man bustling past. “Do you have a minute?” Mary introduced herself and handed him the letters. He regarded them only a moment before he handed them back.

“My dear woman,” Doctor Marsh began, “If you lack the intelligence to interpret our lack of response over the past year, I doubt seriously if you have what it takes for medical school.”

A loud explosion, accompanied by hoarse shouts and a shower of plaster dust from the ceiling, echoed in the entry and interrupted her thoughts. She consulted the watch pinned to her bodice. Three o'clock. Precisely on time. Evidently Doctor Marsh had opened the special package she'd sent him.

The polished mahogany door opposite her bench flew open, and a bleeding, soot-covered man stumbled into the entryway. Mary Sutter rose and held out her gloved hand.

"Doctor Marsh, how lovely to finally have a chance to meet you," she said demurely.


Mary shifted on the cold marble bench. The large yellow envelope she had tucked in her corset scratched her tender skin. If the letters failed to persuade the dashing Doctor Marsh, she knew the contents of the envelope might grant her admission. But then, maybe he had already seen her spread in playboy…


She opened her reticule and removed the other letter she had brought. Carefully she unfolded it and read the words.

I am far more qualified than any other applicant. However, you do not wish to read my missives. You will read my applications and accept me, if you ever wish to see your son James again.

Smiling slightly, she refolded it and settled down to wait.


Finally, the appointed hour was at hand and Mary entered the untidy office of Dr. Marsh.

Marsh himself was a squat man of about fifty years, with greying muttonchops and a permanently quizzical expression on his lined face.

He took the letters of application and stood by the tall window overlooking the chilly quad to read them.

I't's no good, Sutter," he said at last with a sigh. "Even in women's clothing you are still not qualified."

Dr. Marsh rang for the orderly who escorted the deranged applicant back to the rooms where the insane were housed, pending medical study by the college staff and students.

Sutter was a good chap, quiet and cooperative, Marsh thought, thinking particularly of Sutter's usefulness in an all-male college, especially during the Holiday Pantomimes. But he really did have to see about those locks on the patient doors.

I predict that some readers here will complain about the long sentences and the old-fashioned tone, but I personally liked this. However, while I don't object to long sentences per se, they can be objectionable if they keep the wrong company. That is, they are much more palatable when balanced by short ones.

Still, as I said, I like this. I feel instant sympathy for this character, and I want to know what the outcome will be of her meeting with Dr. Marsh.

Mary Sutter made an arresting scene

Did you mean "sight"? Because making a scene means something entirely different.

Beth: Your prediction is right. I found the sentences long and too full of description, harking back to a time when people were more willing to wade through a dragging plot because they had nothing better to do, what with the lack of Playstations and internet connections. I find this style of writing almost a bit insulting, as though it implies that I don't have enough of an imagination to fill in the details of a scene. n the other hand, some people do indeed like this style. I'm clearly not your target audience, so take my views with a grain of salt. :)

rei said: harking back to a time when people were more willing to wade through a dragging plot because they had nothing better to do, what with the lack of Playstations and internet connections.

Oh, you mean back in the day when we had the actual attention span, not to mention the vocabulary, to read to the end of a 60-word sentence without losing our way or wandering off to check e-mail?

Yes, I can see we've come a long way.

I enjoy long sentences when they are skillfully contrived and artfully executed;when poorly done, they tend to rankle my sense of literary propriety. That said, the 2nd clause of the 2nd sentence seems to be a dependent noun clause and(if so)should have the word "with" before "a length".

I was intrigued by the historical setting and the obviously progressive nature of the main character, Mary. I wondered if this story would be set entirely in the 19th Century. I would read more. I immediately liked the MC.

I ought to have explained in the previous message that my tone should be interpreted as rueful but cynically amused, with a dash of sorrowful indignation. But I certainly intended nothing personal toward rei.

Beth: Erm, your comment did come across as a personal insult to REI.

Also, lamenting the changes in the world doesn't change things back and isn't a useful pursuit. If you want your book read, make it palatable to today's readers - who value communication over vocabulary.

I liked this piece too. The beginning starts a bit slow, but the conflict shows up sufficiently quickly for even my chihuahua-like attention span. I'd read on, and I'm interested in this character. Nice work, author!

I'd definitely read on. The writing is great, and I immediately liked the protagonist. A few nits: like Beth, I think the author probably meant "arresting sight" instead of "arresting scene." Also, the "a length of curls" phrase doesn't seem to refer to anything. I understand what's being said, but it was hard to parse, and I'm not sure it's grammatically correct. Other than that, I enjoyed this opening.

Comps on the cont,ril. And if the only choice is between ovaries or undescended testicles, then what?

Beth!! I'll bet a smiley face at the end of that sentence would have avoided any confusion!:) How soon before the emoticon makes its way into a novel? ;0

I like this, and I'd read more. I like the setup, the sentence length isn't a problem, and works with the scene and the times.

I find it amusing, rei, that you find Kate's continuation offensive, but circus boy's is OK with you - what's the deal - you're only offended by particular types of 'offenses'?

I think they're all fun to read. (Note-I am a female,and I wasn't offended by any jokes on females.)

I'm a Mormon and I wasn't mildly offended by Rei's continuation to #291. Lighten up.

Robin s.: What's wrong with Circus Boy's? My only problem with it was that I didn't see what was funny about it. It sounded like what I'd *actually* expect to continue a story like this.

Minion 828: I didn't do a continuation. Perhaps you refer to my objection to Kate's continuation? If so, that bothers me even more that you state, "I'm a Mormon and I wasn't mildly offended" -- as though the very concept of having a cross dresser in a story is supposed to be what is offensive.

The offense was the flippant "cross-dressed equals insane" attitude, treated as though it were a given. The only reason I prefaced my criticism with "mildly" was because this was supposed to be a period piece, and the Victorian era wasn't exactly famed for tolerance.

Sorry, Rei, it's EE's fault, for attributing the first "not chosen" continuation of #291 to you.

As for whether cross-dressers were considered insane in the 1800's, I bow to the knowledge of anyone who actually knows.

An emoticon! I should've thought of that.

This read fine by me, long sentences and all (but, yes, 'sight'). I'd read on, expecting her to be admitted fairly shortly and beat the pants of the hunched young men in every examination. Not sure how much action there will be, though, but then, it's not going to be that kind of book, is it?

Why come at eleven o'clock, when he would most likely be in lectures? Why not come early in the morning, or try and catch him emerging from lunch. She's failing the intelligence test right there!

I didn't think the continuation implied that Sutter was deranged because he was a cross-dresser. I thought he was a deranged patient who had tried to fool Marsh into accepting him as a student by disguising himself as a woman. Slightly different.

I'm fascinated by the idea of achieving written communication without vocabulary, btw.

Please tell me the PC police aren't joining the minions! I didn't find any of the continuations offensive, myself, and don't see why anyone else would either. but that's just me.

As for the opening, it is a bit old fashioned, but scanned well enough-- except for the misuse of the word 'scene.'