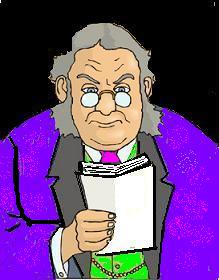 Across the Green Line

1. The Green Line separates Israel from Gaza, but it doesn't keep conscientious Israeli police officer Akira from crossing over to the Palestinian side. What he discovers there will stretch his non-violence principles to their limit.

2. Illianna Glorp was warned about the green line. But she was reckless, reckless as only a nine-year-old with no coordination and only a rudimentary understanding of hopscotch can be.

3. FBI agent Sam Yellowstone must stop serial killer Adrian Green, who has a unique M.O: Green draws a line in the sand and dares his unsuspecting victims to cross it. When they inevitably do, he backs up, draws another and says, “Okay, that one.” He repeats this until both are standing suspended in the air over a giant ravine whereupon the victim, realizing the impossibility, plummets to his death, punctuated by a puff of white smoke.

4. Jake Ramirez pulls a green crayon from his pocket and draws a "safe line" around the corner dining table and chairs at Luigi's Pizza. Which seems daft to his date, Nonna Flores. But she's glad he did it -- when the zombies arrive.

5. John Deere Green? Harley couldn't believe she used the same colour as his tractor to divide up their living space. He hated that colour. Almost as much as he hated having to watch what happened every night across that line when his soon to be ex-wife's girlfriend came home.

6. During a presidential primary debate, one candidate whips out a paint brush and bucket of green paint and sloshes a thick, green line across the stage. Is it just a theatrical campaign ploy? Or will the other candidates eschew the Big Industry lobby and join him . . . Across the Green Line?

What happens when a man opposed to violence comes face to face with his daughter’s killer?

Israeli police officer AKIVA finds the body of a teen-aged girl washed up on a Tel Aviv beach. She reminds him of his own daughter, who was killed three years before in a terrorist bombing. [The man opposed to violence is a cop?

Captain: There's a holdup in Beersheba, Haifa's broken out in fights, there's a traffic jam in Hebron that's--

Captain: We also need a crossing guard at . . .

Akiva: I'll be the crossing guard.

When Akiva’s investigation reveals that the drowned girl was Palestinian, suddenly the Israeli media loses [lose] interest, and Akiva is reassigned to another case. Determined to continue the investigation on his own, he must travel across the Green Line into Gaza to meet with the Palestinian police. What he discovers there brings him face to face with his own daughter’s killer, and the most difficult decision of his life. [Should I forgive him, or should I torture him, kill him, gut him, eat his internal organs, and claim temporary insanity?]

Dealing with themes of revenge and redemption, the thriller ACROSS THE GREEN LINE is complete at 92K words. Set in the tense climate of today’s Middle East, [as opposed to the tense climate of any other day's Middle East,] the action is reminiscent of Jon Land’s Walls of Jericho and Daniel Silva’s The Kill Artist, but deals with the realities of life in the region in a more intimate way than either. [I can't say I know how every agent reacts to comparisons with published books, but here are the possibilities:

1. Reminiscent of Walls of Jericho and The Kill Artist? I hated those books.

2. Reminiscent of Walls of Jericho and The Kill Artist? I loved those books. And this first-time novelist's claiming he's in that league? Why don't they just say, My first novel will remind you of Tolstoy and Faulkner, only better?

ACROSS THE GREEN LINE is my first novel, but I am no stranger to the setting and politics of the Middle East. I have a Ph.D. in Arabic and Hebrew linguistics, and I did research for the novel during two trips to the Middle East. The book has been proofed by both Israeli and Palestinian readers. [In retrospect, it was a mistake to have them proof it in the same room at the same time. Those guys'll fight over anything.] While the novel is stand-alone, a sequel involving the same main character is nearing completion at 95K words.

I decided to submit my manuscript to you because you are interested in character-driven crime novels. I hope you will be interested in ACROSS THE GREEN LINE. I have included the first chapter, a one-page synopsis, and enclosed a SASE for your reply. I'd be happy to send a complete copy of the manuscript for your review. Thank you for your time, and I look forward to hearing from you.

When you get assigned to a new case, are you allowed to work another one instead?

Wouldn't social worker or rabbi be better lines of work than cop for someone opposed to violence? True, cops occasionally can stop violence, but usually isn't the violence over when the cops arrive?

The plot paragraph is a good hook. If you eliminate the author comparison, the statement about who proofed your book, and three of the five filler sentences in the last paragraph, you'll have room to tell us more about the story.

Sounds very interesting. I like to follow Israeli and Palestinian issues, and it sounds like you may be taking an approach that covers the nuances of the conflict while keeping an action-driven plot going. Too many people, when writing about Israel and Palestine, adopt one side or the other (usually Israel's, but not always) and ignore the problems and often even the humanity of the other side.

My only concern is the nonviolent police officer who's still on the beat. I mean, an officer with a desk job would be one thing, but how do you have a pacifist officer on the street? Does he not load his gun or something?

The book has been proofed by both Israeli and Palestinian readers. [In retrospect, it was a mistake to have them proof it in the same room at the same time. Those guys'll fight over anything.]

And kudos to whoever came up with GTP#2.

This sounds like an interesting story, Author. Good luck with it!

The last paragraph of EE's notes says everything you need to know. The whole thing is terrific right up to the point where you say, "Dealing with themes...". I want to know what Akiva's difficult decision is or at least more of the context. Is his daughter's killer the Palestinian cop? A guy already incarcerated? Someone he knows personally?

I like the way you are setting up a set of abstract morals (opposed to violence on a grand scale) in conflict with a very personal situation.

One thing that wrinkled my nose: Does Akiva have another name, or is the Israeli police force like the Brazilian soccer team, where they all use just one name?

I really liked this plot alot! Given the times, this is still a storyline that deeply interests me, especially if it gives fair insight into both these two cultures and their deep rooted prejudices. I think you have a great hook but agree with EE on your second to last paragraph being a clunker. I'd keep only the first part about your expertise and drop the rest.

I don't have a problem with a cop who doesn't like violence. Perhaps it is something that has happened since his daughter's murder or was he always like that. Perhaps a few words to explain why might fix the issues others have.

Ditto to what Ello said - this sounds like it could be a great book!

The premise sounds interesting. If you can get more emotion and unexpected conflict into the revised second paragraph, I think that will get you a lot more interest than your qualifications. I think it's great (and important) that you are working hard to create a balanced view, but that's not the critical issue for the first letter, the plot is.

The title seems a bit drab would be my only strong complaint.

I, too, have trouble with the idea of a pacifist cop. I can't think of any reason why a police officer opposed to using violence would stay on the police force.

I think you should include more about what he discovers about his daughter's killer and the nature of the difficult decision he has to make. As it stands, that part is too vague to be compelling, and really, that's where your hook is. Make it sharp.

Pjd, I live in Israel and it's much more common here to call people by first names than it is in Europe or North America (can't vouch for Brazil!) Students always call their classroom teachers only by their first names, for instance.

I'd read it based on what you posted.

I also question the pacifist cop and would recommend cutting the reference to the other authors. But even with all that, I'd read it.

Look to the literature on South Africa's Truth and Reconciliation Commission for some of the most harrowing tales you will ever read. Also, there are current news stories out there of confrontations like this.
It's a powerful idea - forgiveness and redemption in the face of murder and revenge - and the writing in your letter is good. It promises a good story. However the query letter is an untamed savage creature and you need to get your chair and whip out and tame it.

Best of luck with your novel.

I think this is a good query overall. The story sounds interesting. I personally wouldn't read it, as I can't stand to read anything about Israel and Palestine right now. But I'm assuming not all readers feel that way.

I'll take the dissenting view on a couple of things. First, I don't object to the "cop opposed to violence." I could see someone who hates violence becoming a cop because he wants to do something to stop the violence.

Secondly, I appreciated the author providing his/her research credentials for the book. Reason is, I imagine there are tons of people out there who've following the Israel/Palestine conflict on the news and decided to write a book set in that conflict without having any special knowledge of the region. The credentials make it clear this isn't that sort of book.

I agree, though, that comparing this book to the other published books does not go over well.

I am the author of the query. That's for the help, EE, and thanks for the votes of confidence, from your readers.

I could explain how Akiva became nonviolent. He became a cop to protect people from violence rahter than to have power over people. I could explain that better in the query.

I put in the comparisons to other books to show that there is a market for Across the Green Line.

As to the title, "The Green Line" is the term forf the border between Israel and Palestine, which I could also make clearer. That makes the title more relevant.

Thanks again for all the comments!