Comments on yesterday's Classic inspired me to seek out some of the anagrams I've found in queries to determine how many times (if any) I've been careless. Turns out I'm too lazy to check my work, but below are some of the excerpts. Amazing how many character names turn out to be anagrams.

theourh [anagram: U R The Ho.]

Manuel Armijo, [Anagram for jaguar lo mein, a staple of the diet of the Chinese working on the Transcontinental Railroad.]

... is a suspenseful contemporary story for adult readers who appreciate the work of authors such as Chuck Palahniuk and Bret Easton Ellis. [The only thing I know about Chuck Palahniuk is that his name is an anagram for Haiku Lack Punch. Here's a Haiku he wrote, and it definitely does lack punch:

Bret Easton Ellis
If you can stand him, you'll love
Chuck Palahniuk]

Now he hears the rescue ship he’s on is taking him to Merivale, [Anagram: Evil Realm.]

...and their monstrous master, Esaun-Namhiroth. [Anagram: An author in shame.]

...has struck a bargain with Ehkron, [Anagram: Honker. I think you should call him Honker. Seriously, he could be the comic relief. He's always blowing his nose, making a honking noise.]

It's the end of the world - and Christine Temetri [Anagram: termite.] is worried about her linoleum. [Anagram: lion mule. I get it, whenever we encounter a word we don't think belongs, it's an animal anagram. Clever.] Christine has become rather jaded about the prospect of an imminent Apocalypse. [Calypso ape.] 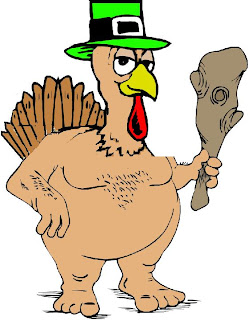 Upon their return, they are plagued by inaction until Resk, the Iphesian capital, is destroyed – by rogue kyters! [Anagram: Turkey ogres. It would help us get a visual image of your mythological creatures if they were turkey ogres instead of rogue kyters. We have no idea what a kyter looks like but we can mentally combine a turkey and an ogre. Consider describing the kyter (a simple description like "dragon-like" or "troll-like" will do) or going with turkey ogres.
Posted by Evil Editor at 12:48 AM

Like most of the minions will no doubt have done, I've tried to come up with an anagram for 'Evil Editor'.

But they're all rubbish.

Had you been called Studmuffin Lord, however, we could have wrung the following gem out of you...

Funny, it took me only a few seconds to come up with Virile Lover.

Having far too much time on my hands, I ran the words "evil editor blog" through an anagram generator. I only sampled a small portion of the 35,000+ ways these letters could be rearranged, but nevertheless found these gems:
- bold elite vigor
- obliged vile rot
- verb tiled igloo (please tell me you live in one of those!)
- got boiled liver
- give it bordello
- get libido lover
- ogle it lovebird
And wouldn't I love to read some fake plots for this one:
- gerbil lived too