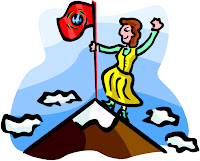 Barbara Gordon reports that she has been offered representation after submitting the following query, put together after reading minions' critique and comments on (Face Lift 579) on this blog.

I can't wait to read it.

Congratulations. I hope you get this published.

It's always good to hear about the successes. Congratulations to Barbara and I hope we'll hear when it's published.

Major, major thanks to Phoenix and writtenwyrd - this query was the hardest thing I've written, I think, and I was so close to giving up.
Totals: 33 queries, 25 form rejections, 3 requests for partial, 1 offer.
It only takes one!

By the way, I noticed that Twenty Palaces (Face-lift 40) was 'pre-empted in a six-figure deal' by Del Rey. EE's influence spreads far.

Are you serious, the query with the ruthless vigilante sorcerers landed a huge deal? Whoever wrote the ones with the crazed midwife and the brutal eunuch, you're next!

This is great news! Congrats to you!

Awesome. I remember wanting to read this when you first posted the query. Congrats!

And are you serious that the vigilante sorcerers got 6 figures? Next thing you know, brutal eunuchs will be on the bestseller list.

Yaay! Let us know on the blog when it comes out!

Far out and groovy, batgirl!!!
(That's my way of saying Congrats!!!)

This sounds like such a great story! I've read a lot of queries at various sites (this one, query slushpile, query shark) and this is the first one that's roused me to real enthusiasm. Hope you let EE know when it gets sold to a publisher, too, as I for one can't wait to read it! :)

Yay, Batgirl/Barbara! Best of luck as it goes out on submission. And thanks for sharing the stats ;o) Hope you're back with more news soon!

Was that Commissioner Gordon's wife?

Ah, another step closer to unfathomable riches. Way to go!

Yeah, my secret identity is kind of easy to discover.
On the other hand, I'm nearly untraceable by google, hidden among the DC Comics fansites.

Great! I keep reading that it is often harder to get an agent than a publisher these days. Good luck.

It's so interesting to see the process that took the query from start to finish. Congratulations and well done ! (And commiserations for the summer spent on the rewrites!)