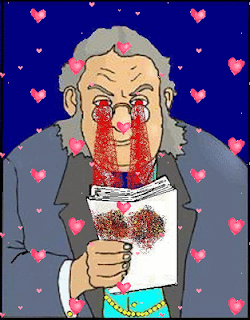 1. Tired of not knowing what time it is on shady days, Leonardo da Vinci trashes his sundial, vowing to come up with something better.

2. A boy finds a magical egg timer in his grandmother's cupboard that takes the user forward or backward in time. The problem: it works for only three minutes.

3. When diets and corsets don't quite do the job, Cassie looks into plastic surgery in her obsessive quest for the ideal body. Can her family convince her that the perfect measurements just aren't worth the cost?

4. Mika wears a necklace with an hourglass on it that shows how long she has to live. As the family curse drains her life away, will it occur to her that she can gain precious time by learning to walk on her hands?

5. Marilee Tate has started her own modeling agency, 'Hourglass,' with gorgeous, sexy, real women of all sizes. The toothpicks snicker at first, but when demand proves that the world is ready for the change, one of the toothpicks opts for a career change: assassin. And her first job is to take Marilee out.

6. The superhero known as Black Widow wears a costume with a red hourglass on the front. Okay, he's not really a superhero, he's an exterminator. But a guy can dream, can't he?

Magic and insanity are a dangerous combination. [As are power tools and insanity, machine guns and insanity, earth-moving equipment and insanity . . . Actually, pretty much anything is dangerous when combined with insanity.] As the sole heir to a cursed [and insane] family, this is something Mika Haitara knows far too well.

When Mika's mentor is the latest victim in a series of brutal attacks, Mika is charged with finding who or what is responsible. [Is Mika an officer of the law? If not, who charges her with this task?] [Also, who or what? Here's a tip: if he was killed with a gun, knife, rope, lead pipe, candlestick or wrench, it's who. If he's covered with claw and bite marks, it's what.] Not an easy task when there's a family enemy insisting he wants to help, her best friend seems to thinks it's his job to protect her, and her familiar, Akiran, would rather join the killing spree.

But Mika has bigger problems. Every spell she casts steals a little of her life energy, yet using magic is the only way to prevent her family's curse from destroying her sanity. [This is the plot of Catch 22, but in the Pacific Theater.]

Time is running out.

HOURGLASS is a [an] urban fantasy complete at 68,000 words and would appeal to fans of Robin D. Owens's 'Enchanted No More'. [Never heard of it, but a visit to the author's site reveals the plot to be: "Guilt-ridden by a mistake that cost her family their lives, half-Lightfolk, half-human Jenni Weavers turns her back on her magical heritage...until her remaining brother who hates her is trapped and she's the only one who can step into an alternate dimension to save him." This leads me to suggest that you say Hourglass would appeal to readers who would enjoy reading something less wacko than Enchanted No More.] It's my first novel and I would be delighted to send you the manuscript at your request.

People have an innate hatred of hourglasses, thanks to the tiny hourglass that appears on the monitor when their computer freezes. Even those who switched to a Mac to escape the hourglass haven't forgotten. So you might want to change Mika's hourglass necklace to a countdown timer like you see on TV bombs that the hero is trying to disarm. I've always wondered why criminal masterminds include a visible countdown timer that allows the hero to know exactly how much time is left before it explodes. If I manufactured a bomb with a countdown timer, I'd rig it to explode at four seconds instead of zero, since the hero tends to disarm it somewhere in the one to three range.

It doesn't seem like hourglasses would ever have been useful for anything except timing something that lasts one hour. Unless you had a crew of workers who did eight hour shifts watching and flipping the hourglass and recording the time on a wall chart. I have a theory that the reason soccer (football) uses the ridiculous system of running the clock even during time outs for goals and penalties and fights, instead of stopping the clock when the action is stopped, is because originally the time was kept with a forty-five-minute hourglass, which was flipped at halftime. Hey, it's the 21st century, FIFA, not the 19th. We have clocks that can be stopped and started with the push of a button.

I think an interesting experiment would be for everyone to have to go a week with no clocks, just hourglasses. Maybe then we'd appreciate what life was like in the Middle Ages.

As for the query, it's mainly setup. You provide us with Mika's situation, and a list of some obstacles she must overcome, but how does she plan to find the killer? How much time is on that hourglass? Can the curse be broken, and if so, does Mika know how? Does stopping the killing spree somehow break the curse? It would be more exciting if we knew how much time she had, and what she had to do in that much time. In short, make us feel the tension as the grains of sand inexorably fall.

What life was life?

No, hang on, I lost the last 'who makes the biggest mistakes' fest.

Yanno, they add time on at the end in soccer.

The hourglass reminded me of Terry Pratchett, which isn't perhaps a good thing. But really, what? She wears round her neck a reminder of how short her time left is? I'm not buying it.

Does Mika have to cast spells for reasons other than preserving her sanity? Why can't she cast a spell that will fix her permanently, or give her more life?

Write in again when the drugs wear off, Buff.

Also, at the very least there should be a clock in the stadium that keeps a running total of how much added time has built up instead of the referee declaring at the end that it's two minutes when everyone knows that guy who was faking the broken leg was writhing on the ground for six minutes before they carried him off on a stretcher (only to have him sprint back on the field eight seconds later).

There's not enough here yet for me. I was expecting a whole 'nother paragraph about what happens (granted, from my limited experience, that's the paragraph where you start to tear your hair out trying to summarize everything).

The hourglass is fine with me - I get that it's a cool progress chart to show the price she pays when she uses magic, and the death analogy is appropriate given that it shows her death coming closer.

Agree with EE - who gives her the taks of finding the murderer? And I'd like some idea of the bad guy behind it all, if that's appropriate, or at least list the suspects if it's more of a murder mystery. Something of what she's up against.

I'd drop the opening paragraph altogether, which would give you some more space to work with.

It's a good start, but it needs more meat. Good luck.

First of all, I have no idea what a 'familiar' is.
Second, it also reminded me of Terry Pratchett's 'Reaper' character. (Don't you just love Bill Door?)

I have no idea what a 'familiar' is.

You're just not the target audience, then; it's a concept at least as old as Macbeth and common enough in urban fantasy that the author would probably look silly for taking the time to define it. An agent who likes this kind of thing will know what it is.

It wasn't ME that wrote "what life was life" instead of "like" yanno, EE.

I don't object to the existence of the hourglass exactly. It's her wearing it round her neck that struck me as odd. If you're wearing something round your neck other people can see it, but it's pretty hard for you to. That's why we mostly wear (wore) watches on our wrists or kept them in our pockets. So we could see what they said.

You could get around the 'who charges Mika with the task' question by rephrasing. When her mentor is the latest victim of a series of a brutal attacks, Mika sets out to find those responsible.

Claw and bite marks? Could be Naomi Campbell, EE.

This query is too vague for me. We've heard the phrase "Brutal Attack" so many times it's pretty meaningless. What happened?

Also, is it a trend or something to compare your book to something else? To me, this would indicate that the query isn't doing it's job. It's like, "it's too much trouble to explain the book succinctly but understandably, so I'll just tell you it's like this other book."
Too many 'filler' phrases- "knows far too well," "not an easy task," "has bigger problems." These fell like wasted words to me.

a familiar is an animal companion to a magical person, afaik.

This read a bit like an outline with very broad strokes. Get specific and fill in the blanks as Evil noted. I'll get a better sense of the story.

Family enemy sounds off, I assume he's the bad guy, one of many or just one? Does he want her inheritance or magic or both? Why the string of murders? Or did the victims survive the attacks? Not clear. One attacker or a group?

Lot's of unknowns/questions came up as I read it. Wondering if the familiar has wings, paws or fangs?

Add more plot detail, the query is very brief and another 'graph can flesh it out.

Look forward to the next run.

Okay, I remember now. Like a cat is usually a familiar to a witch...
Anyway, I guess I found that particular section very convoluted. You mention the family enemy, her friend and her familiar all in one breath, but I want more info about what exactly for does the friend want to protect her from and why does her familiar want to join the spree?

These comparisons to other novels are being increasingly requested by publishers and the like, not initiated by writers afaik. Bit daft for SFF to ask 'where will this sit on the shelf?'. It'll sit on the SFF shelf, obviously.

"Not an easy task when there's a family enemy insisting he wants to help, her best friend seems to thinks it's his job to protect her, and her familiar, Akiran, would rather join the killing."
Also not an easy task is to read a sentence like this. It's a red flag for me.

Ooooh, kind of scary if that's coming from the editors, but more realistic than I am, obviously. "Please pidgeonhole your book for me so I don't have to think too hard"?

Well...authors are being expected to be more savvy these days regarding marketing. I dunno why. Nobody asks you to say what colour bag the crisps manufacturer should use for that potato you're growing. But if you can't place your book on a shelf, they probably think they can't either. They're the expert and you're not, so how that makes sense....

For what it's worth as a datapoint, my agent did ask me to suggest some titles that Willow Knot could be compared to, and we've discussed the same for Cost of Silver (formerly The Astrologer's Death).
It helps with making the pitch to editors, and it can help clarify which publishers to go for.