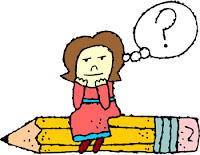 Each of the titles below belongs to a book nominated for this year's National Book Award (fiction). You should have no trouble figuring out which of the plots are fake and which are real.

1. In a distopian future America, a man and his children struggle to make their way to the safety of San Diego.

2. A passionate journey of the senses that explores the boundaries of time and space, transcending the barriers of race, class and religion, to ultimately triumph in a joyful celebration of life, love, and what it means to be human. Also, mad scientist penguins on rollerblades.

3. Jozef leaves Colorado and goes to Austria-Hungary to be a shepherd. But then World War I breaks out, and Jozef finds himself enduring a perilous trek across the Alps.

4. Ralph and Edna have traveled worldwide and this is their story, a story of roaches, dusty sheets, parking lot views, thieves in the night, and rude clerks. Around the world on a shoestring of hellish motels.

5. When his motorbike breaks down in Kenya, Chenda must spend three days at a hotel that caters to rich tourists in an animal preserve. Though he has long ached to be wealthy himself, he finds that the wealthy tend to be assholes.

6. Emily, a harassed mother of four children under five years steps out of her life for a few days. In her hotel room, she overhears a terrorist plot to poison the water supply. Does she have to do something about it when all she really wants is some goddam sleep?

1. Soft-spoken Rarrgh and his new mate Aragha must make a perilous journey across India with their cubs to the fabled Shangri-La as the ice-cap flows down from the poles in the next ice-age.

2. Investigating her beloved grandfather’s death, Natalia searches for clues in his worn copy of The Jungle Book and the one story he never told her: the legend of . . . The Tiger’s Wife.

3. Carlotta is delighted with her new transgendered self. Next challenge: a transpecies change involving genuine tiger fur. And romance with a handsome tiger might be in the cards, and d'you know what? He's even looking at rings...

4. They call him The Tiger because he's ferocious in the boxing ring. But at home in Santo Domingo, he is tormented by his cruel, overbearing spouse. Perhaps his success in the ring stems from imagining his opponent is his wife?

5. In the schoolyard game they play, Garrett is the tiger who chooses a wife-- Alice. But lately, Garrett's been playing with the new girl, Sandra. What Sandra doesn't know is that when Alice gets really, really mad she turns into a REAL tiger. Sandra should have stuck to Duck, Duck, Goose.

6. In a distopian future America, the widow of a baseball player killed by Detroit cops struggles to lead her children to the safety of San Diego.


The Buddha in the Attic

1. A group of Japanese mail-order brides come to America and have miserable lives with their new husbands. At one point Haruka places a laughing Buddha in the corner of the attic, where it is still laughing to this day.

2. Stoners Bud and Rick's house is so smokey and ripe with green growth that their attic reincarnates the Buddha, much to the delight of Bud and Rick--but will anyone follow these two new prophets of peace and love?

3. In a distopian future America, a young gay Malaysian-American man struggles with coming out while joining his family on the road to the safety of San Diego.

4. Kumiko finds a ceramic Buddha in her uncle's attic. She asks him about it and he spends hundreds of pages telling her the story of his life, leaving her wishing she'd kept her mouth shut.

5. Uncle Frank looks just like Buddha, what with his beer gut and bald head, always sitting cross-legged on the floor of the attic. If he really was Buddha, it would make sense how he knew all about those girls who went missing. The F.B.I. don't seem to think that explains it.

6. When Steven and Lisa find an old Buddha statue in their grandmother's attic, they are transported back to ancient Tibet and have to foil a plot to kidnap the child Dalai Lama.

1. When Professor Priscilla Goodspeed publishes the definitive description of the evolution of binocular vision, Evangelist Royce Penis kidnaps her and tortures her until she recants.

2. Superhero Opticman can see great distances. Not only has he found his power to be virtually useless in fighting crime, he can't read a book unless it's two kilometers away. Which makes it hard to turn the pages.

3. In a distopian future America, a gay Chinese man, his Mexican undocumented worker boyfriend, and three blind boys band together on the road, seeking the safety of San Diego.

4. Jack Henner is pleasantly surprised when his son Brent requests binoculars for his thirteenth birthday. He's glad Brent has an interest in nature. There certainly hasn't been much for the boy to do since the park across the street was replaced by a boarding school for morally corrupted young ladies.

5. A young girl is shocked by the suicide of a neighbor that she has spent months spying on with her father’s binoculars. Also, the deathbed secret of a young girl's forbidden forest tryst with the Russian tsar and shoplifting old people.

6. John the optometrist volunteers his time to help the visually impaired who can't afford glasses. He kindly treats a few impoverished zombies who then terrorize the city far more effectively with their vision restored.

1. The discovery of a mass grave in Poland has forensic scientists working around the clock. But someone doesn't want the dead disturbed, and is willing to do whatever it takes to prevent it.

2. As hurricane Katrina approaches, a family prepares for the possibility they'll be without food and water for themselves . . . and their pit bulls.

3. A heartwarming tale of how Chef Boyardi salvaged the neck bones from the slaughterhouse and created his world famous red sauce.

4. Maryanne Perski, author of The Cheapskate Files, abhors her neighbor's lavish lifestyle, so she kills him. But Mary can't bring herself to dispose of the corpse, with all that fat to render, and then there's the hair. Will the neighborhood discover her secret before Mary can . . . salvage the bones?

5. A mission to Mars has returned with photos of what appear to be dinosaur bones. Billionaire Louise Chen attempts the first private spacecraft to the red planet to beat the government, but someone or something is determined to sabotage her.

6. In a distopian future America, a cynical former editor and his plucky band of minions scavenge the remains of other, less-fortunate travelers on the road seeking the safety of San Diego.


The real plots, in order, are:

Good job! I only got one right, and that was only because I happened to have read a review of it a while back.

You say "Award-nominated plots", I see "Party in San Diego!"

I couldn't decide which coastal city had to be the ideal destination--LA, San Francisco, or San Diego--so I flipped a coin.

Maybe they'll all get there in time for Comic-Con.

2 right! Yay! And If all these books were dystopian's with people seeking the safety of San Diego I would have gone nuts.

I got 2 right, but that's after ruling out the ones I wrote and the San Diego ones, so that's not great. But still fun.

Now, now, AA. For all you know I could have known the plots, one was about San Diego, and then the rest were added on.

Dystopian fiction is very popular in Romance right now. Hell, in fiction, period. Most want to be Steinbeck, but instead reach the heights of "The Tofu of Wrath".