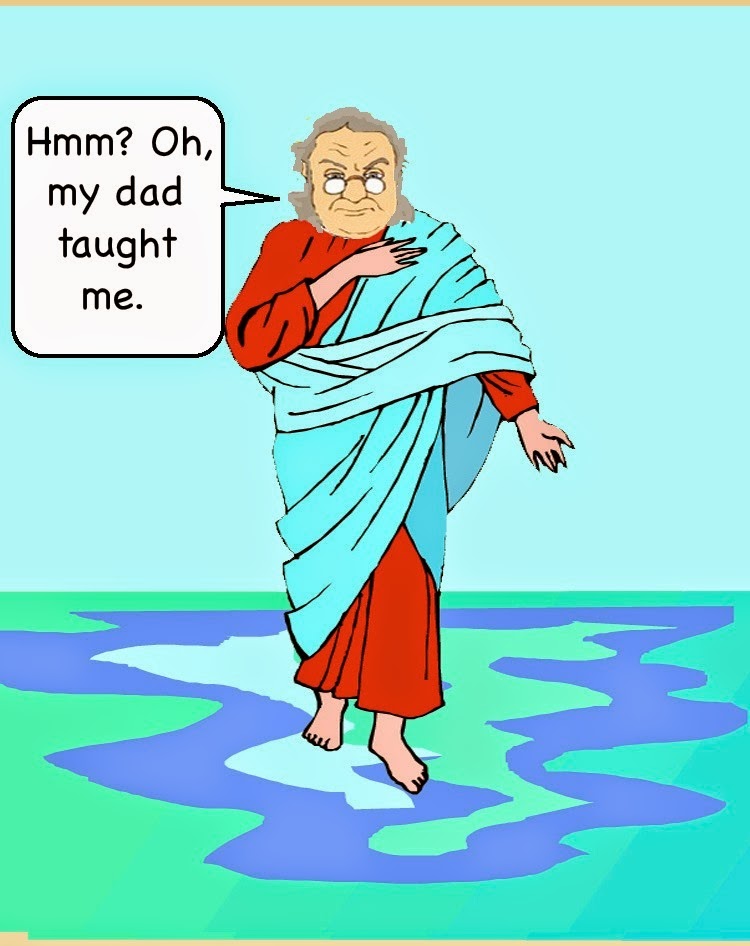 Jesus pops up occasionally in fake plots on this blog. The ten examples below have appeared since the last time we did a Jesus Guess the Plot Quiz. But one of the ten turned out to be the actual plot of someone's book. Which one?


1. Dirk Beefhead is a born-again Christian who's been born yet again, this time in the era of Christ. Now it's time to find out whether people in Biblical times will accept or stone a guy named Dirk Beefhead.

2. When Rowena dies and goes to heaven, she gets to rub elbows with angels, the Virgin Mary and Jesus. But when she notices heaven has no homosexuals or non-Christians or sinners of any kind, she realizes God is no caring, generous Father, but a cold-hearted dictator. Not that she can do anything about it . . . until an underground resistance group of undercover angels ask her to join their movement to oust God from the seat of absolute power. Hey, someone's gotta take this egomaniac down a peg.

3. After mob boss Johnny “Bibs” Bibbiano finds Jesus and confesses—it takes nineteen hours and three shifts of priests—he returns to the pole dance emporiums. He buys beer and lap dances so he can talk to the girls. Only this time, between burps and sighs, he proselytizes and they throw him out.

4. Archeologist Gary Davis is approached by a strange woman in Jerusalem, and soon learns her secret. She has a box, with a gun in it--the gun used to kill Jesus. Now the Vatican is after him, and he may need that gun.

5. Sister Mary Agony experiences a series of doomsday visions involving Jesus, JFK, and a dachshund. But it seems no one will listen to the dire prognostications of... the Nun-Prophet.

6. What did Jesus really do? In this memoir based on recently found scrolls, get the true story of Christ's few years of turning water into wine and drinking it, spending too much time "saving" prostitutes, and carving obscene figurines out of olive wood. And steel.

7. Will Callie's Bible class believe that Jesus has been visiting her every Tuesday night bearing nachos and telling funny stories? If not, she'll take over the pulpit, and make the whole church believe with the robe He left behind.

8. Jake has realized that spirits are not souls. No one in Hell wants to buy any, and Jesus just chuckles at Jake's ambition. But why do so many useless specters keep appearing at Jake's door? Is Jake a Specter Whisperer or an unpublished writer with a too-big imagination?

9. Leroy has the job of his dreams: dressing up as a Jesus at The Holy Land Experience (he gets to carry people across sand!) When another Jesus shows Leroy how easy it is to get big tips from older women, will Leroy open his robe for them, or resist temptation?

The actual plot was

Can you post the facelift number of the actual one? It sounds amusing.

I have to admit that finding the gun used to shoot Jesus would be a game-changer.