After seeing how successful the Brenda Novak Auction is, I've decided to have my own auction. I'm starting small, but if this takes off, I'll have more items next year. 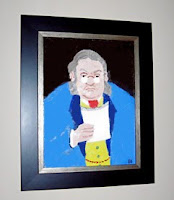 Self-portrait. As good as the crap you see in places like the Louvre. By the time your kids inherit it, it'll be worth twenty million.

An Evaluation of your First Paragraph

by Agent Hannah Rogers. Does not guarantee representation. 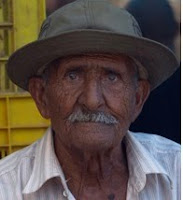 I've had this fellow in my cellar since 1932. He's really become a drain on me, so maybe someone else can take on the responsibility.

It's like giving up an old friend. I've spent so much time sitting here my ass has worn an impression into the seat. Autographed.


The Gulf of Mexico

I shoulda dumped this a while back. It's a fixer-upper, so you can probably get it dirt cheap.

Frozen Foot of a Hobo

Winning bidder will need to bring a truck, boxes and a few workers. Contents of room includes half ton of unopened slush.

An Evaluation of Your First Sentence 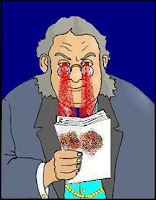 by Evil Editor. More manuscripts get rejected after the first sentence than any other sentence. Find out why no one has ever seen your second sentence.

So much to bid on and I'm clean out of spare cash.

The self portrait is particularly stunning.

I'm reliably informed that my first word was "Mama". So, make or break?

Are mineral rights included with the Gulf? Or does BP retain those?

I admit scanning and believing it was a real thing...until the Lindbergh Baby!!!

I am desperate to get an agent to evaluate the *entire* first word of my MS. Allegedly the furthest anyone has ever gotten was: "Sesquipeda--"
:-(

Dibs on the word "the", for the first word in my new novel called The Noun and the Other noun.

Hey, what's up with this? I'm wondering why you've been holding out on me!! Where was all this great stuff when I came to you, hat in hand, asking for donations for MY charity auction? ;-)