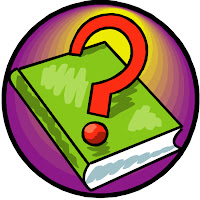 Below are descriptions (taken from BN.com) of eight published books in the category "food memoir." Your job is to guess which is the book's actual title.


1. From failure to fusilli, this deliciously hilarious read tells the story of the author's fizzled romances and the mouth-watering recipes she used to seduce her men, smooth over the lumps, and console herself when the relationships flamed out.

Out of the Frying Pan and into the Boudoir
I Loved, I Lost, I Made Spaghetti
Eating my Way to Happiness
It's All About the Gravy
Sleeping Beauty's Midnight Snacks
101 Ways Food is Better than Men


2. Nearing 30 and trapped in a dead-end secretarial job, the author resolved to reclaim her life by cooking, in the span of a single year, every one of the 524 recipes in Julia Child's legendary Mastering the Art of French Cooking.

Saucy Lady
Child in the Kitchen
Julie and Julia: My Year of Cooking Dangerously
Step One: Learn French
If I'd Known How Fat I Was Going to Get, I Never Would Have Started
Either This Cookbook Sucks or I Can't Cook: How I screwed up 524 recipes in 365 days

Eat Me
Kiss My Grits, My Carrots and My Pork Butt
Black Beans and Alfredo Sauce
Deep-Fried Philosophy
Eats and Bleeps
The Complete Book of Aphrodisiacs


4. A lyrical journey from Korea to New Orleans to Paris and Provence, along the way serving forth the author's favorite recipes.

Cajun Kim Chee With Bearnaise Sauce
Around the World in 80 Courses
Korea Tortilla.
Cooking in Magellan's Wake
The Road to Flavor
Trail of Crumbs


5. Women from different centuries tell you about the meals of their time. You can learn about a meal that Anne Boleyn enjoyed at Hampton Court with Henry VIII, eat a meal with Emily Dickinson, and celebrate Passover with Emma Goldman.

Barefoot and in the Kitchen Over the Centuries
Dinners with Famous Women: From Cleopatra to Indira Gandhi
It's No Wonder Our Life Expectancy was 46 With the Crap We Ate
Eight Centuries of Gossip at the Dinner Table
Dining with Dames
What We Ate and When We Ate It


6. An insightful, entertaining, scrupulously reported exploration of China's foodways and a swashbuckling memoir studded with recipes.

Shark's Fin and Sichuan Pepper: A Sweet-Sour Memoir of Eating in China
The Magic Frying Pans of Chunking
Lo Mein on the High Seas: A Memoir.
The Pirates of Chuan Yue Lu
Eating a Path Through the East
Fried Scorpions, Live Octopus, and Leeches: A Tour of Authentic Chinese Restaurants


7. As the author delivers his recipes to us, he invites us to share his family’s age-old passion for the pig and to celebrate the long, delicious history between man and swine.

You Are What You Eat, Pig
Having the Cohens to Dinner
Hog History 101
Of Pigs and Porkers
The Non-Kosher Cookbook
Pork & Sons


8. At the age of thirty–seven, the author left a lucrative career as a jeweler to become a chef. Instead of going back to school, or getting on–the–job training, he did it the hard way: he bought the restaurant and then taught himself to cook.

What the Hell Was I Thinking?
Man and his Meatballs
The Mid-Life Crisis Bar and Grill
Diamond in the Roughage
From Carats to Carrots: A Tale of Desire
Bass-Ackwards, or How I Went from a Million-Dollar Business to a Money Pit

I Loved, I Lost, I Made Spaghetti
Julie and Julia: My Year of Cooking Dangerously
Eat Me
Trail of Crumbs
Dinners with Famous Women: From Cleopatra to Indira Gandhi
Shark's Fin and Sichuan Pepper: A Sweet-Sour Memoir of Eating in China
Pork & Sons
Man and his Meatballs
Posted by Evil Editor at 12:24 PM

"The Mid-life Crisis Bar and Grill" made me laugh *so* hard.

I saw a news story about "Julie and Julia: My Year of Cooking Dangerously." It's a fun book and very amusing.

Carats to Carrots is perfect.

The fake titles are so much better than the real ones!

Ach, accidentally scrolled down to the answers. No fun for me today!

Wow, I only got 2 right - and one of them was a book I already own!

I think I'd rather read the Minions' books...