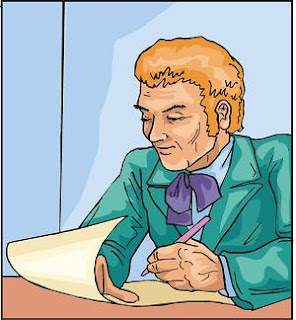 Okay, I've narrowed my plot down to one of the following:

After George's boating accident leaves him blind, he fears he'll have to give up his career as a NASCAR driver. Can Mary, his lovely pit crew leader, convince him to keep driving?

It was his song; it was her song; it was their song. And hearing the cover band butchering "The Wanderer" on the night of their anniversary pushes Christine over the edge.

The first one has a lot of comedic potential, mainly from the reactions of other drivers to racing with a blind guy. But it might turn out to be one of those one-joke plots if I'm not careful. And it's hard to be careful when writing a novel in a month. Of course the idea of a blind NASCAR driver is sure to be optioned for film rights, so financially I should go with that one.

The second one is general enough that I wouldn't feel restricted. I see a woman who's spent weeks planning the perfect anniversary night, and then the band she paid to perform "their" song does it as a rap. She loses it and kills the singer and burns down the restaurant. But can she get her case assigned to a judge who's also a Dion fan?

Which one would make a better novel, I wonder.
Posted by Evil Editor at 2:57 PM

I vote "Wanderer" but then again, I'm prejudiced!

Hm. Tough choice. More $$ or more possibilities for the novel?

I'd go with the insane woman and the anniversary. Sounds like a Lifetime movie to me, especially if you make her insanity not her fault, so you'd get both. Just not as much $$ as mainstream Hollywood.

I hate to be anticipatory, but are you going to use an outline?

Comedies are fun. There's more than enough comic potential in the Nascar plot.

The "The Wanderer" could be a courtroom drama, and those are my favorite dramas. Tight, claustrophobic and intricately plotted.

i'd go with the first one. Maybe somebody putters around in their redneck basement and makes him some wacked out sight device a la the Jordie/Geordie, whoever guy on one of the latter Star Treks? And some tech company is trying to get the secret so they can make a fortune?

And you could name the guy something like Sparky, maybe? Or Bubba? Duke?

The 2nd could re-re-re-relaunch the pop career of Liza Minnelli — and the movie career of the last-but-one Lassie.

P.S. If you need any redneck background information, I can be on call.

I vote for the NASCAR plot, and make sure to mention that all of the sponsor decals are also in braille.

Christine is married to George "NASCAR" Thornton, but when he inadvertantly books Culture Club to perform the Wanderer at their anniversary to the ridicule of Christine's back-woods, bear-hunting relatives, their already strained relationship snaps. An unauthorised modification to the outboard on his cat-fishing dinghy leaves George permanently blinded. But, despite his handicap, the desire to get back on the circuit and the support of his attractive pit leader help George see what missing from his life for all those years...

Your mind works in mysterious and wondrous ways. I wish you rented it out sometimes.

I second the idea of melding the two. But instead of backwoods types, think of this:

George is blinded on a sponsor's fishing trip. Christine supports him while he learns to drive again. At the anniversary of his return to the track, Fiddy-Five-Cent destroys "The Wanderer". Christine kills him.

Will a great Internet war break out over whether she should be crucified or deified?

Will George be able to drive with her incarcerated?