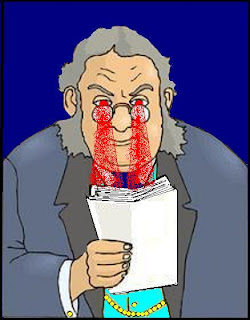 1. Tennis ace Marco Denali hits a major low point in his career, even as his romantic life takes off. Could it be that if he wants to succeed again on the pro circuit, he'll have to sacrifice his passion for ball boy Brad Boyd?

2. Some guys just can't catch a break. All Carl wanted was to die surrounded by love. Instead he's surrounded by scores of screaming passengers.

3. When Elissa lets hunky Garrett move into her house, she has no idea he's going to bring along a mysterious woman who threatens to take away everything Elissa holds dear. Now there's only one way out of this mess: marry Garrett and never have sex with him. Then she's sure to be . . . Surrounded by Love.

4. A band of rogues known as the God Squad has carried on a violent feud with their neighboring sect, the Wise Bunch, for years. When both groups suddenly lay down their weapons, they realize that an alien being is beaming strange calming energy rays at them. There's only one thing to do: they must join together to find a weapon capable of destroying the alien.

5. Annoying Jazmine Jones assaults Henri Voltaire every day with her bleary googoo-eyes, her blown kisses, her insipid giggling, her flowery poetry. Is there no escape? Will Henri be forever . . . Surrounded by Love?

6. Schoolgirl Tara is the only person unaffected by a strange virus that makes the townspeople fall in love with complete strangers. That's the good news. The bad news is that this is going to put a huge damper on her plan to raise holiday money by offering to hug complete strangers for a dollar.

Surrounded by Love is Elissa Bellaire’s journey to find inner strength and love. Set in Austin, Texas, Elissa Bellaire [It's your novel that's set in Austin, not Elissa. ] is a woman with secret she plans to keep at all costs. And she’s wondering if she’s lost her mind agreeing to let Garret Chambers move into her big rambling house to live with her and her boys. [We need a connection between those sentences. Is she worried because she thinks Garret will learn her secret if he moves in?] He’s way to good looking and the boys adore him. [No wonder she's questioning her sanity. Why would she want this guy around?]

He’s dangerous all right. He wants her in his bed and sets about accomplishing his goal. But Elissa is resistant to his schemes and finally in desperation he proposes marriage. [Is that how he proposed? "Darling, I'm so desperate to get laid, I'm actually willing to marry you if that's what it takes?" Because I can see how she wouldn't find that very romantic.]

Surrounded by Love is a short contemporary set in Austin Texas [No need to tell us it's set in Austin in both the first and last paragraphs.] with a 60,000-word count. If this query piques your interest, I should be delighted to provide a partial or completed manuscript. [It's the job of the back-cover-copy author to pique the reader's interest. It's your job to make your book sound like a masterpiece of its genre, like the second coming of Christ, if Christ were coming back as a romance novel (ignore previous statement if sending query to radical fundamentalist Muslim editor). Imagine you're a new car salesman, and a customer walks into the showroom. But there are a hundred other car salesmen waiting with you. These other salesmen are trumpeting the engine size and the legroom and the fabulous cup holders and the Corinthian leather of the cars they're trying to unload. But you have your car covered up by a gigantic box. I guarantee this would pique people's interest, but how many would say, "I refuse to purchase any of these other hundred cars until I've test-driven whatever's in that box."] [Actually, this may be a bad analogy, because I suddenly realize that I, myself, would purchase the car in the box sight-unseen, at any price, just to keep someone else from getting it.]

I assume Elissa's secret is revealed in the book, so why is it being withheld from us? How can we sympathize with her if we don't understand her conflict?

When Garrett causes the mysterious unnamed woman who can cause Elissa to lose everything she holds dear to show up, is he aware she's a threat to Elissa? Does he know Elissa's secret?

Readers don't want you giving away important plot points. Publishers do. Withholding crucial information forces you to be vague. We want specific information about what's going on.

Also, too many errors. Besides the ones I've mentioned already, missing word (a) in sentence 2, to/too, made/make, colon instead of comma after "decision," and the long sentence that opens paragraph 3 needs work.
Posted by Evil Editor at 9:29 AM

Is this the way characters typically act in Romance genre? I'm not able to comprehend the action here, but for all I know there's some segment of Romance readers who wouldn't have that trouble. However, the text is woefully thick with errors. I think if you used WORD, you could run the grammar checker and it would help you fix many of them, but it looks like you need a buddy who can proofread for you. You'll probably have to marry them afterward, but that's not to high a price, is it?

I have a sneaking suspicion that Elissa is actually an Elisha (or Eliot or Edgar) and that's the secret that to consumate the marriage would expose. Barring copious amounts of alcohol and blackout curtains, of course.

You begin the query by stressing that Elissa has a great big secret that requires protection at all costs...and the first action we see her take is to invite a stranger to live with her. That weakens "at all costs."

Perhaps I'm mis-reading the start of the third paragraph. Garret causes another woman to show up? If so, does she have a name? How does her arrival force the marriage?

w/r/t exploding sexual tension: Sexual tension exists precisely because there are no explosions. That's what creates the tension.

I don't know too much about romance. I've read a few and they all seemed to have the same story. Hopefully that's changed over the years. Anyway, here's my take on the query.


Elissa Bellaire is a woman with a secret she plans to keep at all costs. But can she keep that secret when she agrees to let Garrett Chambers move into her big rambling house to live with her and her boys. He’s way too good looking and the boys adore him.

Garrett’s dangerous all right. He wants her in his bed and sets about accomplishing his goal. Elissa is resistant to his schemes and finally, in desperation, he proposes marriage. Then Garrett brings in the one woman who can take everything Elissa holds dear. This forces Elissa’s hand because this woman knows Elissa used to be Edgar. Elissa is forced to accept a quick marriage of convenience.

But Garrett’s not interested in convenience. He loves her and wants her. And that’s when the real problems start. Elissa can’t consummate the marriage for fear of losing everything. With sexual tension rising between them, Elissa is forced to make a decision, hide the past or find the strength to accept love and the risks involved.

Does Elissa have herpes or something? I can't figure any other reason to not have sex with your husband. I also have no idea how you can force a marriage like that in a contemporary novel, but whatever, maybe if you give us details it'll make sense. The problem with the vagueness is that, as written, Elissa sounds like a first-class idiot. Now, if the book's about a woman who made a mistake and is now living with AIDS, who didn't want any sexual temptation but the only live-in plumber available is hella sexy, who has to marry by Tuesday or her presumed-missing sister takes back all of her inheritance--that's a woman I could support.

I can understand a set up for the romance that, in the real world, would be ridiculous. It'll fly most times in a category romance. but the letter doesn't give us the set up (why he moves in) and the reason she has to keep him at a distance. What's the big secret, and all you tell us is "Elissa is forced to made a decision, hide the past or find the strength to accept love and the risks involved."

Perhaps give us the pivotal points, such as she was obligated in some manner to let him stay (big snowstorm blocks the pass or similar) and why her big secret is so dire (she had a love child by his dead brother maybe?) and etc.

These letters are hard to write, but it sounds like there are good bones to the story.

Does Elissa have herpes or something? I can't figure any other reason to not have sex with your husband.

Whoa. I can think of a whole bunch of reasons.

You have good external tension/conflict, but where's the internal? In a romance both parties need to have a reason for not wanting to be together. If the whole story is Garrettio simply trying to seduce Elissa, and her saying Nonono, it's a bit bland for romance. There has to be a reason why he doesn't want to give in to his feelings for her.

I like benwah's idea and sarah's revision. Elisha used to be Edgar.

We need more specifics about Elisha and her behavior. We need to know her deep, dark secret. That's the key to the plot.

EE made a very good point. One thing that seems to be tricky about query letters is that it's easy to try to play (for lack of a better term) 'hide the salami.' You're trying to get the editor/agent's interested, so you do what the back-cover copy author does: you tease. (It could also come from reading a lot of back-cover copies.) But you want to do the opposite. Editors and agents need to know exactly what the book is about in order to take another step.

Listen to me going on and on. I haven't even turned in a query letter yet.

I'm interested to know what house you're targeting with a 60K word count, unless it's for an e-pub (which is fine, just wondering).

Okay, this is a wreck, but fixable.

I do read and write romance, and this query, as it is, doesn't make a lot of sense to me but I think it'd be easily fixed.

I think that this would work as a category romance.

We simply don't know enough about the motivations of either character. I don't think Benwah's theory will work, because she has kids. Why did she let him move in? Did she need the rent money?
He wants her in his bed, but is she attracted to him at all? Can't she threaten him with eviction or a charge of sexual harassment?

How does he cause this woman to show up? What's the big threat? Hey! Maybe he really IS Elisha and she's the ex-wife and mother of the kids! Benwah was right all along.

Why will marrying Garrett remove the threat? The usual scenario for a romance novel (albeit a somewhat outdated plot device) is to have the antagonist an Other Woman who wants the hero for herself. Marrying him seems the worst possible way for Elissa to disarm her.

And I fail to see how, in a contemporary novel, anyone could "take away everything Elissa holds dear" without extensive legal proceedings. Or possibly a Mafia hit.

Yeah, anon, but do any of them end with her LOSING EVERYTHING?

I'm hoping the author stops by and clears things up a little. I'd like to know what's behind all this.