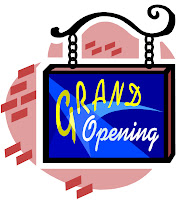 . . . to five not-very-old novels. Enjoy, discuss, whatever. If you'd like to read all of the first chapter of any of them, search for the title at BN.com. (Titles/authors are below.)


1.
IT WAS INEVITABLE: the scent of bitter almonds always reminded him of the fate of unrequited love. Dr. Juvenal Urbino noticed it as soon as he entered the still darkened house where he had hurried on an urgent call to attend a case that for him had lost all urgency many years before. The Antillean refugee Jeremiah de Saint-Amour, disabled war veteran, photographer of children, and his most sympathetic opponent in chess, had escaped the torments of memory with the aromatic fumes of gold cyanide.


2.
I sent one boy to the gas chamber at Huntsville. One and only one. My arrest and my testimony. I went up there and visited with him two or three times. Three times. The last time was the day of his execution. I didnt have to go but I did. I sure didnt want to. He'd killed a fourteen year old girl and I can tell you right now I never did have no great desire to visit with him let alone go to his execution but I done it. The papers said it was a crime of passion and he told me there wasnt no passion to it. He'd been datin this girl, young as she was. He was nineteen. And he told me that he had been plannin to kill somebody for about as long as he could remember. Said that if they turned him out he'd do it again. Said he knew he was goin to hell. Told it to me out of his own mouth. I dont know what to make of that. I surely dont. I thought I'd never seen a person like that and it got me to wonderin if maybe he was some new kind. I watched them strap him into the seat and shut the door. He might of looked a bit nervous about it but that was about all. I really believe that he knew he was goin to be in hell in fifteen minutes. I believe that. And I've thought about that a lot. He was not hard to talk to. Called me Sheriff. But I didnt know what to say to him. What do you say to a man that by his own admission has no soul? Why would you say anything? I've thought about it a good deal. But he wasnt nothin compared to what was comin down the pike.


3.
For the second time that day, a woman stabbed Richard.

Jolted fully awake by the shock of pain, he instantly seized her bony wrist, preventing her from ripping open his thigh. A dingy dress, buttoned all the way up to her throat, covered her gaunt figure. In the dim light of distant campfires Richard saw that the square of cloth draped over her head and knotted under her angular jaw looked to be made out of a scrap of frayed burlap.

Despite her frail frame, her sunken cheeks, her stooped back, she had the glare of a predator. The woman who had stabbed him earlier that night had been heavier, and stronger. Her eyes, too, had burned with hate.

I became what I am today at the age of twelve, on a frigid overcast day in the winter of 1975. I remember the precise moment, crouching behind a crumbling mud wall, peeking into the alley near the frozen creek. That was a long time ago, but it's wrong what they say about the past, I've learned, about how you can bury it. Because the past claws its way out. Looking back now, I realize I have been peeking into that deserted alley for the last twenty-six years.

Kathryn Dance entered the interview room and found the forty-three-year-old man sitting at a metal table, shackled, looking up at her closely. Subjects always did this, of course, though never with such astonishing eyes. Their color was a blue unlike sky or ocean or famous gems.

"Good morning," she said, sitting down across from him.

"And to you," replied Daniel Pell, the man who eight years ago had knifed to death four members of a family for reasons he'd never shared. His voice was soft.


1. Love in the Time of Cholera, by Gabriel Garcia-Marquez
2. No Country for Old Men, By Cormac McCarthy
3. Confessor, by Terry Goodkind
4. The Kite Runner, by Khaled Hosseini
5. The Sleeping Doll, by Jeffery Deaver
Posted by Evil Editor at 2:10 PM

Oh, those were awesome! Thanks for posting. Number 2 was by far my favorite. I should've guessed it was Cormac. I have lots of reading to do.

I hope you have a wonderful Thanksgiving, you mutton-chopped cutie-pie, you!
:-)

#1) I Absolutely adore Gabriel Garcia Marquez's slow and languid style. He packs so much emotion and feeling into the sentence that I never notice the "was" and the "had" in the beauty of his words. I just read that book int he past year and I think it ranks as one of the great love stories.

#2) as strange as that comment, This is even stranger: I absolutely hate Cormac McCarthy's style. Except, he tells a great story.

And that's all I have time to comment on today.

I enjoyed parts of all of them, but The Kite Runner was the one that made me really want to go find the next paragraph.

They're all so dim and dark, like a shadow you can't see clearly, and yet it becomes so vivid. Oh, how I hope I will write like that. Thanks for the inspiration, EE.

There was a copy of Love in the Time of Cholera in the lunchroom of our office for the longest time. I guess I'd better scoff it before someone else does.

Good morning. It was nice to check in here and have a morning read before my out-of-town Thanksgiving Day vortex begins in earnest.

I've read #2 - it's a breath-taker.
Amazing writing. I'm going to have to see the movie, and I'm going to hope I'm not disappointed. According to reviews I've read, I won't be.

Haven't read the other four, but found myself interested in this order: 4,5,3,1.

EE, I just bought the Cormac MacArthy book. Thanks for the tip. (and also Pillars of the Earth).

What are some books you enjoy?

I don't know if you're picking up messages from these older posts, but I finished "No Country" in two sittings. Awesome book! I wonder if the movie will do it justice.