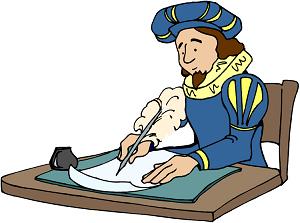 I do not refer to my actual birth, mercifully hidden in the silk folds of memory, but to my birth as a citizen of France citoyenne, they would say. Having shed all my clothing, I stand in a room on an island in the middle of the Rhine River naked. My bare feet occupy for this moment a spot considered to be neutral between beloved Austria and France. The sky blue silk of my discarded skirt wreathes my ankles, and I fancy I am standing bare footed in a puddle of pretty water.

My chest is as flat as a shield, marked only by two pink rosebuds of nipples. I refuse to be afraid. In the months since I became fourteen, I've watched these pleasant rosebuds becomeing a bit plump and pinker. Now the fingers and hands of my attendants are stretching toward my neck to remove a smooth circlet of Austrian pearls.


2. I could hear a roll of muffled drums. But I could see nothing but the lacing on the bodice of the lady standing in front of me, blocking my view of the scaffold. I had been at this court for more than a year and attended hundreds of festivities; but never before one like this.

By stepping to one side a little and craning my neck, I could see the condemned man, accompanied by his priest, walk slowly from the Tower toward the green where the wooden platform was waiting, the block of wood placed center stage, the executioner dressed all ready for work in his shirtsleeves with a black hood over his head. It looked more like a masque than a real event, and I watched it as if it were a court entertainment. The king, seated on his throne, looked distracted, as if he was running through his speech of forgiveness in his head. Behind him stood my husband of one year, William Carey, my brother, George, and my father, Sir Thomas Boleyn, all looking grave. I wriggled my toes inside my silk slippers and wished the king would hurry up and grant clemency so that we could all go to breakfast. I was only thirteen years old, I was always hungry.


3. A throng of bearded men, in sad-colored garments, and gray, steeple-crowned hats, intermixed with women, some wearing hoods and others bareheaded, was assembled in front of a wooden edifice, the door of which was heavily timbered with oak, and studded with iron spikes.
The founders of a new colony, whatever Utopia of human virtue and happiness they might originally project, have invariably recognized it among their earliest practical necessities to allot a portion of the virgin soil as a cemetery, and another portion as the site of a prison. In accordance with this rule, it may safely be assumed that the forefathers of Boston had built the first prison-house somewhere in the vicinity of Cornhill, almost as seasonably as they marked out the first burial-ground, on Isaac Johnson's lot, and round about his grave, which subsequently became the nucleus of all the congregated sepulchres in the old churchyard of King's Chapel. Certain it is, that, some fifteen or twenty years after the settlement of the town, the wooden jail was already marked with weather-stains and other indications of age, which gave a yet darker aspect to its beetle-browed and gloomy front.


4. At five in the morning someone banging on the door and shouting, her husband, John, leaping out of bed, grabbing his rifle, and Roscoe at the same time roused from the backhouse, his bare feet pounding: Mattie hurriedly pulled on her robe, her mind prepared for the alarm of war, but the heart stricken that it would finally have come, and down the stairs she flew to see through the open door in the lamplight, at the steps of the portico, the two horses, steam rising from their flanks, their heads lifting, their eyes wild, the driver a young darkie with rounded shoulders, showing stolid patience even in this, and the woman standing in her carriage no one but her aunt Letitia Pettibone of McDonough, her elderly face drawn in anguish, her hair a straggled mess, this woman of such fine grooming, this dowager who practically ruled the season in Atlanta standing up in the equipage like some hag of doom, which indeed she would prove to be.

So, does #4 count as Mrs. Pettybone's REAL first case? Or do ancestors' adventures count?

They all bored me.

1. Another self-absorbed teenager... I don't like the voice, and if the story is what I think it is, I definitely wouldn't want to read a self-absorbed-teenager view of it.

4. This is like a NaNoWriMo. As many words as possible, in no particular order.

You know what's good? A Suitable Boy by Vikram Seth.

I would read any of them.

Without the use of dialogue, these opening paragraphs take the reader right to the spot intended.

What's the word agents use these days - transportive?

I'm a big fan of books like Gone With the Wind and The Scarlet Pimpernel.

Heck, I'll read anything that hasn't been glued shut.

I liked one and three well enough, but had no interest in 2 and 4.

I've read and loved #2. I might read #1. The other two bored me (which is the reason I never read #3 even though it's a classic and all).

#1 that first sentence stopped me in my tracks! Oh, puh-lease.

#2 I liked this one. Hurry up an execution so she can have breakfast - nice.

#3 Maybe. I'd have to concentrate though and right now I need sleep so concentration is out of the question.

#4 I absolutely loved the 'dowager hag of doom', but I'm not sure I could keep reading this style.

Hawkowl - I love A Suitable Boy. I hated An Equal Music, although my mother and sister who are both musical loved it, so if you're into music maybe you would too.