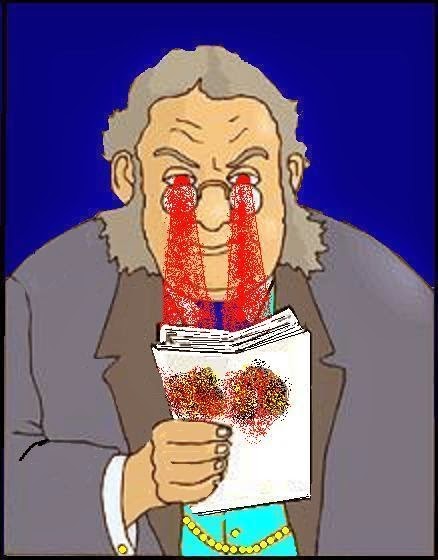 
2. In a world where most creatures walk on all fours, man insists on standing on two appendages. It takes him six days to get it right, and on the seventh day he takes the day off because his feet are killing him.

3. 14-year-old Katie's dream is to walk the high wire. But (not being a Wallenda) she needs to start somewhere, to prove she can do it. She joins the local gymnastics club, becomes a balance beam specialist, and makes the Olympic team.

4. In the beginning was a system in which the Upper World, Middle World and Under World were perfectly balanced, allowing for a functioning society. Enter Yukata Tousinin, a ruthless teenager. Will he screw everything up for everyone, or spark a revolution? Doesn't matter to him, as long as he gets the girl.

5. The true story of how the shoe brand, New Balance, began. The highly-anticipated sequel to Forbidden Fruit-of-the-Loom.

Set in a system, whereby Aregon, the Upper World; Diagon, the Middle World; and Necron, the Under World, function alongside each other like gears in a machine- and all inter-dimensional governance is in accordance with a document euphemized as The Treaty. [Was that a sentence? It seemed to end before reaching the subject and verb, which are conveniently located at the beginning of the next sentence. Of course, combining the two sentences will make for a very long sentence, and it was already too long. You could remove "Set in a system whereby," which will make the original clause a sentence, but a better idea is to open with the part where you introduce your main character.] [Also, I can't tell if the three Worlds are different dimensions or if they're all in one dimension that has a treaty with other dimensions.] The story focuses on Yukata Tousinin, a funny, yet ruthless and unapologetic teenager, who has to journey through these worlds in search of his love interest, Amara Prescott- who was sold into slavery. Yukata risks defying The Treaty, ruining friendships, becoming a fugitive, and overcoming doubts; when a new love interest enters his life, to retrieve her. [I don't think "overcoming doubts" is something he risks. Experiencing doubts maybe. In fact, if he actually defies the Treaty, ruins friendships, and becomes a fugitive, just say he does so, not that he risks doing so.]

We need to know how long the book is and who the audience is. But mostly we need to know what happens. You've provided the names of some worlds and mentioned a Treaty with no information about what's in it. Your plot summary is a teenager tries to rescue his love interest from whoever bought her as a slave. We need more than that. What's his plan? What obstacles does he face? What's the penalty for defying the Treaty? Who's after him? Why should we even care about a ruthless and unapologetic teenager? Maybe I'd rather read about how Amara Prescott escapes and exacts revenge on slavers than about how she gets rescued by this Yukata jerk.

The stakes are missing, or at least not explained well. I don't understand this world structure you've set up, so I don't know what kind of chaos might ensue if Yukata breaks the Treaty.

"Love interest" is a dull term. It's fine for someone describing a story from an external perspective, but you want to put us in the story with this query. People don't undertake perilous journeys and risk upsetting the balance of the world for a "love interest." "Beloved," "love of his life," "longtime crush," even just "girlfriend" is better.

If you still have a list of challenges Yukata faces in the next draft, "defying the Treaty" should be at or near the end. You want the risks in order of escalating seriousness. "Ruining friendships" is kind of a step down in excitement level from "defying the agreement that keeps the world from going all to Hell."

Title is kind of vague, but I could live with it. The subtitle seems to suggest that you're aiming for a series, but you don't hint at that in the query.

Change the name of the Middle World, unless you want every agent you query to start thinking about Harry Potter.

Start with Yukata and Amara. He loves her, she....feels some way about him or doesn't. Then she's sold into slavery. Yukata is crushed, furious, whatever he feels. He wants to rescue her. Problem is rescuing her is against the Treaty that keeps the worlds in balance because (insert reason why it's against the Treaty). Yukata goes ahead and begins his quest to rescue Amara and faces specific challenges A, B, and C. Maybe he even starts to realize that rescuing his love means putting everyone else in the world in danger and possibly jeopardizing Yukata and Amara's chances at future happiness. Leave off with something exciting: either Yukata at the point where he faces his biggest challenge and could either succeed or fail in rescuing Amara, or Yukata forced to chose between destroying the balance of the world or being forever separated from his love. Title, word count (xx,000 words if this is a NaNoWriMo query) and genre.

I'd also add that, when listing the challenges to rescuing Amara, a "new love interest" entering his life is a strange one.

If this were a romance and he were trying to win her back, a new love interest would be a legitimate story obstacle. But he's trying to rescue her from intergalactic slavery! Surely he'd still rescue her even if he realizes she isn't The One, right?

If he honestly considers leaving her to be a slave halfway through just because he's crushing on a new girl, you have a much tougher job, as the author, to make him still be a character I want to stick with.

The way you initially describe him (ruthless and unapologetic) makes me think he's more like an anti-hero. I was OK with that because he then goes on a quest to save someone he cares about, a more traditonally heroic thing to do. Thus we have a mix of good and bad qualities. I would suggest leaving out the new love interest from the query so you don't undercut this mix of good/bad you've set up.

Ok, trying to be positive here. First, you need to have specific stakes. It can't be in a world far away a teen boy is going to rescue his love. You need to show why your story is unique and will grab readers.

I think the sentence structure would be a huge turnoff to many agents.

Like others, I wonder about the other love interest, though some triangles work. HUNGER GAMES was pretty successful and it has a triangle of sorts even if it's kind of manipulated at times. I'm a fan of the series, so maybe I'm not a good judge.

Just a clarification re: the love triangle--

In the Hunger Games, though, by choosing Peeta she wasn't abandoning Gale to lifelong slavery. That's why I don't think the love triangle works well with this particular set-up.