Noting that we were in a slack period for query submissions, leaving me some free time, and inspired by the success of the graphic novelette I created for Evil Editor Strips, vol. 2 (which was based on my and other minions' hard-boiled detective writing exercises) I recently devoted a few months to creating a full graphic novel.

The book is based on an amusing science fiction story I wrote more than a decade ago, and which won first place in its quarter of the Writers of the Future contest. 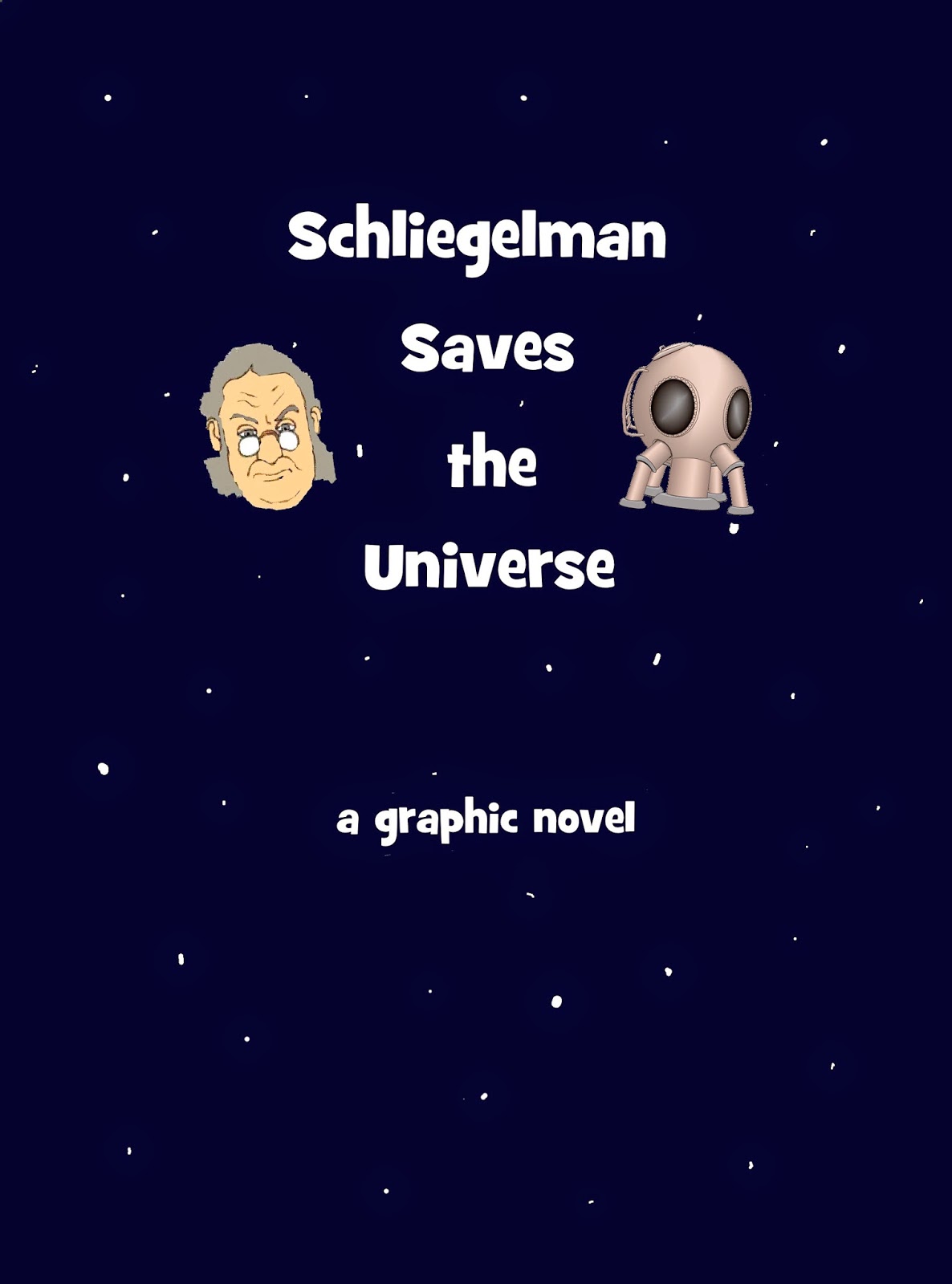 A major contribution was made by minion James Catlett, who created a key piece of artwork that appears to some extent in almost half of the panels. Among James's contributions to this blog have been a couple pictures of EE, including this one: 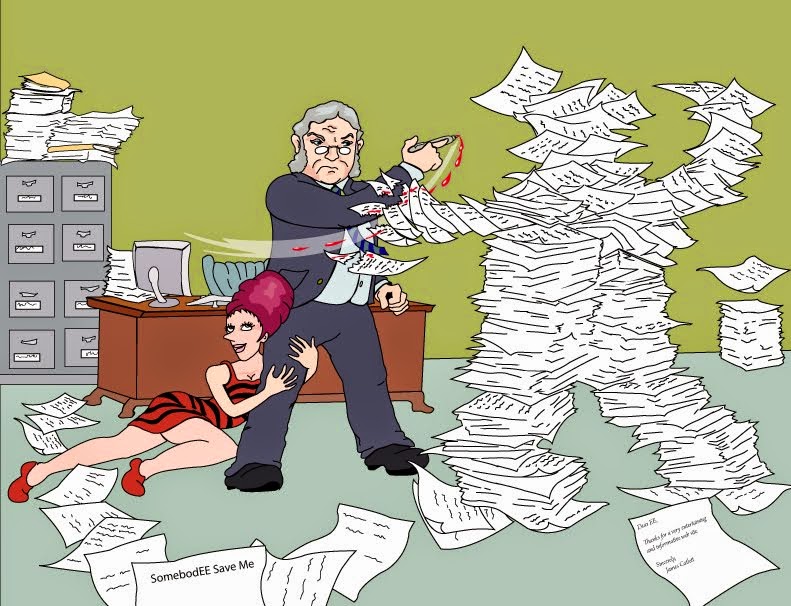 In addition, the role of the main character, professor Schliegelman, the world's foremost theoretical physicist, is played in the book by none other than Evil Editor! A genius playing a genius. It's like hiring Meryl Streep to play an actress or Gordon Ramsay to play a serial killer.

I could produce this in black & white, 6 by 9, but I've gone with 8 by 10, full color. The best price I could find was $40.00, from Blurb (soft cover; $50.00 for hard cover). In the belief that most people won't pay that much for a book, it's clear that I should seek out a publisher who can produce it in large quantities and thereby get the price down. Which I will do. 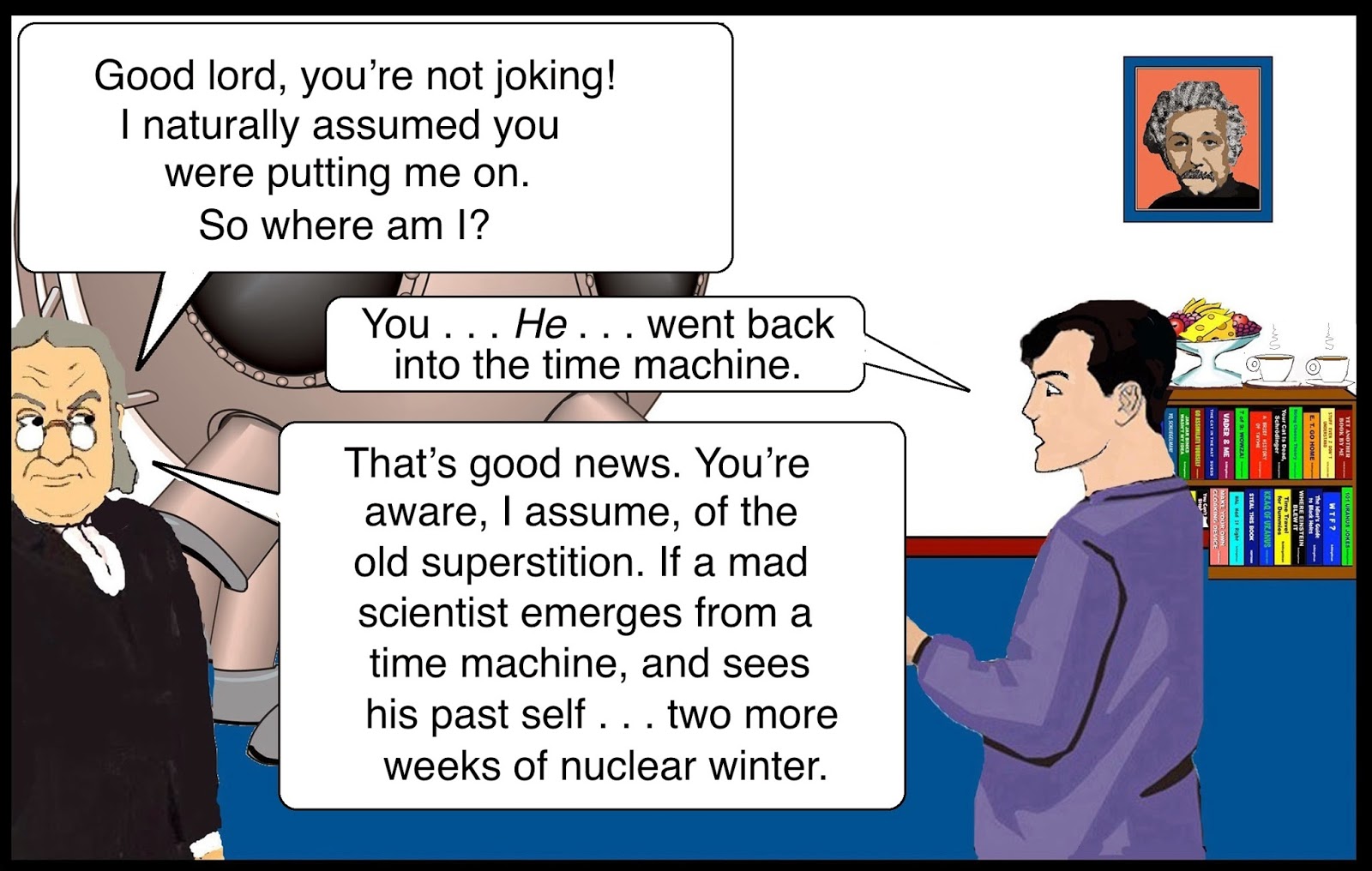 That, however, could take forever and I want a copy now. And a couple more as gifts. I'll be placing my order Monday. If anyone else wants to spring for a copy let me know and I'll make it available. Not on Amazon, which will demand 55% of the cover price, forcing me to charge about $85 just to break even but we'll work something out though Paypal or the Evil Editor Store.