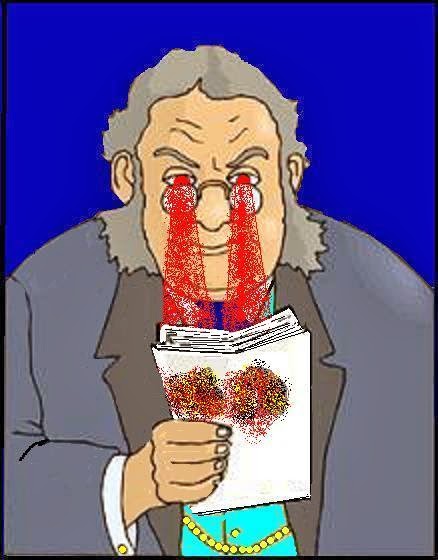 Get to Know You

1. Alex can't stop thinking about Clara, the hot girl in his creative writing class, and how cool her short stories are. Will he blow off his special lady friends for her, or keep imagining what kissing Clara might be like as he kisses them?

2. Annika's biological father has decided he wants to get to know her. So he forces her to come to New York City and work in his bar. If this isn't the way to start a loving relationship, what is?

3. A psychopath stalks and murders attractive young women in Loudoun County, Virginia. His victims’ bodies are found dressed in high fashion and staged in provocative poses with notes: “Got to know you.” FBI profiler Sally MacRae takes the case. She leaves notes for him: “Getting to know you.” Sally gets closer to him as he gets closer to her. Then she discovers she has DID and she is him.

4. Albert has all the time in the world to get to know his new friends. His perfect, pretty friends who never contradict him and are always pleasantly silent. It takes a while to find these friends and bring them to his home. But taxidermy makes it all worthwhile in the end.

5. When my father strayed from his wife, I was the result. Around town in polite society I was the unholy bastard. In the bars, I was my pa's get. After twenty years of isolation, I'm the recipient of my father's estate. His children invited me to a party. They call the event a Get to Know You soiree. Hilarity ensues.

6. He's pleased to meet you. He hopes you guessed his name. He's Lucifer, and in this epic retelling of the Rolling Stones song, this fallen angel would like to get to know you. Yes, YOU!

7. Cara had no idea what would happen when she had too much Purple Drank at the unsupervised party with the varsity football players, but she never expected to learn Parcheesi. Or, the finer strategy necessary to win at Risk. Also, campfire songs and mugs of cocoa.

Annika Fitzpatrick gets an email [from Danica Patrick, threatening a lawsuit] in the middle of her graduation from high school and finds her worst nightmare has come true: her father wants to spend more time with her.

In my completed 80,000 word YA contemporary manuscript, Get to Know You, Annika a self professed musical theater nerd, is forced to spend the summer after graduation with her absent biological father in New York City working at the music venue he owns and, much to Annika’s embarrassment, named after her. [She's forced to do this? Was that a threatening email? I'm surprised it wasn't a tweet:

She insists on being called Annie, in an attempt to hide her ties to her father, the boss, and hopefully make friends with her co-workers, especially Theo. The gorgeous and talented musician who’s [is] a fixture at the bar with his family band that’s on the verge of making it big. [The bar? The "venue" dad named after Annika is a bar? Coulda been worse; he coulda named a whorehouse after her.] [Or are you saying it's a club that has a bar in it? In which case aren't Annika and Theo a bit young to be hanging out at the bar?] But Theo has things he’s hiding too, like his plans to leave the band and his feelings for Annika. When Theo surprises Annika by kissing her shortly after her arrival, [Not sure how he has feelings for her already if she just got there, but it doesn't sound like he's hiding them.] then quickly changing his tune, Annika must decide if being Theo’s friend is worth risking her heart. This novel is one part Anna and the French Kiss with a dash of Pitch Perfect, mixed with sexy rock bands instead of acapella.

I’ve always been a storyteller, first through theater and preforming [performing] arts, but I also know how to spread the word when I’m passionate about something from years of working in fashion PR in New York. I am a member of SCBWI and this is my first novel.

Thank you for taking the time to consider my manuscript. I look forward to hearing from you.

It doesn't seem like a "family band" would be a fixture at a club that features sexy rock bands.

It does seem like a musical theater nerd would relish the opportunity to spend a summer in NYC.

Also, wouldn't it be better for the story if dad owned an off-Broadway theater instead of a bar, or if Annika were a self-professed rock music nerd?

I'm not reading 80,000 words to find out if Annika decides it's worth being friends with a guy who kissed her once and then changed his tune. It sounds like a trivial matter. Less trivial would be if she falls in love with him and he wants her to come with him on tour, but dad forbids it. Or she auditions for a part in a Broadway musical, gets it, but dad insists she wait tables and Theo wants her to be his roadie.

Possibly the decision to be friends with Theo happens early, and you decided that was enough. It wasn't. We want to know what's preventing Annika from getting what she wants (be that a career in theater, an escape from dad or a torrid affair with Theo) and what she plans to do about it.

Things it wouldn't be hard to work in: what Annika does at dad's place; what Theo plans to do after leaving the band (Quit music? Go solo?).

Oddly, New York allows people to work in bars at age 18 even though the drinking age is 21. It's true in a lot of states. The original reason was to avoid forcing young workers out of their jobs when the drinking age was raised. It would have made sense to raise the bartender age three years later but that was never done.

Still, it's an unusual job to have just out of high school.

I don't see the story here. A deadbeat dad has zero leverage to force his grown daughter to do anything. She'd be a stronger character if she chose to do it-- and with an interest in musical theater, why wouldn't she jump at the chance to go to NYC?

What challenge does Annie face, what action does she choose to take, and what happens because of it?

The bio's unnecessary, unless an agent asks for one.

We need more of the story here. More about the conflict--for example, what happens between Annika and her estranged father--the actual point of schlepping her to NYC. Somehow, they must meet up and talk and interact, or is he truly "absent" as your query states. If so, why does he bother to bring her to his home only to ignore/avoid her?

What is the point of the book? Girl and dad build a relationship?
Or girl and boy meet and fall into like?
Or, both?

Either way, the query reads as disjointed. And I can already count the number of reviewers who are going to bash you for INSTALOVE with Theo kissing Annika in their first meeting...so, I wouldn't broadcast it to potential agents.

The word choice in the query seems contradictory. Is Theo an employee at Annika's Ribs and Revue, or is he one of the acts? Or, both? See, you wrote she wants to befriend her co-workers, but he's in a family band, so...I'm confused.

Likewise, one can't spend time with someone who is simultaneously absent...you see how your word choice is leading me astray?

Why is spending time with sperm-donor dad the worst nightmare of Annika? Many young women are desperate to develop a relationship with the man who abandoned them. Is he a malicious person? Has he routinely skipped his support payments while driving flashy cars and bedding flashier women?

And, why is she checking her emails in the midst of her graduation?

Drop the comparison titles. It's presumptuous. From the closing, cut everything but "I am a member of SCBWI. Thank you for your time and consideration."
Most agents ask for 5-10 pages to be sent with the query, so you can say you've attached the requested pages. Otherwise, the stuff about you is wasting valuable real estate on which to build your query.

Lookit, I read contemporary YA romance. Gobs of it. You need to get my attention. You have not.

Right now, Annika sounds whiny and privileged. She also sounds flighty. None of these are endearing me to her. And Theo sounds like an indecisive prat. Not caring much for him, either. The one person in this query I have any interest in, at this point, is sperm dad. At least he seems to be reaching out. He's doing something. I can respect a character that DOES something. K?

Start over. Consider your words. They all count. As does proper spelling, grammar and punctuation.

Hi, I'd like to submit a different approach to my query for comments.

Annika Fitzpatrick receives an email during her high school graduation and finds her worst nightmare has come true; her father wants to spend more time with her.

A lot of girls would probably love to spend the summer in New York City, working in the super cool music venue their famous guitar god of a father owns. Annika would rather stay home with her step dad who, like Annika, is still grieving over the death of her mom. To make matters worse her BioDad, embarrassingly, named the venue after her and Annika is certain she’ll never make friends with her outrageously hip co-workers if they know she’s the boss’s daughter. She comes up with a plan to go by her childhood nickname, Annie, so she can start the summer with a clean slate.

Remaining anonymous becomes even more important upon meeting Theo, her gorgeous co-worker, who’s on the verge of making it big with his family band, Get to Know You. Though Theo has things he’s hiding, including his desire to leave the band and study architecture at Columbia, Annika can’t help being drawn to him. Even if he claims he just wants to be friends.

As Annika spends the summer getting to know her once absent father, the city of New York, and friends who truly accept her, she discovers that the way she’s been dealing with her mother’s death has been holding her back from living a life she hasn’t been brave enough to dream of.

This YA contemporary romance, Get to Know You, is one part Anna and the French Kiss with a dash of Pitch Perfect, mixed with sexy rock bands instead of acapella. It is complete at 80,000 words.

Thank you for considering my work, I look forward to hearing from you soon.

Thank you for commenting. I'm going start from scratch as suggested and post again in the comments. I hope you'll stay tuned!

Paragraph 4 should be deleted. If you have publication credits—meaning a publisher paid for your writing—include them.

Don’t bother comparing your story to other novels.

It’s all setup. Condense it to something like:
“After graduation from high school, Annie spends the summer working in her estranged father’s night club in New York City.”

That leaves 200 words to show what happens in the novel.

A scene involving Purple Drank, Annie, and Theo would be a very interesting one. Maybe her dad finds them, gets mad, buts ends up having a little as well?

No. You're thinking of Purple Rain. Purple Drank is a slang term for prescription-strength cough syrup containing codeine and promethazine mixed with Sprite or other soft drink in a cheap ass cup. It's a downer. It originated in Houston, TX.