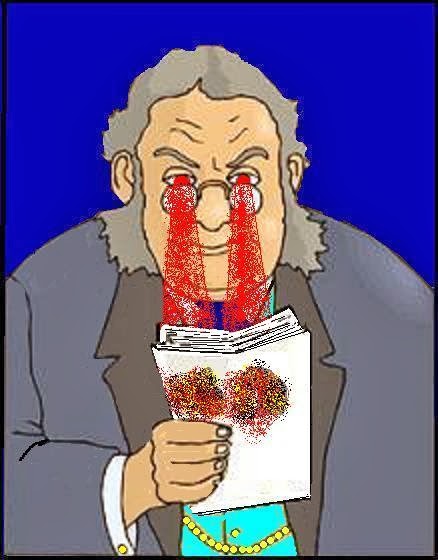 1. Boarding school? Try bored-ing school. How many games of field hockey can one girl tolerate? Silvy's ready to run away until she discovers just how much fun pyromania can be.

2. Shortly after an irascible literary editor rejects a manuscript for being thinly-disguised plagiarism of a Ray Bradbury novel, he bursts into flames.

3. Bad enough that fire elemental Cassidy got stuck hosting Thanksgiving dinner yet again, but then air elementals crash the party, murder some of the guests and kidnap others. And you thought Thanksgiving sucked in your family.

4. Severely burned in a suspicious local church fire, fireman Sam slips into a coma. His soul travels out of his body in an attempt to solve the mystery of the arson. Will a nurse who seems able to communicate with ghosts help him or will she and Sam succumb to vicious demons that appear to be planning something evil for all the parishioners?

5. Tina is a rare elemental fairy, able to control fire. Imprisoned in an iron cage and sold to a wizard, Tina must use every trick in her tiny little body to win the wizard's love . . . and expose a ring of black-market fairy traders.

6. Beautiful Beverly is the youngest of the Smoke Eaters, brave firefighters who parachute into dangerous wildfires. She's never thought a man could meet all her dreams, until she meets Captain Hank Jordan. Unfortunately, Jason Bradley feels the same way.

7. When Jonathon Storm was a little boy he hated water. The rain made him sad and Saturday bath night made him bat shit. His sister, Susan, could just disappear whenever she wanted, but she never skipped bathing. Magic happened the first time Jonathon lit a match, and his screams of, "Flame on!" are legendary. When Fire Ignites: The Human Torch, an unauthorized biography.

8. It's usually a one-way trip to the remote mining planet of Shiro. The indentured workers have been tricked into accepting such lousy wages they will never earn their passage home. Until one stands up to the corporation and ignites the fire of revolt in the hearts of the downtrodden. And ignites fires in the oxygen generators . . . oops, didn't think that one through.

With her aunts and uncles arguing among themselves and her drunk Ma cradling a bottle in the corner, [This is in the same room with the corpses of their relatives lying on the floor?] Cassidy, like always, has to take responsibility. Those bastard air elementals took her little sister, but she’s going to get her back.

Problem numero uno though: fire elementals are restricted to the South. If she crosses the border, the elemental Council will send their extraction team after her. [Problem numero uno should be arranging for the Council's disposal team to get rid of the bodies in the dining room. Otherwise Sis will be coming home to a highly unpleasant scene.] [Are air elementals restricted to the North? If so, why didn't the extraction team deal with them? If not, how does Cassidy know her sister's been taken to the North?] If caught, not only will her little sister be gone for good, but Cassidy will be stripped of her powers. A fire elemental without fire is nothing. Even though all she’s armed with is a couple of her crazy, but loyal cousins, her ‘69 Camaro and a hostage who won’t shut up, [You forgot to include the ability to manipulate fire. When you have flamethrowers and your enemy has leaf blowers, I like your chances.] Cassidy will make sure her family comes home, no matter what the cost.

You'd think a society that has extraction teams to keep elementals in their own areas would also have authorities to deal with renegade air elementals who commit crimes.

Presumably the mix of mythological creatures, Thanksgiving, "piece of piss," "numero uno," is part of the book's charm, and not anachronism gone wild.

I like the voice and humor if the book is also funny, but it's unusual for a query in which the main plot development is that characters are murdered and kidnapped to stress the comical aspects. Is the plot more adventure/thriller or comedy?

The query is mostly setup. When her little sister is kidnapped by air elementals, Cassidy and two of her cousins head into the forbidden North on a rescue mission. Expand that into a three or four-sentence paragraph that includes the important stuff I left out, and you still have room to tell us what the plan is, what obstacles pop up, what the air elementals want with Little Sis.

I found this query incomprehesible, even when I tried rereading it without EE's blue comments.

"A fire elemental without fire is ..." what? A human? A fairy? I'm really unclear on the characters and the setting (Alabama/Connecticut? South Pole/North pole?). Why did air elementals crash the party/kidnap the kid? Feels more like a madcap movie trailer than a query designed to hook an agent.

This ALWAYS falls flat. Because, as EE has stated, the colloquialisms simple do not translate. I don't care if the words are English--the sentiment is foreign.

That being said, set your query aflame and start again.

Describe what the heck actually happens in the story. And be more specific than North v. south, k? If you are a dreaded Murrican (that's how my son calls the incompetent persons seemingly constantly featured on Fox News) you know that America is region-specific. And North-South is too vague to really gain a flavor of authenticity.

The Brits talk about their North and South too, with the cultural assumptions more or less reversed AFAICT.

I'm going to try to synopt this story as I understand it from a 3rd reading of the query.

Cassidy McNamara is hosting Thanksgiving for her extended family of fire elementals when some air elementals show up. They kill several of Cassidy's family and kidnap her little sister.

The relatives don't fight back, they just argue and get drunk. So Cassidy goes off to look for her sister alone.

However, she's not allowed to leave the South. (I'd leave that out, since it clearly doesn't deter her. The next sentence contains an unclear antecedent... let's not worry about this. You'll have to rewrite from the ground up.)

She hops into a car with some relatives-- it turns out she wasn't the only one willing to pursue Sis. Off they go.

I would work on the fire elemental aspect if I were you. You don't say what it means. I'd think, for one thing, it would make one want to stay away from alchohol and Camaros. Also, give us some context. Who are air elementals and why are the fire elementals so powerless against them? Air makes fire stronger. Is this some kind of Hatfield/McCoy feud? What's at stake? If it's preserving Cassidy's family, can you make them sound less undesirable?

In other words, what is the actual challenge facing the protagonist?

EE and Alaska make concise work of the set-up, unfortunately I don't get a true sense of urgency from the author's query. It's heavy on the snark, light on the plot. Try re-balancing with a good dose of 'toning this down'.

Also, and perhaps this is me, but why the muscle car? I mean, the dang thing is 50 years old. Why is it so important to the story that it's in the query?

Also, no idea why anyone would host Cassidy's family for a Sunday dinner, let alone turkey day. They sound reprehensible, and TSTL.

That Alaska has read this query three times, author, should give you some sense of her kindness, and commitment to helping you rewrite this...

I hope you understand how unlikely it is that an agent will read it more than once. It has to be perfect. Work hard, revise. Let us see it again...

Why thank you, Veronica. What a nice thing to say.

Hey Alaska, many of us appreciate your decisive and insightful comments.

Actually, I think you meant derisive and incite-ful.