Veratrum in the News 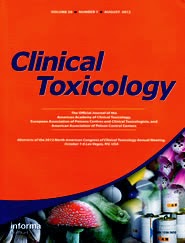 This month's issue of Clinical Toxicology includes an article theorizing that Alexander the Great died as a result of veratrum poisoning. As some of you may not be familiar with veratrum, this is the perfect time to repeat the query below, which I expanded with my extensive research notes on veratrum.

Your profile at Agent Query indicated you had an interest in urban fantasy. Please consider representing my contribution to the genre, The Wayfarer, an adventure novel told in 100,000 words.

Mallory used to be a vampire. Then his brother, Veratrum, a stronger vampire (perhaps the strongest vampire) [Dracula is the strongest vampire. Don't you know anything?] killed him. However, Mallory rose again, [Making him a zombie vampire. Or is it a vampire zombie?] [Was he killed with a stake through his heart? Because if vampires can return after that, there's no hope for humanity.] this time as a wayfarer, one who stalks the physical and astral planes. Possessed of humanity, he condemns the sins of his former life and swears vengeance on Veratrum [Who would name their kid Veratrum? I Googled it, it's a plant. Also a homeopathic remedy for dozens of things, and that's just under the heading of "Stool." For instance, you supposedly should take Veratrum if your stool is any of the following:

Veratrum is also recommended for the following symptoms (among hundreds):

Feeling excessively religious; vomiting during diarrhea; face that appears dead; craving refreshing things; imperceptible pulse; collapse after diarrhea; shrunken hands; shrieking.]
and all who serve him. Over a century of failures has stretched Mallory’s patience and forced him to compromise more and more of his ideals in service of his oath. [A century? If you've been seeking revenge on someone for over a century and consistently failing, you have to be the most incompetent wayfarer of them all.] [A zombiefied vampire stalking the astral plane in search of vengeance needs a scarier name than The Wayfarer. He'd have killed Veratrum long ago, but he walks in and it goes:

Mallory: Prepare to die, Veratrum.
Veratrum: Who's gonna kill me?
Mallory: It is I . . . The Wayfarer!
Veratrum (laughing): Hey minions, check it out. The Wayfarer. Run for your lives!
Minions (laughing hysterically as they pummel Mallory): Ooh, The Wayfarer. Save us Master.]The final assault begins with the rescue of Aethe, a woman Veratrum wants as more than just prey. What exactly he wants with her, Mallory does not know, and when she refuses to tell, Mallory keeps her with him under the guise of protection. The same for Claud, a bystander Mallory carjacks in his flight with Aethe, who manages to get bit by one of Veratrum’s minions. The bite, of course, infects Claude with the Nosferatu. [Quick, give him two tablespoons of Veratrum.] In order to keep the man pacified, Mallory claims there is a cure, but really he wants to use the disease in Claud’s veins to track Veratrum. [The closer they get to Veratrum, the brighter Claud glows.] [Make up your mind how Claud(e) spells his name.]
They take shelter with Mallory’s friends, who are happy to help until they discover where they rank in relation to Mallory’s fevered thirst for revenge. Unable to hear their words over the roar of his obsession, rationalizing his every betrayal, Mallory makes a bargain with another vampire: Aethe for Veratrum. [How can this other vampire deliver Veratrum? Veratrum is stronger. Is it just because it's two against one? In an entire century of trying to kill Veratrum, this is the first time Mallory's thought of enlisting help? What about Veratrum's minions? They're not going to stand by while Mallory and Claud kill Veratrum.] Can he go through with it? At what price vengeance?

I am as yet unpublished. The first five pages are enclosed, as well as an SASE for your response. Thank you for your time,
Posted by Evil Editor at 11:40 AM

lolz!!! I remember this one.