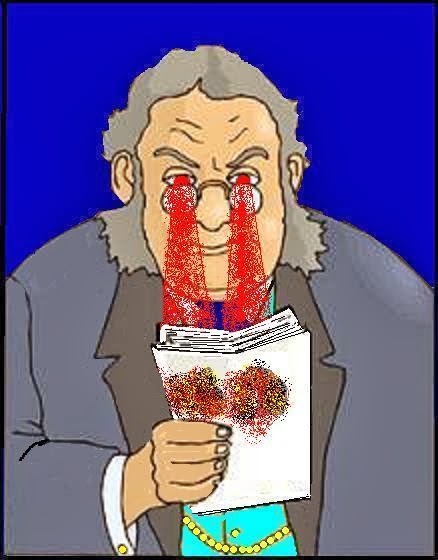 1. I was walking down the beach in Malibu when Julia Roberts came running down from her mansion and invited me up for a nooner. Then there was the time I went to get my driver's license renewed and there was no line. And once . . .

2. In the future, when dentures come with a free set of fake memories, two octogenarians find a way to hook up as versions of themselves fifty years ago. Can they stay inside their memories, or will their nasty nurse "spill" their memory tumblers?

3. Reg is haunted by memories of alien abductions and painful and invasive medical procedures. Finally he meets a hypnotherapist who eases his mind and relieves the terrifying flashbacks. But were the memories real in the first place? Or is the therapist manipulating him into becoming a hitman for the CIA?

4. Is her name Margot, or Celeste? Is she a brain surgeon, or a deep cover Russian operative? And why does she have a gun smoking in her hand? All of these questions might be answered whenever whoever she is analyzes her . . . False Memories.

6. When Allison goes into the hospital for brain surgery, the surgeon decides to try an experimental procedure, grafting a dead girl's gray matter onto her brain. Now Allison's remembering stuff that happened to the dead chick and getting involved in her life of drug abuse and murder. Which, frankly, is more interesting than her own life ever was.

7. When Meagen didn't grow into the voluptous busty gal she always wanted to be she sought the knife of a famous plastic surgeon. Now she's in demand and loving it. The problem is she didn't pay the piper and the repo man is hunting her. Will she live the life of false mammaries or renege and develop . . . false memories?

Sixteen-year-old Allison wakes up after losing ten months to a car accident and brain surgery – not your average brain surgery, but an experiment grafting some dead chick’s gray matter to her own. [Surgeon: I don't like the looks of this chick's brain. Let's try something unusual. Nurse, is there a dead chick around whose brain we could scrape some gray matter out of? And some super glue?] Her life’s in ruins: stuck in a rehab hospital, she’s hearing voices and reliving what the doctors call false memories – but the lure of that one Kansas pasture remains. [Wait, what? What Kansas pasture?]

Allison explores the memories, until her parents, surgeon and psychiatrist insist on drugs to block the thoughts. Drugs she won’t take. They think she’s crazy, [Is that how the psychiatrist worded his prognosis when talking to Allison's parents? "I think she's crazy."?] but the voice, begging for help, feels like her only sanity – a dead girl [chick] wanting to make amends to the little brother she left behind. Allison goes AWOL from rehab, heading to a town she’s never seen before and stumbling onto tragedy, drug abuse and murder. Then Allison wants redemption for a life that slipped over the edge – even knowing she could be next.

FALSE MEMORIES is a contemporary YA, complete at 48,000 words with series potential. [Is it a series in which each book is about another character who has gray matter from some dead chick grafted onto her brain, or are all the books about Allison adapting to having some dead chick's gray matter on her brain?] The manuscript is written in dual points of view (Allison as well as the girl who died) [I think you should continue to refer to her as the dead chick.] and would appeal to fans of THIRTEEN REASONS WHY.

I’m a member of SCBWI, and write both MG and YA. I practice medicine as well, but [not legally.] I’ve yet to master the brain-grafting-thing; it seemed so easy in the story. [The problem is obvious. In the book, the dead chick is fresh, and they can get the gray matter with a spoon. You're apparently using a chick who's been dead about 12 hours; try a chisel.]

Is the Kansas pasture Allison's memory or the dead chick's? And why is it in the query?

I'm thinking you could just tell about the brain surgery and "memories" and say that Allison believes they feel too real to be "false," without mentioning the gray matter graft. Even if you're dead-set on the graft in the book (instead of the dead girl having died in the same accident, or having been in the same hospital room with Allison), because it's believable in the book, you can do without it in the query, where it may give the wrong impression about the book, namely that it's totally wacko.

The setup: Allison wakes from 10 months in a coma to find she has memories of a girl who died recently. She sets out to find some kind of redemption for the girl. That's about all we have. We want more. We want to know what she does, who wants to stop her from butting in, what's her plan, what if she fails?
Posted by Evil Editor at 2:04 PM

Oh, EE. That Down South bit was too much fun!

Author,
This doesn't sound like a contemporary YA...alone. Is it horror? Suspense? Magical realism? I'm on board with fantasy as exchanging grey matter is kinda that, fantasy.

Not sure your background, but one can't exchange grey matter in real life. That is the neuronal cell body layer--with the neuronal axons into and out of it forming the inner white matter. All those connections get severed when the tissue removed, so...it's not like exchanging the cheese topping from one slice of pizza to another.
*removes scientist hat*

You might consider reading UNMADE by Carol Oates. It's a horror novella with a similar medical issue.

In terms of the query--the language is too loose. It doesn't give a professional feel. At all.

What are the stakes here? Allison has bad memories, not her own. She follows the urges in her mind, and stumbles into danger. Is she possessed by the dead chick? You said this is told in dual points of view, perhaps you could name the dead chick? Give us a sense why she so urgently needs Allison to redeem her. The query needs more meat, I'd put that in the stew.

This story is....short. I'd be wary of including a reference like Thirteen Reasons Why--or any book for that matter. But , in particular, your story sounds nothing like 13 Reasons, so I don't get why that is a core audience for your book.

Hm, I like the brain grafting aspect (as long as it's for a semi-believable reason and not just random mad scientist behavior), but I'm not sure how it makes this story any different from a story about a girl haunted by a ghost with unfinished business. The brain grafting is interesting. The ghost story feel is cliche. And as it is, I can't buy that a brain graft would make her hear the girl's desire to go finish some unfinished business. A person with part of another person wouldn't hear voices as if the dead person was still around. They'd partly become that person. In a theoretical, sci-fi sort of sense, I mean.

If this is just a story about a haunted girl, I'm not sure why the brain grafting should even be there. If it's more than that, make it about Allison, not the dead girl. Allison's not really the one with the problem here, she's just the tool the dead girl is using.

"Some dead chick" falls flat. I get that you're trying for a snappy voice, but it just comes across as callous.

While EE doesn't like us to comment on length (not sure what's up with that), 48k seems pretty short for YA.

I think this story needs a love interest. Where is the hot guy from rehab who follows Allison when she escapes? He could be a brain graft victim too with a connection to Allison's dead chick. That would add some padding.

The brain graft idea is interesting, and it's yours, so shape it to your advantage. Maybe it has something to do with a symbiosis of nanomaterials and human brain cells? I don't know.

The 'dead chick' line makes me wonder if the query is a hoax. I can't imagine many agents reading past that point.
Stem cells would work much more effectively than a graft of mature cells IMO. But then you'd lose your reason for Allison gaining a little homonculus of her own.
The plot does lack a little something, helping a ghost resolve issues is not exactly original. And the name Allison in a ghost story immediately made me think of Allison duBois, of 'Medium' fame (ie, helping ghosts).
- Jo Antareau
PS to the author of GTP #1. I got my licence renewed a few weeks ago and there was no line. In and out in 5 mins. Yessssss!

I feel certain there've been horror stories/TV shows, etc. in which a heart transplant or even a blood transfusion was enough to let someone take over another's body, so I don't think it's necessary to question whether the premise is scientifically sound.

For me the setup is okay but excessive. What is the main conflict? Stories are about conflict and you must tell the query reader about it. Is the conflict that Allison must fight to get back control of her mind? Or must Allison solve the murder of the dead chick? Or does the dead girl turn Allison into a drug addict? What’s it all about?
Also, many of your sentences are long—some run near or over 30 words. One four word sentence doesn’t balance it out. I submitted your prose to a readability website and it scored your writing as 12 grade with an ease of reading of 46. The grade level is a only little high but the ease of reading should improve. You can search for “Flesch-Kincaid” and try to improve readability.
You should compress the setup to about 30 words if possible. Here is an example where I guess about your plot:
“Sixteen-year-old Allison awakens after surgery with the memories and fears of a recently murdered girl. Obsessed by the memories and driven to solve the mystery, Allison hitchhikes to Kansas.”
Now, what happens? What does Allison need to do? Who is stopping her? What are the risks?
Here are a few things you don’t need to include:
- with series potential
- The manuscript is written in dual points of view (Allison as well as the girl who died)
- I practice medicine as well, but I’ve yet to master the brain-grafting-thing; it seemed so easy in the story.