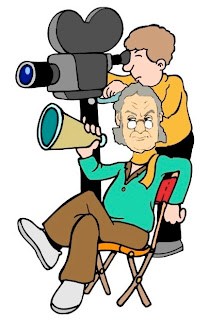 Each year we play Guess the Plot with the Oscar contenders. Each of the films below has been nominated as best of 2010. Which are the actual plots?

1. You thought the first duckling was ugly- this one wears a mask 24/7. No! Wait! It's a Ninja Swan, out for revenge on those snobby ducks!

2. Nina the ballerina is thrilled to get the role of Princess Odette but then she starts losing her mind as she changes into Princess Odette's evil sister, the . . . Black Swan.

3. A remake of THE CROW with a transgender heroine playing the part of the once-dead-and-now-returned-to-take-revenge-and-set-things-right supernatural Crow.

4. As Berlin prepares to host an international summit that promises to usher in a new era of peace and understanding between China and the West, hopes are high, but someone wants Hui Chen, the head of the Chinese delegation, dead. Eric Ziegler of the German Federal Intelligence Service, must protect Chen from one of the most feared assassins in the world, an extraordinary young woman known only as "Black Swan".

5. "Black Swan" events are catastrophic or life-changing incidents that catch us by surprise even through they seem perfectly obvious in hindsight. This documentary focuses on the work of Lebanese economist Nassim Nicholas Taleb who first posited that economists contributed to the recent Global Financial Crisis by thinking about it.

6. Drinking, smoking, piercings. Layla's done everything she can to be the black sheep of the family. But when her cousin steals the title with a teenage pregnancy, Layla takes up felonious BASE jumping to become . . . "the Black Swan."

1. A soldier questions his role in Iraq.

2. It's like Rocky, except the guy is trained by his brother instead of Burgess Meredith and he has better enunciation.

3. A gray haired old man stands up at his town hall meeting and screams unintelligible platitudes, bon mots and non sequiturs for two hours earning himself the title of . . . "THE FIGHTER!"

4. Retired mechanic Todd Wayland restores vintage airplanes. When a property developer drains a nearby swamp and discovers the rusting remains of a World War II fighter, Wayland vows to see it fly again. But can he navigate the labyrinthine bureaucracy of the United States Navy, which owns the wreck? And what about his failing eyesight?

5. Supersonic, invisible to radar, and able to deliver a deadly payload anywhere on the globe, Hailstorm is the first of a new generation of unmanned combat aircraft. Its first test flight is an astounding success except for one thing -- Hailstorm doesn't come home afterward. The Joint Chiefs call on ex-Marine John Bishop. His mission: find America's deadliest secret before it falls into the hands of an international terrorist threat.

7. To everyone's amazement, a little boy with end-stage leukemia refuses to die. Then he starts to get better. Then, the patients on either side of him get better. Go, kid! Go!

1. A soldier questions his role in Iraq.

2. Two idiots fight over an apple. Also, a snake.

3. A thief is given a final chance at redemption which involves executing his toughest job to date . . . Inception!

4. It's taken Halley Pepto-Bismol, Lefty Schwartz, and Spot the Wonder Dog nine months to get together after the Big Blackout and lo and behold, its time to figure out who's the Daddy. The inception was successful.

5. An activist Supreme Court rules that life starts at birth only if a woman is married, while out-of-wedlock births are deemed unborn. Evangelical churches are in a tailspin, because although they've been committed in the past to the unborn, they don't want to support the illegitimate unborn. Bloodshed and love ensue.


The Kids are All Right

1. The lives and loves of anti-Iraq war protesters.

2. A Biopic about the children of David Eisenhower and Julie Nixon.

3. One teacher must come to terms with her own stupidity when she realizes her students know more than she does.

4. Two women in a same-sex marriage. Each with a child by the same sperm donor. The kids, teenagers now, contact their biological father. Will he join the family? And which family member(s) will he start sleeping with?

5. The Larkville Herald would like to issue a retraction and apology for Monday's story regarding Ben Hubbard's goat farm.

7. His cupboard is bare, his sofa is occupied, and there is graffiti in his bathroom. A middle-aged man reaps the rewards of anti-authoritarian parenting.

1. A rogue chess piece scares the bejesus out of a U boat crew at 40 fathoms.

2. After the tragic great fall of Humpty Dumpty, the ruler must explain his horses and mens' ineptitude.

3. Alvin Duhenny, self-proclaimed King of the Confederacy, gives a four-day speech about how the South will rise again. His base grows and the Supreme Court rules that slavery is no longer illegal. Bloodshed and more bloodshed ensues.

4. It's tough to make a dignified speech after shrieking when you sit down on a cold, metal bench with a kilt, doublet and cape but George the Third will give it the stiff upper lip try.

5. Only a fear of public speaking stands between Herman Horace and his dream of a career as an Elvis impersonator.

6. A retelling of the battle of Agincourt.

7. Speech therapist Lionel Logue takes on the task of curing the king of England of his stammer. He mostly succeeds, although the king still has trouble saying Lionel Logue.

1. As if it weren't annoying enough that some guy became a billionaire by starting the Facebook social network, now we have to watch a fucking movie about how brilliant he is?

2. A teen mistress of Facebook is yanked back to regency England through a time warp. Gaffe for gaffe, she learns the true meaning of “Social Network.”

3. Fourteen year old Jamia has finally gotten to high school! But who knew it would be so complicated...between trying to finish that lab report (ahem, copy and paste some text from that chemistry website) and trying to fit in, Jamia gets lost. Her "boyfriend" is really her older brother's compliant minion, and she hates all of her "bff"s. Can she skillfully use the Social Network to get her life back together???

4. It's beauty salon days for Muffy's caffee-klatsch Gals. When they witness a murder at Starbucks, one of the housewives thinks she's got a picture of the killer on her cellphone. Can four latte-swillers make it to the Mani-and Pedi's before the cops and the killer find them?

1. Dick "Willy" Cocker can control his pee like no other — but can he win the World Drip-Out Challenge blindfolded?

2. A documentary about the efforts of Peter Jackson and James Cameron to make the longest movie ever shown.

3. Jack Bauer tries to stop time and prevent the magnetic poles from flipping and causing the December 21, 2012 Apocalypse.

4. Five days in the life of one guy in Utah as he thinks about friends, lovers and family, and never moves from the same spot.

6. A New York Times' reporter has to endure the horror of life in the red states when his plane is forced to land in Nebraska.

7. Gary buys a new laptop but runs into trouble. He spends 127 hours with the computer company's tech support trying to resolve the problem. Then he buys a gun at a gun show. Bloodshed and love ensue.

8. Is how long it takes to write the average term paper. Also, it's the average length of an alien abduction. Can you see where this is going?

1. Toys are mistakenly delivered to a day-care center instead of being stuffed in a box and put in the attic, thus inspiring feelings of abandonment.

3. The next generation of latex marital aids is due out just in time for Valentines Day. Mmmmm, chocolate flavored too!

4. A three-hour security camera video of toddlers playing with toys. They play, they fight, they cry, they nap. Poop and pee-pee ensue.

5. A Croatian family with nothing to their name walks all the way to Switzerland in search of someone who will give the three children each a toy.

1. Never before has a jaw been clenched this hard.

2. Camp Square Lake has the most beautiful campus, and the kids there seem really happy. When Samantha arrives, she doesn't expect to be told that you get NO showers for the whole summer. By three weeks, even her trusty deodorant can't cover the stench. Plus, the hair on her legs is growing VERY long and she seems to be growing a bush under each arm. When it comes time to make out with her new camp "boyfriend," will he be disgusted by her . . . True Grit?

3. Someone poured sand in the bottom of the water slide and when Stan Stanislavski, the world's biggest water park aficianado comes down, he's going to discover the meaning of true grit!

4. The inspiring true story of a retarded man who revolutionizes the gravel industry.

5. An unflinching girl hacks through dangerous terrain to track down her father's murderer.

7. Welcome to Schleifit, Ohio, sandpaper capital of the world. Come along for a historical docu-drama as we map the rise of an abrasion industry Giant.

1. A moving account of this year's TV documentary smash: Toby the Alaskan stallion and his custom prosthetic.

2. Three years ago, Sam Skatz choked to death on a chicken bone at a barbecue. Now his ghost is haunting the Skating Rink. When Sam's former sweetheart hits the ice on a cold winter's night, can Sam keep the heat of his ghostly passion in check, or will it melt the ice?

3. A young gay man must come to grips with his sexuality at a penguin research center in Antarctica.

4. A dog, a bone, a yard full of snow. Where did he put it? Animation at its lowest. Snow and freezing rain forecast.

5. A woman with SAD attempts to bury Winter's Bone in Oz, to procure eternal summer for Europe. Will the plucky Australians stop her? Also, speedos and bikinis.

6. An unflinching girl hacks through dangerous terrain to track down her father.

"Gems", eh? Is that what they're calling 'em in Tokyo these days?

Almost as nice to wake up to as an oiled Daniel Craig and a 12lb slab of of Marscapone.