The Brenda Noval Auction for Diabetes Research doesn't begin until May 1, but already hundreds of items and services are posted at the auction site, including several from Evil Editor. Some of Evil Editor's offerings have been rejected by the auction powers that be, and thus EE will once again run his own auction simultaneously with the Brenda Novak auction. If you have other suggestions for possible Evil Editor offerings, submit them as comments. I may add a few of them to the list. 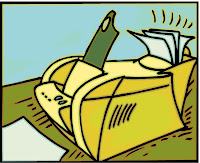 They say smell is the sense that brings forth the strongest emotional reactions. Of course you would never dip your manuscript in perfume before submitting it, but Evil Editor's scented manuscript paper has a faint aroma that won't be noticed until it reacts with the editor's skin oils and begins wafting toward his nostrils halfway through your pages. You get four reams, one each of lilac, cinnamon, bacon and new car. 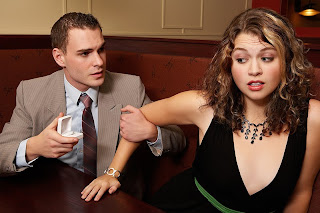 Evaluation of a Proposal, by Evil Editor

Nothing is more likely to send her running in the other direction than a marriage proposal filled with vagueness, adverbs, and misuse of the word "literally." Run your spiel past the world's most famous editor for a complete line edit. Ring not included. 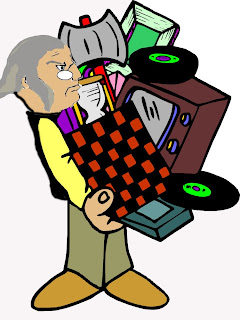 Evil Editor recently cleaned out his junk drawers and his attic. Don't miss this rare opportunity to get your hand's on EE's junk. 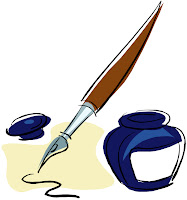 An Evaluation of Your Name, by Evil Editor

You'd like to think your manuscript has never been rejected just because an editor thought your name was boring, forgettable, blah. Don't be so naive. Let Evil Editor do a complete line edit of your name, and suggest three noms de plume, at least one of which will include a middle name. 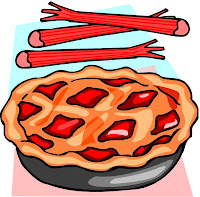 An Evaluation of Your Pie Recipe. 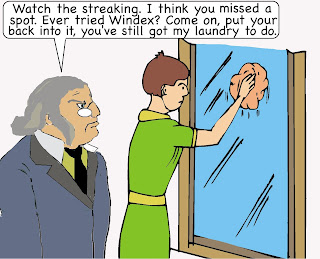 EE will move into your home and critique your housekeeping methods, including how you fold your T-shirts, how efficiently you store your kitchen utensils, whether your shower needs grout work, and why you vacuum in the wrong direction.
Posted by Evil Editor at 9:26 AM

Can I join you in the pie tasting?

How can I compete? LOL