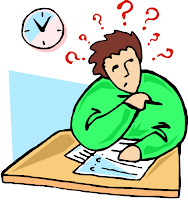 Below are descriptions of five books available at BN.com. Your job is to guess each book's title from the lists given. The fake titles were submitted by the Evil Minions.


1. In this spirited paean to alcohol, two parts cultural history, one part personal meditation, the author takes readers on a bacchanalian romp through the Fertile Crescent, the Mermaid Tavern, Plymouth Rock, and Capitol Hill and reveals, as Faulkner famously once said, how civilization indeed begins with fermentation. Mentioned are Johnson and Boswell, John Donne (!), Byron, Oscar Wilde, Hemingway and Fitzgerald, Thomas Wolfe. And, of course, Dylan Thomas, who once defined an alcoholic as someone you don t like who drinks as much as you do.


2. From the publisher of Bartender magazine comes this incomparable collection of bar jokes, quotes and cartoons that are sure to make you appear witty and charming and the life of your next cocktail party. Wow your drinking buddies and impress your dates with such clever and entertaining hilarious quips as: "You're not drunk if you can lie on the floor without holding on." "I saw a sign that said Drink Canada Dry, so I've started."

Bar None
Cocktales
Shaken and Stirred
Why the Long Face?
Beer is the Answer--I Don't Remember the Question
100 Slur-Fire Lines to Make You the Lush of the Party
An Englishman, an Irishman and a Scotsman Walk Into a Bar


3. The history and culture of booze as told by a writer with a knack for distilling all the boring bits into the most interesting facts and hilarious tales. It’s almost like pulling up a stool next to the smartest and funniest guy in the bar. Did you know... that you have a higher chance of being killed by a flying Champagne cork than by a poisonous spider? That the Code of Hammurabi mandated that brewers of low-quality beer be drowned in it? That beer was so popular with medieval priests and monks that in the 13th century they stopped baptizing babies with holy water and started using beer?

Booze Newz
A Butt of Malmsey
The Intellectual Sot


4. Many people drink, few do it professionally. That’s right. I get paid to run around boozing, carousing, and getting into all manner of trouble, all in the name of covering the “adult beverage beat.” Join me, as I conduct “revealing” hotel room interviews with porn stars in LA; wake up naked on a big-shot Hollywood producer’s living room floor; and learn, the hard way, why NEVER to order an Irish car bomb in a Dublin pub. A bawdy barroom confessional that leaves no shot glass un-shot, no beer un-chugged, no potential paramour un-hit-upon, this is the most entertaining and honest book about the Drinking Life ever written. At least, ever written by me.

Bottoms Up!
Living Loaded
Barley and Me
Absinthe, Absinthe!
Fire the Sommeliers, a Memoir
Journey to the Center of Vermouth
Leave the Bottle: Can't You See I'm Working?


5. Live vicariously through Juli. Growing up in rural Minnesota, Juli discovered alcohol at a young age and continued to drink throughout college. Numerous random encounters and events take place. It's a must-read for a good laugh.

The real books are:

The Joy of Drinking
Beer is the Answer--I Don't Remember the Question
Alcoholica Esoterica
Living Loaded
One Time When I Was Drunk
Posted by Evil Editor at 9:00 AM

I only managed to guess no. 3.

There were some great fake titles in there; Mint Juli was much better than the real title, and so was Atlas Puked!

Was it just me who felt queasy when reading the blurb about Juli's story, particularly the bit about "a must read for a good laugh"? Ick!

The others all sounded as if they were written by the type of wind-bags that you'd pray to not be seated beside on a long-haul flight. I struggled to not submit titles about "bores" instead of "booze".

FHH: You were trying to guess? Remember, it's two drinks if you miss.

Phoenix, I managed to miss the other four!