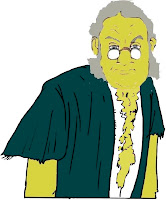 Each year zombies make numerous appearances in fake plots, but this year four of the following turned out to be the actual plots of minions' novels. Which four?

1. Minerva has always been wayward: cigarettes at thirteen, booze at fourteen, and motherhood at fifteen! That, however, proves to be only apprentice waywardness, for when she turns sixteen, she experiences . . . the waywardness of the undead!!

2. When a drunken surgeon replaced her hands with lobster claws, Natalie's popularity crashed. Exiled from polite society, she takes off sailing solo round the world -- only to be shipwrecked on a desert island inhabited by walrusmen, midget vampires, and zombie pirates. But it's not so bad once they make her their queen.

3. The network has spoken, and they've voted off survival reality show host Guy Sly. In a plot of cold revenge Guy orchestrates a mass kidnapping of network bigwigs and plants them on a remote island full of immortal beings. Vampires, zombies and faeries galore! Which fat cat will be dinner first?

4. When Jared and Jason's father is killed by a mysterious explosion at the Foxfire Lab, they know there's more involved than a simple gas leak. Can they find the culprit--or will they unleash a zombie apocalypse? 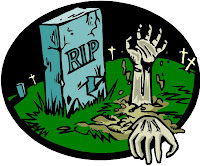 5. Mary Sue and her boyfriend Gary rampage through Brooklyn while stalking a were-zombie with Lovecraftian ambitions. Meanwhile the Greener in Pieces initiative (run by ghouls) has decided on drastic measures in the once-man vs nature war. Also, a kitchen sink.

6. Joan thought she had problems when zombies started sprouting in her flowerbeds. Then, this morning it rained lobsters. Maybe scrubbing the marks off that oddly-shaped stone in the back was a bad idea.

7. Librarian Jeannie Flaherty knows there's something wrong when every new acquisition that comes into her library involves fog, spectral dogs, alien abductions, and Sasquatch. Could it be a sign that the zombie apocalypse really is happening? Also, undead hamsters.

9. After the zombie apocalypse kills us all, Marley discovers that brains taste sweeter when he's shambling alongside Dixie Adams. But then the vampires show up and ruin everything.

10. Soon after Jack starts working in Lisa's pizza parlor, romance blossoms. Should he tell her he's a zombie now, or let her find out the hard way, when customers complain that fingers weren't among the toppings they ordered? 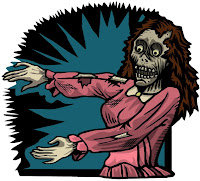 11. Melissa has grown tired of dating men who are interested only in her body. Eventually she meets George, a man who actually wants her for her braaaaaaaaaiiins.

12. John's beloved zombie bride Marsha has been kidnapped. Can he lead his fellow rotting corpses through the city and rescue her before she ends up as fertilizer?

13. Marla Higginson falls asleep watching TV only to awaken in a Zombiefied version of her favorite soap. Will she escape Zombism or, since her lover Brendan is now undead, will she convert for him? Tune in tomorrow when…

14. Spirit Hill got her name from her granola-munching parents, and her necromantic ability from a two-timing gypsy. When zombies come looking for organic brains, can she save her beloved commune?

15. As the end of the world draws nigh, miracles are on the rise. So when Jesus Reyes’ modest two-story colonial shows the ability to do long division, a skill long lost to the general populace, no one takes notice. How can they, with zombies wreaking havoc on the town?

16. Elizabeth is having one lousy fifteenth birthday, mostly because of the hitman who killed her. Now she's awakened in the morgue, and the hitman wants to turn her from the living dead to the dead dead. It's beginning to look like she won't make it to her senior prom.

17. One day Josh oversleeps and wakes up to find zombies attacking the city. What's worse, his brain has already been eaten, yet somehow he's still walking around. Being dead feels great! He decides to help others find the same undead bliss he's discovered--while at the same time satisfying his craving for grey matter.

18. When zombies overrun the palace, prince Eduard escapes on foot, shielding his younger sister, princess Aija. But to become king, the law says he needs the actual royal crown, the one they left behind on the dead--now a zombie--King's head.

19. Young and beautiful Gwyn has undertaken to retrieve the talisman that can destroy the cursed zombie army of Francis the Furious from the nunnery at Ammanpur. With the aid of a handsome seaman, Gwyn crosses the ocean only to find the nunnery surrounded and besieged. Can she retrieve the Amulet of Ammanpur and save the . . . sisters across the sea?

20. When a zombie shows up on her doorstep seeking an explanation for his reanimation, Louisa is thrust into an adventure that takes her to Bulgaria and the tomb of an ancient bandit who worshiped Allat, the Mesopotamian goddess of the underworld. Does Allat's lullaby have the power to wake the dead?

21. Monstro City: where four million monsters reside, wishing their human ruling family were all dead. When Prince Thomas learns his family faces eviction from the castle--and certain death--he sets out in his swamp monster disguise to collect back taxes from a dragon. Can he keep the royal family solvent? Also, a socially challenged zombie.


The actual plots are

I didn't think parts fell off of zombies. I though undead pretty much stayed in one piece.