The author of the book featured in Face-Lift 1352 would like your opinion of the revision below.

It's 1992 and 18-year-old singer/songwriter Angel Carlton has her life all figured out. She plans to go to college in Nashville, get a record deal, and finally get over Damon, her brilliant and elusive muse of three years. But first, she'll be spending a long-dreamed-about, unsupervised summer after graduation [Not clear why you didn't get rid of this. It's summer, she's 18, and she's ready to start college. We can figure out that it's after graduation. In fact, I'd get rid of "long-dreamed-about" too. It's not important.] at her family's beach house near Ocean City, Maryland[,] where she first met Damon. Her Dad has one rule: no drugs in the house. Not a problem for the straight[-]edge girl.

But because of an answered prayer, Angel believes that God has sent her to the beach to save Damon from drug-fueled self destruction before the summer's end. [As you referred to the beach summer as "long-dreamed-about," one could assume it's a vacation she planned without God's help. I mean, if Damon needs saving, God's not gonna tell Angel to go to Ocean Beach eight months from now to save him. God's gonna say, Get your ass to Ocean Beach right now.] If successful, she'll become a star; if not, she fears she may never write another song without him to continuously break her heart. [I kinda expected you to say "without him to inspire her." So she wants him to continuously break her heart?] [You know, I think I'd just drop this whole paragraph. The query's too long, and everything in this paragraph leads to questions you don't have room to answer.]

When Angel meets up with Damon again, she spends all her time with him in an attempt to keep him away from his druggie friends and fulfill her secret mission [save him from drug-fueled self-destruction]. [Obviously that change assumes you've dropped the previous paragraph.] Though she vows to keep their relationship platonic, the more he pokes holes in her surprisingly tenuous faith, the more she finds herself attracted to him, inspiring plenty of [some of her best] songs. Will she be able to [Can she] resist his influence the whole summer and remain just friends? [Is he trying to influence her to do drugs or go beyond platonic or both? Has she told him no, and if so, is he still trying to influence her?] Will she still want to?

Meanwhile, Angel's mother suspects the unapproved-of reunion and starts inviting "adult supervision." [I know it's not how it goes, but it would be more concise if it read "Angel's parents suspect the unapproved-of reunion and drop in unexpectedly." I don't know what you mean by sending in "adult supervision." But I can't imagine getting a phone call from someone I know asking me to drive to Ocean City, Maryland and drop in on their kid and search the place for drugs and unapproved boyfriends.] One unwelcome guest discovers a mysterious pot-smoking bowl in the house that no one is claiming, breaking Mr. Carlton's one rule. This puts Angel's music career dreams put in jeopardy, but after a disastrous open mic performance and falling back in love with Damon, will she still want it? If the bowl is Damon's, has Angel failed in her mission? Will she be forced to choose between her heart and her dreams or will Angel figure out the truth [The truth about whose pot-smoking bowl it was? Has Angel been letting people stay in the house when she wasn't there?] before her future goes up in mind-altering smoke?

The story, told in diary format, alternates between 1992 and the present. The main character, now middle-aged, types up her journal from the summer of 1992 and shares it with her sixteen-year-old daughter, who has never heard of "Damon," curious to see if she can guess what it hides without being told. [It would be pretty easy to guess if she were told.]

The query mentions God, faith, prayer . . . plus Angel, Damon . . . and the previous version told of a cross that was a direct channel to God. But you haven't said anything about the inspirational genre. Would those into religious novels like this or hate it? If the former, you might want to focus on agents who handle inspirational books, and mention the genre in the query.

I'd rather the query stuck with Angel and Damon, and left mom and her spies out. Let Angel discover the pot-smoking bowl in the query. What is a pot-smoking bowl? You fill a bowl with weed and everyone leans over it and takes deep breaths? Or . . . 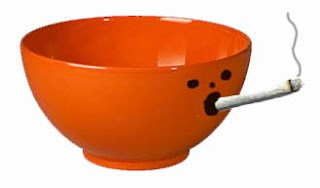 I don't think you need to mention the book's format in the query. Especially since it's already a bit long.

So far, I don't see any real reason for Angel to be trying to get involved with Damon. What does she see in him? Why does she think he's worth saving? Why does she find him inspiring?

What Angel really wants also seems a bit fuzzy. Is her ultimate choice whether she wants a druggie boyfriend more than anything else in life? Discovering she doesn't need him to have a successful music career? Something else entirely?

You're asking a lot of questions in your query. You might want to try to provide answers that don't raise questions instead.

First of all, I've never heard of a "pot smoking bowl." And I live in Colorado. You "smoke a bowl", meaning packing and smoking the bowl part of a pipe. If you don't know what you're talking about, research the procedure carefully online. You'll also want to hang out on some cannabis forums to pick up some of the nomenclature. Otherwise none of your dialogue will be realistic.

This needs to be shorter, more concise, and more clear. Something like this:

"It's 1992 and 18-year-old singer/songwriter Angel Carlton has her life all figured out. She plans to go to college in Nashville, get a record deal, and finally get over Damon, her brilliant and elusive muse of three years. But first, she'll be spending a summer at her family's beach house near Ocean City, Maryland where she first met Damon. Her Dad has one rule: no drugs in the house. Not a problem for the straight edge girl.

Angel believes that God has sent her to the beach to save Damon from drug-fueled self destruction before the summer's end. When Angel meets up with Damon again, she spends all her time with him in an attempt to keep him away from his druggie friends. Though she has vowed to remain a virgin until marriage, the more he pokes holes in her surprisingly tenuous faith, the more she finds herself attracted to him. Rather than give in to temptation, Angel channels her frustration into her music.

Meanwhile, Angel's mother suspects her good little Christian girl is in over her head. When drug paraphernalia is found in the beach house all hell breaks loose and Angel is forbidden to see Damon. This sends Angel into a crisis. Did she fail in her mission? After a disastrous open mic performance Angel knows she needs her muse and begins sneaking out to see Damon. She may be putting her future in jeopardy for a druggie who will never change. But she didn't choose to fall in love with Damon. Where is God when you need Him?"

Of course I got many details wrong, but that's where you need to be more clear. Notice I've clarified what's at stake: Dreams and future career versus possibly doomed love with an addict who may never change. 2. Also, can Angel keep her faith in God, which is obviously important to the story.