Tired of chasing the uncatchable roadrunner and enduring mishaps that ought to have killed him a hundred times over, Wile E reviews his tactics and settles for easier prey: naïve Route 66 tourists.

When Lois tells Superman that his name is kind of egotistical-sounding, he decides to come up with something that still expresses his magnificence, but more subtly: The Transcendent.

There's also George. And Judy. And Rosie and Elroy and Astro. What I'm saying is that the Jetson family is not . . . Just Jane.

When Elmer Fudd decides to become a major player in the South American slave trade, he discovers his biggest competitor is none other than Bugs Bunny. Not content to let that wabbit spoil another one of his pwomising enterpwises, Elmer dukes it out with Bugs in a series of madcap antics, until they finally settle their diffewences and agwee to go into business together. Now they just have to find a way to wound up those wascally Bazillions.

Ever since Priscilla opened her diner, she’s had her doubts about the name. Selling eggs and sausage to truckers at one in the morning is tricky business, but she never expected her place to become the new hot spot for roadrunners. And who sent her the huge Acme brand anvil?

The ghost of Al Capone returns to 1960s Chicago and wreaks havoc on the city's hippy counterculture. Ultimately prohibited from committing any worldly sin, Capone is consumed by a hatred of Bohemianism bordering on the fanatical. Only Shaggy and Scooby can stop his nefarious plans to exorcise the desire for pleasure from the human spirit.

In a Disney World restaurant Dave witnesses a customer's complaint that the chicken hasn't appeared, by which he means Donald Duck isn't on the scene. Realizing something should be done about ignorant and obnoxious theme park patrons, Dave complains to Mickey Mouse. But Mickey just calls him a butthead. 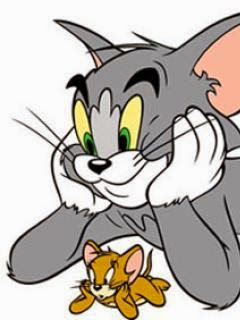 Somebody dropped a safe on Jerry's tiny little head and Tom wants to know who. Can Kojak crack the case in time to save Wile E. Coyote from the same fate? Who Loves Ya Mouse?

A Chicago business tycoon believes his days of struggling for existence are behind him--until he catches a glimpse of his old rival running down a back alley. This time, he swears, things will be different. This time he OWNS the Acme company!

Captain Tisdale wishes he never took the helm on Disney's Bermuda Triangle Line. Mickey's smoking blunts while Donald's tapping Goofy. Chip and Dale have bivouacked in the galley and Pluto thinks he's a cat. Can the stalwart captain pull them from the rift before Snow White begins the striptease, or will every child aboard grow up to become a Pirate of the Caribbean?

When Marge Norge bought her long-abandoned mid-century modern House of the Future, she envisioned a Jetsons life, with herself as Jane in an apron. But the Kitchen of the Future has other plans.

In a land where “superheroes” are ordinary government workers and dorks have superpowers (if you call bringing comic book characters to life a superpower), one man rages. Forgotten and alone after becoming a centenarian, Superman vows that Metropolis will not soon forget the day his wrath was unleashed.

Oh, how positively inviting she looked--that bikini-clad cuckoo that statuesquely stood by the window on W. E. Coyote's porch. All that gave the ploy away was the return address on the discarded packaging that read "Acme Adult Novelties."

At least Superman isn't a hipster. "Yeah, I do have this other place, but you've never heard of it."