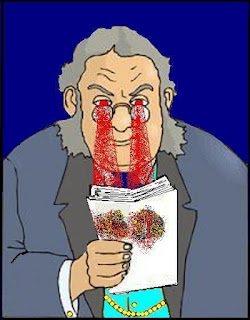 1. All of her life, Kelly's had a gift--the ability to magically repair cars. When an old Firebird she resurrected starts destroying the competition on the local stock car circuit, NASCAR comes calling. But if she signs with a team, they might learn her secret. Should she go to Daytona--or stay in Middleton?

2. Jason Ahummina works for Seers, Robot and Company, in the sparkplug department. Business is booming -- all the Babbage calculating machines are switching from steam power to internal combustion. When Princess Animmuha arrives on a PR outing with her reluctant 'bot chaperone, will sparks fly?

3. Mechanic Rachel Chase has always been able to foresee people's deaths. When she has a vision of her mother being murdered, she must figure out how the skills she acquired working at Jiffy Lube can bring down a psycho killer. Also, a family of warlocks.

4. Carlos Spargo, aka "Sparkplug", is happy in suburbia. He discovers he's a direct descendant of a wicked necromancer when his grandma dies and leaves him a book of spells. Will he become the coolest dad ever, or leave his family to find wealth and fame?

5. No NASCAR crew is complete without its oracles. But when, in the midst of a pit stop, Tiny Dawson's pit-seer tells him that she sees fire and explosions on the next three laps, Tiny tells her that's what racing's all about.

6. Crosby thought life sucked eggs until he met Stilz, a nashini who knows how to build a better mousetrap. Which is great, because mice are taking over Youngstown. Also, a plague.

Rachel Chase’s mother is going to die. [Drop this; unless it's specifically stated, I never assume a character is immortal.]

After a lifetime of watching folks bite it in her visions, Rachel’s seen fate win, over and over. ["After a lifetime" could suggest her life is over. "In a lifetime" is better, though you could subtly convey your character's approximate age by saying "In thirty years of . . . "] [Authors often tell me to bite it; I had no idea they were telling me to die.] Drowning in a glass of whisky usually takes the edge off her guilt, but this time, Jameson doesn’t cut it. Not when her mother’s going to be sacrificed by some psycho. ["Sacrificed" as in a ceremony? Or just murdered?]

However, her zipcode hopping mom is harder to track than a sidhe who owes a favor. [My research into the favor-repaying practices of the Sidhe reveals that:

Some versions of Irish mythology have the Daoine Sidhe eventually divide into two groups: the Seelie Court and the Unseelie Court.

The Seelie were bound by their code of honor to repay any debt owed as soon as was possible. This included both favors and insults.

The Unseelie placed no stock in the ideals of honor. Instead, they pursued their own self-interests vigorously.


Thus your analogy is a clear insult to all members of the Seelie Court--an insult they may be counted on to repay in short order.] [A better analogy would be "harder to track than a literary agent who told you to look her up at a writers conference."] Since Rachel avoided the supernatural community all these years and her mechanic job never led to many connections, her allies amount to nada. Until a warlock family rolls into town looking for a seer. They need her help to unseal their power [When you want your power unsealed, you don't go to a seer; you go to an Unseelie.] and Rachel needs assistance tracking down and protecting her mother. A trade seems only fair.

Yet, the warlocks aren’t playing straight with her. The elemental traps protecting the seals are deadly and they’re keeping secrets, like the untimely fate of the last sucker who worked for them. [This makes it sound like it's the traps keeping secrets and for whom the last sucker worked.] If Rachel doesn’t find a way out of this supernatural nightmare soon, forget thwarting fate, she’ll be joining her mother in an early grave.

Not clear to me why warlocks think a person who has visions of people dying is the ideal person to unseal their power.

Does Rachel have control over her visions? Can she look at a guy and foresee his death? Was she thinking about her mother when she foresaw her death? Or is it all random? I take it she was unable to identify the psycho she saw in her vision or the place she saw the psycho killing her mother? Getting to the place where her mother's going to be killed could be as useful as finding her mother.

Her mechanic job doesn't seem worth mentioning in the current context. If you need to track someone down fast, you can hire a detective. You're unlikely to find useful "connections" no matter what your job is. On the other hand, there must be some reason you've made Rachel a mechanic; if her skills as a mechanic come into play, maybe you can work in how, so the title makes sense.

Have Rachel's visions all come to pass up till now? Does she have reason to believe fate can be thwarted? Has she ever tried to thwart fate? Have you ever tried to say "thwart fate" three times fast?
Posted by Evil Editor at 10:21 AM

Hi author!
Sounds like this could be a good read, but right now the tone feels chatty, and the plot seems mostly set up.

Rachel has visions, she sees her mother dying in one of these visions, and now she teams up with unscrupulous warlocks to track down her flighty mom and save her from untimely death... And I'd like to know a bit more about how Rachel, the oil jockey, can do this.

Why is she the important cog in the power-unleashing machine? How can she defend herself from these beings? What if SHE if the reason her mom dies...by unleashing untold warlock powers etc.

I dunno. You haven't told me enough...

The chatty tone is okay if the book isn't dead serious. On the other hand, there may be better terms than "bite it" that are equally chatty. "Buy the farm"?

So, we have a compelling situation:

1. Rachel has premonitions of people's deaths, but can't do anything about it. (That last is an important detail... if true. Does she just believe fate wins, or has she actually tried to save anyone?)

2. This time it's different: it's her own mom on the chopping block and, though she still knows she can't prevent it, she's gotta try.

After that, tension falls, because you start talking about other things... Rachel's lack of connections. (Which is odd. I'm pretty sure mechanics meet people from all over.) Who cares about connections when her mom's being stalked by a psycho?

Then we're back on track because

3. Rachel needs help to find her mom (Really? Some seer.) and warlocks need her help... personally I think it would be cool if what they needed from her was a new distributor cap or a rebuilt alternator, but okay.

As it is there's no narrative purpose to Rachel being a mechanic.

It is useful in that it suggests she's unconventional, doesn't accept limits opposed by others, whatever.

But since there are lots of other ways to communicate that, I'm assuming that her being a mechanic is also integral to the plot. That's not showing in the query as it stands.

You kind of have to mention her mechanicity in order to explain the title... but that still leaves us wondering if there's more than one seer in the story. IOW, are you stretching too much for the sake of the title?

Zip code is two words. And y'know, up here zip code hopping can require a twin engine Otter (see post office, bankruptcy of) but in the Lower 48, you can cross three zip codes on an afternoon stroll. Mom'd be harder to find if she was state-hopping or region-hopping.

What I can glean of the premise sounds interesting. My problem with the query is that the front half and back half don't connect for me.

We start with the problem of her mother's imminent death and her need to track her down, but that seems to be just the catalyst for hooking her up with the Warlocks. Then the story seems to switch from "find Mom" to thwart the warlocks and stay alive.

I would like to see (if it exists) more about how saving her mom is worked into the rest of warlock plot.

You were doing okay until:
"The elemental traps protecting the seals are deadly and they’re keeping secrets, like the untimely fate of the last sucker who worked for them."

It was really concrete imagery what with psychos, mechanics and whisky, and suddenly I have to visualize elemental seals setting some sort of trap? It's jarring to say the least.

The tone is too breezy considering the stakes. Her MOM is going to be murdered. You sound like a sociopath making light of a thing like that.

My comment shd say "limits IMposed by others". Ouch.

There seems to be a consensus here that you should focus your query on saving mom. Screw the warlocks.

Part 1: Rachel is a mechanic. Taking things apart and putting them together again helps take her mind off her other ability: the Sight. Rachel has visions, one of which is her mother being murdered.

Part 2: Based on clues from the vision, she sets out to find her transient matriarch and enters the supernatural community she’s avoided for so long.
Rachel encounters warlocks who need her vision to unseal a family secret. She needs their help in navigating the unfamiliar underworld.
But there’s more going on in the story. (Tell us what this is, i.e. Rachel discovers unsealing the family secret will kill a thousand mortals.) In addition, the last seer who tried to help the warlocks didn’t see his own premature end coming.

Part 3: Marshaling all her skills
as a mechanic, a seer, and what she’s learned in her search for her mother while in the service of the warlocks, Rachel must…..

The only think I want to caution you against is too much "supernatural" influx. You have seers, warlocks, and witchcraft. If everyone is extraordinary, then the interesting part of the story becomes unweildy and uninteresting.