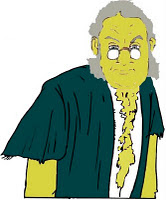 
The following plots appeared in the Guess the Plot feature during the past year. Were they all fakes? Or was any of them the actual plot of a minion's novel?


1. On the cusp of her 100th birthday, Oya is chosen as the Peace Maker. But what can one woman do against a terrorist with an army of zombies? Shouldn't they have chosen a 17-year-old high school girl for this?

2. Takisha and Bud learn their credit cards have all been canceled, the phone goes dead, and the zombie who lives next door leaves a mess on their sidewalk. Bad luck comes in 4's, so . . . What's next?

3. Peopled by blood-splattered retirees, Dismal Key is the only remaining zombie habitat in the southeastern United States. And a Florida real estate developer has her eye on it.

4. Kindar has found a cure for vampirism. Now he has a posse of seriously pissed-off vampire fiction writers wanting him dead and the cure lost forever. But Kindar has zombies as allies. After all, they want writers to portray them as romantic souls, too.

5. It's 1793, and Captain Andrew MacDougall of HMS Relentless navigates dangerous seas as his crew dies off man by man of a mysterious illness. Then they all rise as mer-zombies and force his ship to sail to various hellholes that zombies like.

6. After the Zombie Non-Discrimination Act passes, Oliver Penworth sees an opportunity to expand his formaldehyde trade. But when he hires a few of the undead, he learns valuable lessons about tolerance, respect, and proper ventilation in the workplace.

7. The latest fashion at Swan's school; shiny. One little capsule and you'll glow in the dark for 24 hours. Everyone's doing it. Is it Swan's imagination, or do they get more and more zombie-like with each dose?