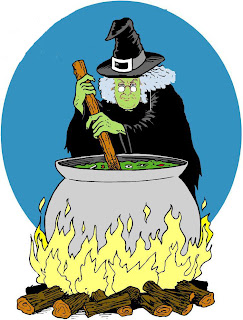 The following plots have appeared in the Guess the Plot feature, but not all of them were fakes. Can you remember which three were the actual plots of minions' novels?


1. Millie's mother was hung as a witch. Her aunt has been sheltering her ever since, trying to keep her from the prying eyes of the local law. But Millie can't stop playing with bones, cats and candles. Is she just a curious girl, or is she really her mother's daughter?

2. Nausicaa's motto is No stranger to danger. She's made it her mission to rescue witches from the executioner, but who is going to save her, now that her fellow freedom fighters are about to go to war with the oppressive government, and she's lost her memory? If only she could find the man of her dreams…

3. Thumbelina has been wandering the pathways of the Alderton Maze in search of a way out for seven hundred years, when at last she encounters the wizard-hedgeman with his magical clippers. It's spite at first sight, but they must work together to forge an exit before that wicked witch, Tiffany, returns from the hairdresser's -- or be lost forever.

4. Hoping to avoid looking fat in their graduation gowns, a coven of witches summon a demon who can freeze time and allow them a few extra personal training sessions before the ceremony.

5. When Rebecca Thompson realizes there is another dimension that mirrors earth, where our shadows live and breathe, she enlists the help of her best friend Gregory--a warlock--to transport her there. If Rebecca can steal her mother's shadow, she can use it to get her mother out of a coma. But Greg has other plans for his "best friend."

6. Potions don't come cheap. Meg has stayed young and beautiful for centuries by cheating mortals out of their hard earned cash. But when her used car business goes under, Meg is forced to take swindling to an even higher level: Infomercials.

7. In the sleepy English town of Swindle Witch, Postmistress Wendelin May sells eye of newt along with stamps and sweets. But when Sir Edward Fezziwig chokes to death on a newt eyeball, Wendelin must turn amateur sleuth to clear her name.

8. Octavia Bly, the last witch in Massachusetts, used to intoxicate people with love potions, poison their soup, fly around at night . . . old-fashioned stuff like that. She loves the 21st century. She's in overpriced real estate, tech companies that make only virtual products, and Internet dating sites. Which brings her to the attention of the Chinese Dragon Society -- a group of witches who want her dead.

9. When a creature kidnaps her parents and sister, Patricia's magic isn't strong enough to get them back. So she accepts an offer of help from a witch named Lillian. But this witch is also a liar and a murderer and a thief, so Patricia isn't sure she can trust her.

10. Investigative journalist Martha Jameson poses as a witch to infiltrate the local Wiccan group, whom she believes are manufacturing amphetamines. Imagine her surprise when they actually turn out to be vampires!

11. The village of Swindle, Massachusetts is known for never letting a wayfarer escape with his shillings. But when the problem comes to the attention of the Bay Colony authorities, the villagers all blame Strange Maggie. Can amateur sleuth Patience Goodbody keep them from stringing Maggie up?

12. 17-year-old Alanian and his sister Anneallan must steal the Sword of Azallyan from the Hall of Allazynan to save the Kingdom of Allazhean from destruction at the hands of evil Emperor Annazealhan. That is, if bumbling warlock Fred doesn't ruin everything first.

13. Frustrated bowler and evil-warlock-in-training, Hackasack, has fumbled a spell on the black light lamps at Bowling Land, causing a town-wide eclipse of the sun. Only a perfect game can break the spell. Can bowling wonder Rory save the town?

14. In ancient times a young Chinese witch learns to weave silk ribbons that can change fate, a skill she vows to use for only good. But she is forced to marry an evil emperor and must decide whether to serve and obey him like a good wife, or magically bind his life to the fate of a chicken.

15. The boys' camp always won the Muddy Lake fishing contest. But this summer the girls have an advantage, as Wiccan counselor Kate Hecky adds enchantment to their fishing rods. But their lures attract a lake creature older and bigger than anyone expected. Can Kate and her novice witches send it back into the deeps?

16. The Garlia Elves call warlock Jarak Blackfist a vengeful tyrant. Indignant and outraged at their slander, he destroys their race, razes their cities to the ground, and salts their lands, figuring that'll teach 'em.

17. Selma Baker has kept her position as head secretary at Consolidated Megaplex Holdings, Inc. despite her unpleasant phone manner and poor typing because she's the only one who can get the office copier to work properly. But when friendly and efficient Tassie Jones fills in during Selma's bunion surgery and the copier doesn't jam once, Selma dusts off her cauldron and spellbooks in order to hang on to her job.

18. When the Midvale Book Club and Wiccan Circle miss a syllable in their incantation to the earth mother, the ladies reach the wrong deity and accidentally set loose Shiva, goddess of destruction. Can they appease the goddess before she smites them all?

19. Yet another hot teen witch enrolls at Crossland High School. It's getting so there's no room for bicycle parking anymore, with all the broomsticks.

20. A Wiccan wannabe sets out to train an orangutan to perform religious rites. Hilarity ensues when the ignorant ape guzzles the ceremonial ale and then starts grinding the ritual cakes into the derrieres of female attendees.

22. Vesta Marcotte knows there are only three ways to become a witch: innate talent, years of study, or paying someone from the occult black market to steal some witch's powers and transfer them to you. Having chosen the easy way, hilarity ensues as Vesta tries to master the powers of Allora, the most powerful witch in the western hemisphere.