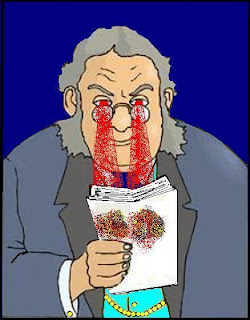 1. Hot sticky buns dripping with white sauce from a well packed sausage amidst the moans of “ooooh”, “ahhhh”, and “oo la la”; the smells and sound of Rococo delight permeating throughout the entire hall. Nobody knows food love like the French!

2. Celie La Belle has sold millions of books about her life in a little French town. But when a disgruntled ex decides to expose her as Sherry Brewster of Dayton, well, c'est la merde.

3. Dana is obsessed with romance, foreign movies, and Paris. When she gets a shot at studying abroad, she's determined to fall in love - but quickly discovers none of the French boys has any idea what a proper courtship should look like.

4. Cate's life is perfectly sensible compared with the French, who are all wack-jobs. But when she falls for the hunky Monsieur Brousseau, she learns there's a lot about the French she didn't know--like the real reason French women don't get fat.

5. Jean-Claude and Henri are both in love with Isabelle but she burns with love for Anne-Marie who is enamored of Laurent. When Isabelle organizes a surprise party for the friends, alcohol and swimming lead to tragedy and all of their lives are changed. Especially Henri because he's dead.

6. Klutzy Francophile Sally Merton has the best of all worlds until a witch puts a mix-up curse on her. Now she's eating like the English, loving like the Germans, and dressing like the Russians. Kill me now, she thinks.

Cate has been wearing her G-string back-to-front all day. She hasn’t felt especially uncomfortable. [You wanna know uncomfortable? I once wore my shoes front to back all day.] No more than usual anyway. But she’s had a lot on her mind lately.

It’s not just that her husband is dead. That happened two years ago. It’s mostly just the day-to-day chaos of her life. This week alone her brown-nosing colleague has been defaming her at work, her flatmate has turned her spare room into some kind of hostel, and of course, there was that sweaty indiscretion with the office mail-clerk… [We don't need to know that Cate isn't any more uncomfortable than usual, or that her husband being dead isn't what's mostly been on her mind. That's wasted space. Combine the first two paragraphs into something like:

Cate has been wearing her G-string back-to-front all day. Forgive her; she’s had a lot on her mind lately. This week alone her brown-nosing colleague has been defaming her at work, her flatmate has turned her spare room into some kind of hostel, and of course, there was that sweaty indiscretion with the office mail-clerk…

All that leaves out is the dead husband, but you tell us she has a dead husband later on.]

If only she’d gone to St. Marc earlier, Cate would have felt much better about things. [What is St Marc? A spa? A bed and breakfast? Google thinks it's a city in Haiti. Also various churches, cafes, etc. If you go to later Google pages you can find St. Marc la Blanc, St. Marc sur Mer, etc. If we know what St. Marc is, we might have some idea why going there earlier would have made her feel better about things, but that's such a vague statement, it probably wouldn't matter.] Because the French are truly nutty. In comparison, her life is downright sensible and orderly. [I'm pretty much lost. You're saying Cate would feel better about the chaos in her life if she had discovered earlier that the French are nutty?] But when a steamy affair begins with the dreamy Jerome Brousseau, Cate embraces the joys of Gallic lunacy, and learns the real reason French women don’t get fat.

Cate has a secret though, and it is a doozy. That burny feeling in her sternum is not indigestion, it is guilt. And it is something to do with her dead husband. When the residents of St. Marc find out what Cate is hiding, they begin to wonder if the British are, in fact, the crazy ones. [You might have mentioned earlier that Cate is British.]

My women’s fiction manuscript Love Like the French (85,000 words) plays upon the amusing disparity between the French and the English, when it comes to passion, fidelity and love.

I am an Arts graduate, freelance journalist and blogger in Melbourne, Australia (www.__________.blogspot.com). I am currently working on my second novel.

Thank you for considering Love Like the French. The full manuscript is available on request.

What, exactly, specifically, in detail, is Cate hiding? It seems to be the whole crux of your story, assuming you have one. It's what the query should be built around. And you keep it secret?

Is Cate now living in St. Marc? Is she there on vacation?

Here's your plot as far as I can tell: British woman with chaotic life goes to St. Marc, gets romantically involved with sexy French guy, but then her secret secret comes out. And this revelation affects her life in some way. What's the secret, and what happens? You need to have a story, not just a character.

We don't need to know you're a blogger. Everyone's a blogger.
Posted by Evil Editor at 9:50 AM

This is coming from the perspective of a non-fan of women's romance, so all my "criticism" may actually be exactly what you want to hear.

This sounds like any number of tales about stuck women who get unstuck through steamy sex with a witty rapscallion in another country. I'm guessing those free-spirited French told Cate to live and love for today and to free her body so her soul may soar -- or is it the reverse? Is there a pithy saying the St. Marcians have about flinging off guilt and grief?

Again, I don't read chicklit, but I think I'd be more interested if I had a stronger sense of Cate's loneliness or isolation. I'd like to know that this story contains a real twist rather than a pile of cliches. What kind of marriage did Cate have? ONLY IF it wasn't much of a marriage would I be willing to entertain the notion that a clear conscience is just a fuck away. I hope I'm not oversimplifying your story, but that's what I'm getting from the query.

Gee I wonder what 150 will say. I hope she says it emphatically enough for the both of us...

I'm sorry, but my brain just about stalled at the thong thing. I really don't care about that particular detail.

In fact, most of the details invoked an "I don't care about this" feeling. And despite the fact that I have a pretty good idea what your protag's "secret" is, that doesn't intrigue me either.

You need to do something to make this stand out in the crowd, but I'd suggest a version minus the thong. Then gauge carefully who will respond well to it and who won't.

Hi, author! I think EE is right: the query needs plot. Start with "When Cate [verb]s" and go from there. What does she do that has consequences? Specifically?

My first thought was that the difference between French and English sensibilities has been pretty thoroughly plumbed in literature over the past few centuries. That's not why I would read this book. I'd read it because it featured an interesting pair of people doing interesting things. This query doesn't present either one.

I tried to check out previous versions to see if you had any more details out there, but Google thinks the writers.net forum is viciously evil, so no luck...but we'll take a look at a rewrite or any specifics you can drop in the comments.

To be fair, if this is meant to be subbed to UK agents and publishers, it could be assumed that Cate is British. Other than that, I can only agree that this needs a lot of specifics. I'd especially want to know why a village of French people would even care what the secret of some random Brit tourist is.

Oh, and a nitpick, but there is a difference between a thong and a G-string, at least on this side of the Atlantic. A thong is simply underwear, but a G-string is professional attire for strippers.

If she killed her husband, put it in the query. I'm rather hoping she did; it'd spice this query up.

Can't help feeling that an author who's (apparently) an Aussie would do well to provide some information about how they come to know about the Eng/Fr divide. Otherwise I might not feel much confidence in the amusing disparities. Which aren't always that amusing anyway.

I agree with Buffy, because there's clearly no historical evidence to suggest there may be British (or French) people living in Australia.

Rachel, I think you just coined a terrific joke. I'm going to start telling people that, coda and all. "My roommate broke 3 g-strings..."

And in any case, Anon, what makes you think that disparities between Brits and French in Australia are exactly the same as those across the Channel?