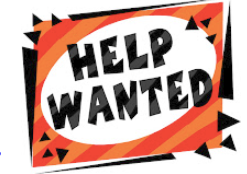 The author of the opening featured in New Beginning 1072 and 1074 would like feedback on the following alternative opening.

The salt that gave the Blood Flats their color made them near-impossible to farm. They also flooded with seawater on occasion, and the small collective of which I was a part would need to migrate to the forest. However, the Blood Flats did have their uses; the barrenness of the land provided excellent visibility, the priests had to walk for several days to bring us supplies, [Why is that an advantage?] and there were a few caves and unpolluted springs. Best of all, some of the rock could be poisonous. [Almost everything on that list could be seen as disadvantages of the Blood Flats.] Unfortunately, we were having difficulty getting small enough pieces to make into weapons.

We had rope, woven from the few tough grasses that grew in the less toxic parts of the Blood Flats. It was great for mundane use, but would not stand up long to the Dragon Warlord. Wood had a similar problem. Our only hope of defeating the Dragon Warlord lay in stone, and our combined talents. [Basically, straw didn't work, sticks didn't work, so they went with stone. This is the plot of The Three Little Pigs.] [Which, I now discover, I pointed out in my notes about New Beginning 1074.]

Soon, the Dragon Warlord would need to eat. We were running out of time. [Wait, the Dragon Warlord is an actual dragon? That would be clearer if you referred to it as "the dragon."] [Also, I now have less respect for their intelligence if they thought rope could defeat a fire-breathing dragon.] Han, trying to pick up a boulder, collapsed. [If I can't tell by looking at it that I won't be able to lift a boulder, I know within one second of trying. I don't grunt and sweat and throw out my back.] He had been using Hope to work harder than anyone else, not quite believing that the glowing blue leaves could be deadly. [He was told Hope was deadly, but didn't believe it? So he decided to test the theory by lifting boulders? They're all morons, but Han is the king of the morons.]

Vole, the half-priest, took over the watch at the end of the day. [Vole? Wait, are these talking animals? And the Dragon Warlord is a Komodo Dragon? Suddenly I love this. If they're people, change them to animals.] Many people didn’t quite trust him, but he was the only one who could tell when the priests were sending out the Dragon Warlord. [So the priests are villains? And the half-priest might not be?] He would be on night watch until the Dragon Warlord had eaten. I fell into an uneasy sleep wondering who would be next. We would not be ready in time to save them.

I woke up suddenly, lying completely still and straining my senses for any hint of what had woken me. Another tap came at the entrance. Jumping up, I sprinted over to yank at the spot in the pulley system that would quickly pull the entrance-stone away. [If they all get into the cave that has an entrance stone that can only be moved by the pulley system, they should be safe.] Vole was standing outside, looking guilty. His strange eye mirrored that of the Dragon Warlord and the scar that went through it twisted half his face into a permanent grin.

I'm afraid I don't see that significant changes have been made since you submitted the version in New Beginning 1074. You added part of what was in 1072, but didn't address the biggest problems.

One vole would not be a meal for a Komodo Dragon. It would be like an amuse bouche.

Hi writer, this is a bit all over the place. Is there a reason we need to know the technical makeup of the blood flats up front? People are working, but it's unclear exactly what work they're doing. If they're building weapons or traps or something, it might help to say so. The priests bring them supplies but also send out the Dragon Warlord? Confused about the relationships there. You mention the Dragon Warlord five times without going much beyond he/it's a threat that needs to eat, which you could state in one sentence. Even with all the description, you somehow miss stating your viewpoint character is in a cave(?I think) and who they are (are they a talking animal?).

I think you're attempting to convey a sense of urgency, but it's coming off as just vague to me. I don't know Who, have only a vague idea of What and Why, a partial idea of Where, and no idea of When other than not when some collective has migrated to the forest. If you want to convey desperation and urgency, specific details will be more useful: e.g. We need to get these poisonrock-tipped spears into the pit and then hide before noon when the priests bring their pet dragon to eat Jimmy, who's the best hunter for the collective but also the fattest.

Hi. I think you're story actually starts in the last paragraph. Before that is a whole lot of summery. I didn't even know this was a first person narrator until the last paragraph, where things start to happen. The beginning is very likely things you need to know, but they aren't relevant to the reader yet. I think it would be wise to weave the world's details into the story as they become relevant to the action.