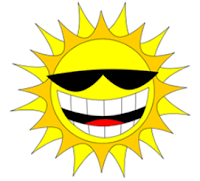 Warm sunbeams touched open fields and wood fences in the village of Lambahvras. The river Pehm, sleepy in this stretch of its journey, flowed west along the southern edge of the village, sparkling in the morning rays. Spring ice; thin, clear, and delicate hugged the edges of the riverbank. In a rapid sequence of cracks, one piece broke free from the mainland and floated with the current for a few yards before becoming one with the river again.
Up the northern slope of the riverbank, at the highest point, sat a weathered stone cottage, its windows set alight by the sun’s glow. Every sunrise, no matter the time, no matter the weather, no matter her health, Maska Rue Knottswood stepped outside her cottage’s red front door as she had done for the past seventy three years to take note of who failed to appear for Sungreet.
Sunlight may have brightened the scenery, but Rue still felt the spring chill in her thin-skinned hands and in the stone beneath her thin soled slippers. Her shrewd eyes noted with glee that Meadow struggled to coax her young son Thaw through the door of their house.
It was a different story with Sky and her four boys. The oldest, Volcano, erupted from the house on a dead run, trampling the brittle grasses that had struggled to survive in the frozen yard. Thunderhead moved more slowly, brooding with his dark eyes downcast and his hands in the pockets of his worn trousers. The youngest, Whirlwind, zoomed in random circles while making odd humming noises that unsettled their two skinny goats. There was something wrong with that boy, thought Rue, although for all his oddness he seemed happy enough. But where was Downpour? It wasn't like him to be late for Sungreet. Oh, wait, there he was, stepping out from behind a newly dampened tree, hitching up his britches.

As usual, the boy still wore his pajamas. One of these days, Rue merrily allowed, her neighbor would reset her clock to Daylight Savings Time.


For she knew that if Thaw failed to attend Sungreet, she could legally roast and eat him.

I think the detail of one piece of ice floating into the current is too specific. Presumably this is gonna happen to all the ice, so let's not treat it like it's worthy of being singled out.

The word "glee" is pretty strong; I assume you're about to explain why Meadow's struggle to coax Thaw out brings such joy to Rue. Are you? If not, I'd go with "amusement." I mean, if you've been looking to see who didn't show up every day for 73 years, not showing up must mean something momentous has happened or is going to. Something really good or really bad. And if that fills Rue with glee, she must be a really good or really bad person.

JRMosher's continuation is indeed brilliant, especially how all the verbs correlate to the names! I might actually borrow some of those names for other characters in the village.

Of the three, I think JRMosher's continuation was the best, but I like the others too. My friend loved EE's.

I appreciate the thoughtful feedback, EE. You may be right in that 'glee' is too strong. The next section does explain why Rue is 'pleased' to see the mom struggling, but it's not as momentous as cannibalism. Actually, maybe pleased / pleasure is the better word.

Maybe the ice detail is better suited to a haiku, than a novel?

I'm thinking you might want to start with the second paragraph. That way the story begins with a character. I do like your descriptions of a chilly morning in the first thaw, with the ice melting off the river, but it does slow down Rue's appearance and introduces a lot of place names to keep track of before we know enough about the places to really connect the names to them, if that makes sense.

I appreciate you saying that you like the description, but maybe this is not the right place for it.

I think you might have gone a little Adjective crazy.
I count at least 20 words used to modify other words, and this is just three paragraphs.

I want to get off and running in the first sentence, and hitting me with a proper noun as unfamiliar as "Lambahvras" is a speed bump (how do I pronounce it?). Then the very next sentence doubles down with the river Pehm. I'd wait a few sentences before introducing the geography.

I agree with Chicory. I loved your imagery of the frost but got kind of lost there. Why can't we experience Rue observing the scene rather than experience the scene and suddenly there's Rue?

I'm also confused whether or not Meadow and Thaw are real people or personifications of nature, and I quite like that. Either way, that's working.

Thanks for the additional comments!

I'm relieved the feedback is so consistent. Description is not my forte, so this was a focused attempt at scene setting. I'm thrilled to hear that it was effective, even though its too slow, especially for a beginning.

You guys gave me some good ideas on paring back and shuffling the details in more organically.

Thanks for slogging through it and I'll try to give you something more exciting next time.

This is too wordy. I can hear your brain clicking as you attempt to set a scene. Cut this in half, at least. Put a shivering ant on the floating ice and have him sail down the river to meet the old lady.

Thanks Cavalier! You're not wrong about the brain clicking. This was a deliberate attempt at an establishing shot.

I have mixed feelings about it. The overall consensus seems to be that it's wordy, slow, detached, and that some details are unnecessary. I don't disagree but I'm still pleased with the imagery and sensory details. Maybe I need to work these details and scene setting in more organically as the characters and plot move forward.

If you have a moment and are so inclined, I'd love your thoughts on New Beginning 1092!