Evil Editor to Not Appear on Dancing with the Stars...Again 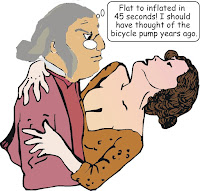 The new Dancing with the Stars Cast has been announced, and once again Evil Editor is not among them. The cast includes four people I've heard of: Chaka Khan and Gary Busey, who are both so old they couldn't do a slow dance without needing to crawl inside an oxygen tent: Paula Dean, who agreed to appear only if they didn't stick her with an African-American partner; and seventeen-year-old Mindi Erwin, whose claim to stardom is that her father was killed by a sting ray about a decade ago. 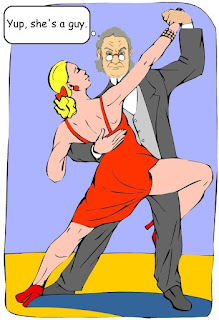 The other eight cast members I won't bother naming. Trust me, they aren't as famous as Evil Editor. I know this because I've never heard of them and I'm pretty sure everyone's heard of Evil Editor. So what gives? Do they just not want to risk that an editor wins the mirror ball trophy instead of a no-talent celebrity? Not a problem. There's little chance I would even make it to the final four, and if I did, I'd throw the match and let someone who actually needs the publicity win. Screw 'em. If they don't want me, I know someone who will: American Ninja Warrior.
Posted by Evil Editor at 11:15 AM

Does Dancing With The Stars have any restrictions on competing while invisible and pseudonymous?

But I did hear that world famous literary agent Hannah Rogers was going to be on it. Are you going to watch her dancing with some hunky guy week after week?

Do you need a drink right about now? I've got a bottle right here.

That'll save me some dough on an underground bunker.