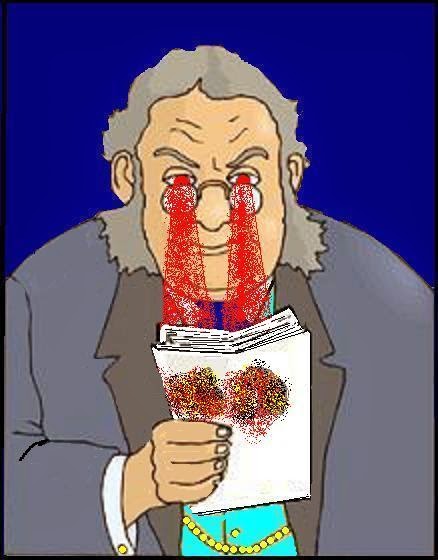 1. Never the sharpest knife in the drawer, Harry Bumm buys a postcard while on vacation in the City of Djinn and sarcastically writes 'Wish you were here' and sends it to his ex-wife. Seconds later, she appears in his hotel room. Can he get rid of her before she fulfills her wishes to reconcile, have ten kids and move in with her witch of a mother?

2. By day Gilbert York is a prosecutor for the city of San Francisco, by night a video game creator. Pocket Djinn is Gilbert’s new monster collection game. Gilbert brings a copy to work where a freak power surge releases the djinn onto the city mainframe. Now Gilbert must use his coding skill to fight every pocket djinn and bring them home before it’s too late!

3. Everyone knows never to make a wish in the city of Djinn. No stranger to the rules, Alexander has always resisted the temptation until he sees beautiful Eleeza, and in one unguarded moment does the unthinkable.  Now a djinn holds Eleeza's future in his hands unless Alexander can perform the dangerous ritual of un-whishing.

4. Worst wedding day ever: Meron's friends and family are all killed by raiders, she's left alone in the desert still wearing her wedding clothes, and then she gets captured by djinn, shapeshifting monsters who plan to take her to their city and have her for dinner, and I don't mean as a guest.

5. A disgruntled teenager heads to the big city, where people go to forget all their troubles, where it seems everyone is willing to fulfill his every wish. Life is fantastic, until he hits rock bottom and realizes this isn't a city of djinn... It's a city of gin.

6. Archaeologist Ahmed Rais returns to his homeland Iraq, hoping to rebuild the great museum. While cleaning some ancient silver, he is whisked away to a magic land where everything is strange and few speak his language. Just how did he end up in Dearborn, anyway?

7. When Jean Djinn comes of age, and into her powers, she thinks life can’t get any better. Pulling chairs out from under people, making the pavement over sewer lines disappear as people stroll along, materializing pies for people to walk into face first . . . Then they catch her, and send her to genie juvie to learn some respect. Now, she’s out for revenge, badda-bing-badda-boom style. And no jail in creation can hold her – especially not one located in the . . . City of Djinn.

8. Donnie dreams of becoming a star, the number one requested condiment on the planet, the name that’s on the tip of everyone’s tongue. But when he can’t even cut the mustard enough to make the top ten… well, what’s a self-respecting plant like him to do? Wait… what? City of what? Ohhh, Djinn. Never mind.

9. Slave trader Hamsi is an unpopular man in an unpopular profession. Just when it seems he may have to earn a respectable living as a shoe salesman, he stumbles upon the wondrous City of Djinn. So many potential slaves, so few oil lamps to trap them in.

I’m seeking representation for City of Djinn, a 95,000 word YA fantasy set in a desert world with elements of Persian mythology. [I'd put this at the end.]

Blighted babies should be given to the desert. To do otherwise is to invite the wrath of the gods. [Get rid of this.]

Because of Meron’s birth defect, she’s been ostracized by her tribe: blamed for every lost camel and sick child [Why haven't the tribe given her to the desert?] and betrothed to an old man who already has two wives. And he only agreed to marry her because he owes her father a favor. [When someone owes you a favor for, say, feeding his camel while he was on vacation, it's considered bad form to demand he repay you by marrying your daughter. Especially if he's already married. Twice. Is the reason he has two wives because he owed two other guys favors?]

On the night of her wedding ceremony, raiders attack, slaughtering Meron’s tribe and leaving her alone in the middle of the desert, still wearing her wedding clothes. [At least there's no one left to blame her for this.] Her survival depends on crossing a land riddled with dangers: giant crabs that suck their victims dry, and immortal beings she thought were myths. When she’s captured by djinn – shapeshifting monsters that prey on humans – Meron is given a choice: die with the other captives [Who are these other captives?] or discover who’s been enslaving the djinn and why. [How do they know the djinn are being enslaved if they don't know who's enslaving them?] If she succeeds, she and the other captives will be freed. [Or so the Djinn claim, but can you really trust shapeshifting monsters that prey on humans?] If she fails, they’ll be dinner.

As the trail leads her closer to the dark kingdom next door and the beasts that guard it, Meron learns why the djinn selected her for this task and discovers a secret that could propel her to the upper echelons of society, blighted or not. [In my experience, when you're in danger of becoming someone's dinner, you tend to put your place in the societal order on the back burner.]

This is my first novel. I hope it will appeal to fans of Rae Carson’s Girl of Fire and Thorns and Tamora Pierce’s Tortall series. [I'd replace this with the first sentence, or combine them.]

I think you should tell us why Meron was selected for this task and what secret she learned that will make her the toast of the ton.

Enslaving a shapeshifter seems impossible. He can turn into a snake to slip out of his shackles. He can become a cheetah and run away, or a bird and fly away or he can turn into the Hulk and pound you into a pulp. If this world has sorcerers capable of preventing shapeshifting, then the djinn should be smart enough to figure out that it's the sorcerers who are enslaving them, instead of sending Meron to find out who's doing it.

I can see why the blighted baby thing is not needed. It is stand alone. I am assuming her father did not kill her. It might read better if the author wrote it as.

"When Meron's father refuses to kill her as an infant the tribe she is ostracized by the tribe, blamed for the death of every camel..."

Just my two cents. Good luck. It sounds interesting. I don't know of any fantasy books in this setting.

In addition to explaining who the other captives are, explain why - beyond general solidarity with her fellow humans - Meron care about what happens to them. Does she have some emotional attachment to any or all of them? Is she hoping to prove that she's more than a bad luck charm? Presumably Meron could just run away and leave the other captives behind if it were just about saving her own skin.

A description of what Meron's birth defect is as well as how it makes her the one who can solve the djinn's problem for them would be good.

This is promising, but it gets too vague after Meron leaves the djinn. A query doesn't nee to hold back as much as the blurb on the back of a book. All you really need to leave out is the climax.

You probably don't need to say that this is your first novel.

"As the trail leads her closer to the dark kingdom next door and the beasts that guard it..."

How are the Djinn preventing her from just heading off in another direction? Is it just her bond with the other captives? Are there other reasons for helping the "shapeshifting monsters that prey on humans" versus the dark kingdom? How much worse is the D.K.?

I just want to point out to EE that "shapeshifter" is a term that covers a lot of ground. It doesn't have to mean someone who can turn into any animal they want. Most of the time, in my experience, it doesn't. It can mean anything from someone who has one particular animal (or creature) they can turn into to someone who can simply make themselves look like other humans. (The Potterverse, for one, has many types of shapeshifters: animagi, metamorphmagi, and werewolves at least.) The query author doesn't specify what "shapeshifter" means here (which might be helpful), but I don't think most fantasy readers would automatically assume that it means one specific thing like that.