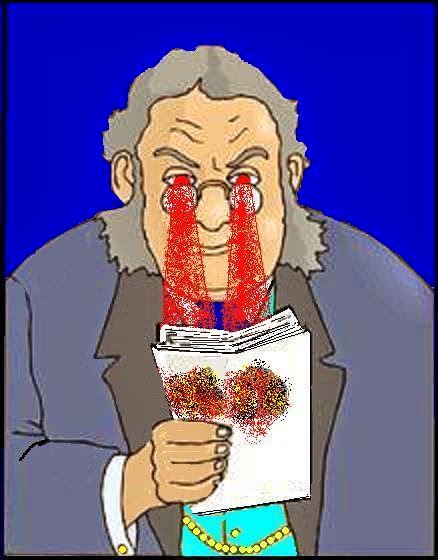 1. The last thing Jerry expects when he books his flight to Vegas is that two different terrorist groups will have teams aboard the plane trying to bring it down. Or that the winners of the national mixed martial arts championships would also be aboard, heading home from their White House visit.

2. Klarissa thinks her jet black eyeliner is sexier than Marissa's kohl eyeliner. When Marissa shows up at the school dance with the new jet kohl eyeliner, and Klarissa's crush, the fight is on! And where did all the werewolves wearing the newest jet black kohl eyeliner come from?

3. Jason has big hopes for his new game, Battleground:Jet. Dreaming of millions and a life of leisure, he releases it to adoring fans who swoon with joy over the high-tech game. But there's just one problem: All his fans are girls. Girls playing an air combat game? Yuck! Now what will he do? And will he have to leave the basement to do it?

4. Fourteen-year-old Jet enters the BattleGround Games hoping to become champion of the solar system. If he wins, he gets fame and fortune. If he loses, billions of people die; and you don't even want to know what happens to Uranus.

5. Hades' Devilspawniest EVUH gather to argue the toss over PERSONAL EVIL. Only one will make Apocalypse Academy. And RULE. Will Yellerpants Kindasatany Lite make the grade? Or will the "Jet Black Persona" Clause precipitate foiled fiend oblivion?

(Hi, thank you for doing this! In addition to the query, I'm concerned about whether such an anime-style plot is sellable to the Western market. Can I get away with a story like this?) [I can't tell if you're afraid Westerners are too sophisticated to buy into the plot, or too stupid to get it. Guess we're about to find out.]

The BattleGround Games are the solar system's most popular sport. Competitors use advanced technological and magical "upgrades" to fight their opponents [It's like the Olympics, except you can cheat.] on areas that vary from abandoned cities to entire planets on the edge of the system. [Is this our solar system?] [If so, the planets on the edge of the system are Neptune and Uranus. No one cares about Neptune, but I hope the technological upgrades allowed to competitors from Uranus don't include noxious gas bombs.]

Fourteen-year-old Jet dreams of competing in the Games, and after a chance encounter with a disgraced former Battler, [He was disgraced for using advanced technological upgrades that were a little too advanced. I mean it's one thing for Oscar Pistorius to wear springy blades, but this guy blew the field away in the marathon by using a motorcycle.] [It would be cool to see an Olympic high jumper come out wearing a jet pack. There may not be a rule specifically prohibiting jet packs.] [I still can't believe they let Michael Phelps get away with wearing swim fins in the London Olympics.] it seems he might just get his chance. He does well in his first few games, and befriends a cheerful mechanic named Caera, who agrees to help him [A mechanic? Wait, is Jet a robot?] [How did he do so well before he had a mechanic? A Battler without a mechanic is like a Torturer without a thumbscrew, as the old saying goes.] during what she expects to be a short Battler career.

Jet finds a rival in the mysterious Lancer, an earth-born girl who doesn't seem to care for the fame and fortune that motivates most of the players. [Is Jet earth-born?] While investigating her origins, [To confirm that she wasn't actually born on Krypton.] Jet discovers a plot to rig the games -- a plot that would destroy several planets and kill billions of people, all live on TV. [To put that on a smaller scale, it's like the Jamaican bobsled team nuking every other bobsledding country so they can win Olympic gold.] In order to save the solar system, Jet has to win the Games and expose the cheaters. ["Cheaters" is a rather mild term to use for those plotting to kill billions of people.] But that's easier said than done, especially when he realizes that everyone around him has secrets, and no one is completely trustworthy.

BATTLEGROUND: JET is a YA science fantasy novel complete at 60,000 words. It is a self-contained novel, but has potential for a series. Thank you for your consideration.

I would label this Middle Grade rather than YA. Jet's a bit young for YA, and while you could make him 17 instead of 14, I think you'll find most people would rather the fate of the solar system were in the hands of Ender Wiggin than Ferris Bueller.

I would like a better idea of what the BattleGround Games are. If it's one sport, like the World Cup, what's it like? If it's more like the Olympics, what's Jet's event? A query for The Hunger Games would tell more about the games than that competitors can use a variety of weapons.

Are the villains willing to destroy planets and kill billions just to win the Games? Or is there an ulterior motive?

Is it normal for Battlers to investigate their opponents' origins? If so, why?

I'm not sure what makes this plot "anime-style," but I can see it appealing to kids.

Tighten your prose and add elements of suspense and tension.

Examples of things to remove:
- The disgraced Battler and Lancer do nothing in the query; leave them out or show why they are important.
- “In order” are unnecessary words.
- “easier said than done” is a cliché.

After tightening your prose:

The BattleGround Games are the solar system's most popular sport. Competitors fight opponents in abandoned cities and over entire planets.

Fourteen-year-old Jet dreams of competing in the Games, and he gets his chance. He does well in his first games and befriends Caera, who helps him

Jet discovers a plot to rig the games that will destroy planets and kill billions of people. To save the solar system, Jet must win the Games and expose the cheaters. But he realizes everyone around him has secrets and no one is trustworthy.

BATTLEGROUND: JET is an MG science fantasy novel complete at 60,000 words. Thank you for your consideration.

Down from 216 words to 106. Now add 150 words of suspense and tension. Also, show something to make us care about Jet. Does he have a weakness to overcome?

Go through your novel to remove clichés, redundancies, and unnecessary words and phrases. Then add character development, tension, and suspense.

I'm less concerned about whether Western audiences will be able to accept an anime-style plot (as most of your target audience is probably familiar with anime) than whether audiences anywhere will be interested in a story that, as the query has it, feels like an extremely cliched anime. Young, inexperienced protagonist determined to succeed in competition? Check. A former competitor who acts as the protagonist's mentor in hopes of redeeming his own failings? Check. Helpful girl sidekick? Check. Mysterious rival? Check. Multi-stage competition to tie it all together? Check.

If you've got something in here that doesn't feel like half the anime I've seen, that should be in the query. Anime can rely somewhat on top notch visuals to keep the audience interested and sell the reality of the story and its world. You can probably write some pretty amazing battle scenes, but they won't have the same immediate punch as a moving image. In a book, the characters are going to have to carry you through the story and I'm not getting a great sense of why Jet is a unique protagonist who I would want to stick with long enough to get to a cool fight scene on Pluto.

I don't see a problem with anime style as long as the novel is written as a novel (compared to a novel written like an anime). A lot of westerners follow anime and manga, so it should be fine.

The problem at the moment is I am not sure what the story is and I don't have a good concept of the characters. The first thing you need to do is explain Jet better and how he plans to save the universe from an evil plot. It would also be nice to add why there is an evil plot in the first place.

Why does Jet investigate Lancer? Does he expect her of cheating, or is he trying to romantically entangle himself with her and stumbles upon a plot to destroy the world? Is she the love interest? Is she being forced into destroying the world? How does winning the games help?

Other points, I would probably remove magical and just say technological upgrades. Technology in science fiction settings can be advanced enough already that we would consider it magic. You can leave it in the book, but it jars a little in the query.

The term TV felt out of place with robotic humans with implants. Unless we have a situation with varied technological developments in different areas. You could change this to 'a live broadcast.'

Saving the solar system is always easier said than done, but tell us how he plans to do it.

What are the Games? Is it like the endless ramp-ups to MMA that we see in Dragonball Z? Is it like paintball, only you die if shot? Is it a racing game, where you zip around to collect things? Is it a contest to see who builds the biggest, baddest mecha first and then goes on to MMA with other mechas?

What do they win? Do you win a broken planet, or your people's freedom, or what? In this case he's going to save the world, but that's only because he knows a secret. What's the stated prize?

Anime and manga are very popular amongst teens. That style won't hold you back in the slightest.

I echo others' comments that you should think about what are the elements to your story that make it unique, and try to get those across as much as possible in the query.

I'd also like to know more about who Jet is and why we would want to spend 300 pages rooting for him. He doesn't seem unlikeable right now, just a bit bland.